| Logout Log in/Register
Home > How To Lounge> Movies & TV > 'Loki' review: In the glorious pursuit of self-love
Stream of Stories

'Loki' review: In the glorious pursuit of self-love

In the six-part series 'Loki', the god of mischief is called upon to catch another Loki variant running amok across the multiverse 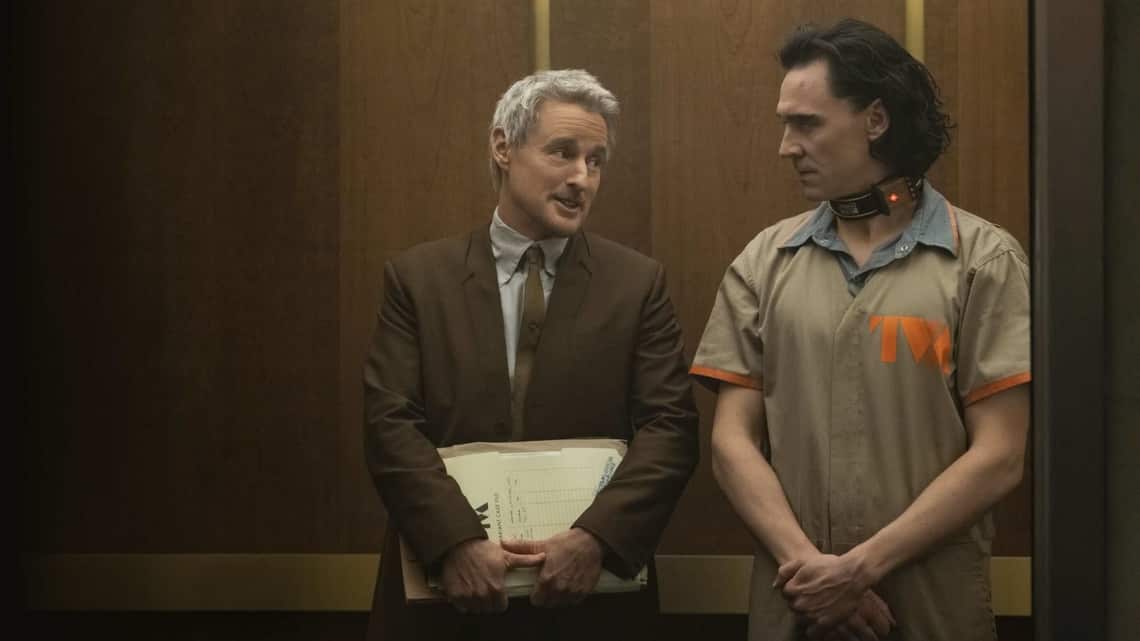 In Douglas Adams’ The Hitchhiker’s Guide To The Galaxy, there is a device called the Total Perspective Vortex. The only means of crushing a man’s soul, it involves entering a small chamber containing a scale model of the entire universe. The words “You Are Here” are inscribed on a microscopic dot, and absolute spatial awareness—knowing precisely how infinitesimal you are—cripples the mind.

In the Disney+ Hotstar series Loki, the trickster god of the Marvel movies finds himself plucked from existence and thrown into the offices of the Time Variance Authority (TVA), an orange and beige otherworld of administrators and filing cabinets. As Loki attempts escape, he opens a desk drawer and finds the Infinity Stones: those all-powerful stones that, in the Marvel films, controlled the cosmos and killed half its inhabitants. In the TVA, these are paperweights. They don’t matter, and seeing them discarded in this offhand way, Loki realises he doesn’t either.

Created by Michael Waldron and directed by Kate Herron, Loki is a six-part series about the god of mischief realising that no matter how much chaos he wanted to raise, he was always colouring within the lines. His villainy existed largely to inspire the good guys, a pompous punching bag who never posed an actual threat. Now the TVA needs his help: to catch another Loki variant running amok across the multiverse.

Yes, strap in, it’s multiverse time: parallel realities which will allow comic-book and screen canon to expand helter-skelter, to un-kill characters slain on screen, say, or to explore other universes where good guys were supervillains and vice versa. The multiverse will be explored in the next Doctor Strange, Spider-Man and Ant-Man films, essentially paving the road for the Marvel Cinematic Universe to bring back Robert Downey Jr’s Iron Man whenever contract negotiations allow.

Thus Loki walks around in a dull shirt, kept on a shock-collar controlled by Mobius, an analyst who dismisses the god of mischief as “talky-talky.” He is played by Owen Wilson, an inspired casting choice, as the blankly nasal surfer-dude from slacker comedies and Wes Anderson films happens to be uniquely qualified to dispense huge slabs of rulebook-y exposition without sounding boring: bemused, yes, but never boring.

With Loki played by the ludicrously charismatic Tom Hiddleston, those two actors—who once starred in the uniquely brilliant time-travel film Midnight In Paris— bounce off each other beautifully as they become unlikely allies and unlikelier friends. My series highlight is Mobius scolding Loki for being besotted smitten with a female variant of himself. “What an incredible seismic narcissist,” Mobius rebukes. “You fell for yourself.”

The sci-fi concept of “Self-cest”—self + incest—involves a person making love to alternate versions of themselves, from different worlds or times. This is perfect for Loki, not only for the aforementioned narcissism but, following repeated defeats from his brother Thor, the Avengers, Thanos and now the TVA, he needs reasons to believe in himself again. This series is, therefore, about a villain finding himself by getting in touch with his feminine side.

Sylvie doesn’t like to be called Loki. She is her own trickster being, played by Sophia Di Martino, a British actor I’ve loved since Flowers (Netflix), a wondrous comedy about mental health. She makes a fantastic Loki foil, one who can fight and lie like him, but is more self-righteous and vengeful than the slippery Loki variant we know. In a major step for the Marvel films and shows, both are bisexual—Loki’s dossier even lists his gender as “Fluid”. Di Martino and Hiddleston are great, two English actors hanging on in quiet desperation as the stakes are revealed to be much bigger than they are.

The show borrows from everywhere. Douglas Adams, The Wizard Of Oz, Albert Brooks’ Defending Your Life, David Fincher’s Seven, even—climactically—the Gene Wilder film Willy Wonka & The Chocolate Factory. The TVA aesthetic is a cross between Terry Gilliam’s Brazil and Ridley Scott’s Blade Runner, and there is a Blackadder-esque sense of playing the fool throughout history as Loki addresses villagers seconds before the eruption of Pompeii. The show steals the best scene — my favourite scene in all of science-fiction — from Mel Brooks’ Spaceballs where, panicking about an upcoming space skirmish, the occupants of a spacecraft watch a VHS tape of the film they are in to see if they can make it.

Here that is used straight-faced, as a parable about free will, and that—despite the excellent casting choices, and the delightful fact that one Loki variant is an alligator—is symptomatic of the show’s witlessness. In the lovely first episode, Loki is revealed as the hijacker D.B. Cooper, one of American aviation’s unsolved mysteries, and it feels the show will use this smooth-talking supervillain to toy with existing history. It doesn’t. When Sylvie and Loki first collide, she bests him on every level and it feels the show will have her tug the rug beneath his feet. It doesn’t.

As a love story (a self-love story) it never works, because Sylvie is exasperatingly underwritten. Sylvie seems cunning and brilliant till we actually meet her, after which she only seems angry and petulant. Loki turns insufferably emo when around her—sincerity is not a fine colour on the god of mischief—and it is never apparent what draws him to Sylvie. There are too few softly spoken magic spells. Love between liars demands gamesmanship.

On the Marvel TV scale, this scores higher than the charmless Falcon & The Winter Soldier but considerably lower than WandaVision, which I loved and which — despite its noisy finale — genuinely reflected on grief. The big Loki achievement is the fact that its finale, anchored by an exceptional Jonathan Majors, is a conversational gambit. Can even Marvel learn to turn the volume down?

Finally, some perspective. These Marvel products, however enjoyable they may individually be, have now become puzzle pieces, unable to function freely, forever burdened with setting the stage for the next release. The post-credit scene has never been as unsubtle as the one that ends this season. Loki may not be essential, but try it. You are young and life is long, and there is time to kill today.