| Logout Log in/Register
Home > How To Lounge> Movies & TV > India at IFFR 2021: 'Glossary of Non-human Love' and 'Everything is Cinema'

India at IFFR 2021: 'Glossary of Non-human Love' and 'Everything is Cinema' 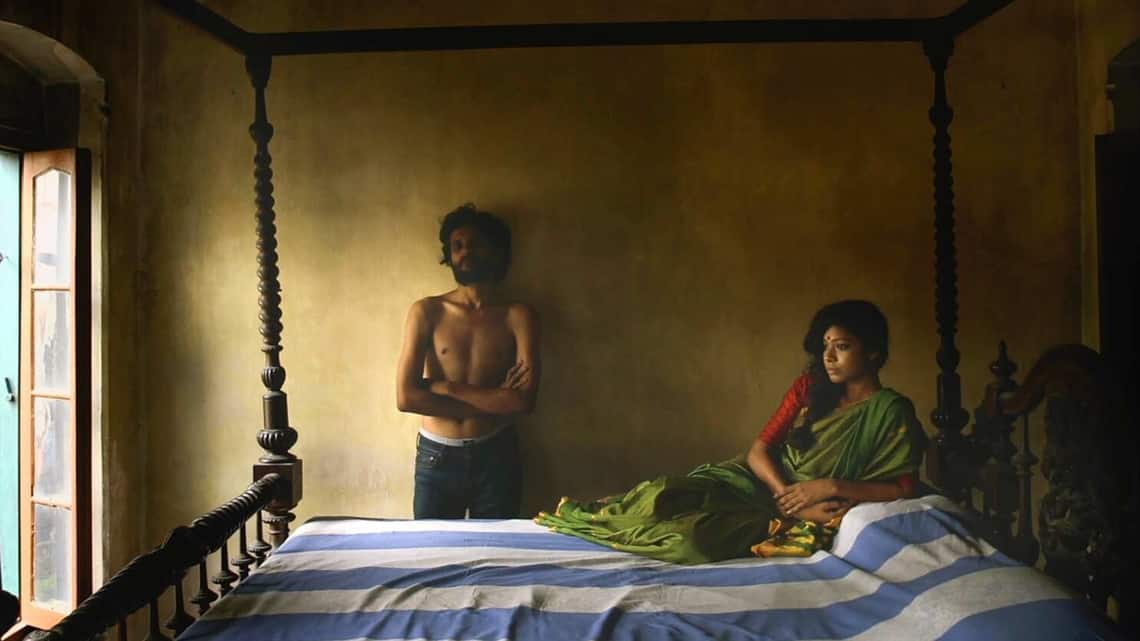 A still from 'Glossary of Non-human Love'

A train moves across the screen from left to right. The camera echoes the movement, panning slowly to the right, in the same direction as the locomotive. In the foreground, in front of the train, are three women, clad in sarees, striking a graceful pose before a tree, their heads gently responding to the moving vehicle behind them. The edge of the panning camera stops just to the right of the tree. We expect the train to come into view after it passes the tree, but no, the iron horse simply vanishes behind its trunk, as if swallowed by this compositional element. This shot, worthy of a John Ford, constitutes the opening of Bengali academic and experimental filmmaker Ashish Avikunthak’s seventh feature, Glossary of Non-human Love, one of the five Indian films screened in June at the International Film Festival Rotterdam (1FFR).

And it’s a shot unlike anything else in contemporary cinema, combining movement and stasis, a classical idea of plastic beauty with some SFX magic. It will be a question of such incongruencies and anachronisms all through Avikunthak’s film, which, we are told, is set in a future when Artificial Intelligence has taken over human life. Divided into 64 chapters, variously titled “Jealousy”, “Affection”, “Remorse”, “Delusion”, “Perfection”, “Rebirth” and so on, the film offers a series of vignettes in which half-a-dozen men and women, presumably hollowed out by AI, try to understand the cumulus of emotions and sensations around physical love.

The chapter names have little relation to what we see in the vignettes; if there is a connection, it is mostly oblique, for instance the chapter titled “Shadow” where an actor plays shadow cricket, or the one called “Non-Duality” where another performer smokes with a CGI double of hers. Many of the vignettes are propelled by dialogue, but the lines are shared by different actors such that none of them has any fixed identity. Several scenes feature the performers in the nude, composed into striking tableaux or engaged in minimal but precise movements, with their desexualized nudity echoing the blank states that their minds are. What sounds like residual memories of lovemaking are invoked, as are mythological and historical accounts; the difference between past and present, male and female, gods and humans all vanish in this collective stream of consciousness.

It is a tall order to process Glossary of Non-human Love in any meaningful way in one viewing, especially for those who don’t speak Bengali, caught as the eyes are between its visual provocations and the subtitles. Unless your name is Ashish Avikunthak, trying to closely follow its philosophical arguments will not take you very far. It will, in any case, take you away from the primary pleasures of the film, which lie not in its text but on its surfaces.

There is always something of formal interest in each of the vignettes, the film constantly experimenting with newer ways of composing them. At times, it is the gonzo camera angles that prompt the viewer’s eye to recompose space; elsewhere, it is the fragmented compositions in which the frame is divided into multiple rectilinear subframes, each one competing for our attention. Or it’s the fine-grained sound design, which suggests a world beyond what we see. Some sketches are presented as single-shot tableaux while others are distributed across several settings, jumping from one to another even in the middle of a single line of dialogue.

It is the use of architecture in the film that is most striking. Discounting the outdoor locations, Glossary of Non-human Love is shot inside half-a-dozen different residences in Kolkata and Mumbai. The buildings range from angular, modernist designs to colonial structures and traditional brick houses; their peeling paint, rusty ironwork, double doors and grilled windows with Indo-Mughal motifs, scorched courtyards and general lived-in quality possess a nonhuman sensuality and warmth that stand in contrast to the icy, naked bodies of the performers.

Despite the dead seriousness of its subject, Glossary is also a film with a subtle sense of humour. Many of its indoor scenes are intruded upon by the external world, either visually through the windows or in the form of ambient sound, which pierces the Great Art Film Experiment conducted by the filmmaker and his collaborators, hermetically sealed within expressly emptied houses. In this, and in its attention to the textures of everyday living, it joins the cinema of Tsai Ming-Liang, whose work too taps into the spiritual possibilities of the quotidian spaces.

A still from 'Everything Is Cinema'

Equally provocative, but in another manner, Kerala-based filmmaker Don Palathara’s fourth project, Everything Is Cinema, is told entirely from the point of view (and the camera) of a Malayali filmmaker called Chris, unseen but voiced by Palathara himself. Chris, we learn, went to Kolkata in January 2020 to shoot some kind of a remake of Louis Malle’s documentary Calcutta (1969). But the project comes to a halt with the outbreak of the pandemic, and Chris is stuck in an apartment in the city with his partner, an actress called Anita (Sherin Catherine). At this point, his film turns inward, with Chris now shooting Anita in her daily routine.

The city documentary may have turned domestic, but the filmmaker’s gaze remains that of an outsider, with Malle’s voiceover over street scenes of Kolkata giving way to Chris’ voiceover over monochrome images of Anita. We see right away that their relationship is in tatters: the pair is estranged; Chris can’t stand Anita and subjects her to a barrage of criticisms on the soundtrack, ranging from mild rebuke for her supposed hypocrisies to misogynistic tirade. With little self-awareness and much self-love, he assumes a higher moral and intellectual stand, regularly quoting philosophers and undercutting Anita’s supposedly pseudo-progressivism.

Even within the confines of a private space, Chris and Anita are enacting a filmmaker-actress duo, that classic model of modernist filmmaking with its own gender biases: the camera-wielding filmmaker is the creator-subject (thoughtful, capable of Deep Emotion) with the capacity to describe the actress-object (shallow, conceited if interesting and colourful), not very unlike the power dynamic Malle found himself in in relation to the city he was filming. The camera, in Chris’ hands, becomes the vehicle of objectification and abuse.

The impression one gets, however, is that Chris is somewhat thick in the head. Making this film, he thinks he is incriminating Anita, finding irrefutable proof of her vanity and vileness. The poor idiot even assures us that he isn’t manipulating the footage to place her in an unfavourable light. But the visual evidence incriminates only him. Nothing in what we see of (and hear from) Anita confirms Chris’ negative characterization of her in the voiceover. He generously offers to intersperse footage of Calcutta as a welcome break for the viewer from having to constantly see Anita’s face, but it only serves as a welcome break from his obnoxious monologue.

So Chris’ film gets out of his hand and turns against him. The camera frame, instead of imprisoning the figure it contains, indicts the one behind it. In one of his many moments of self-flattery, Chris compares himself to the protagonist of Krzysztof Kieślowski’s Camera Buff (1979), a man who can’t relate to the world around him unless he sees it through the frame of a camera. But in fact, he is closer to the protagonist of another Kieślowski film, A Short Film About Killing (1988), which immerses us entirely into the subjectivity of a murderer. There are moments where we sense that there may be a more reflective, nuanced individual in Chris, as when he wonders why Anita stopped writing or when he mulls over the possibility of collaborating with her, but it’s these contradictions that serve to throw his darker thoughts into relief.

Palathara’s film is patently treading on dangerous ground. In its very concept, it offers the viewer a space to intimately identify with the deranged impulses of a woman-hater. But unlike a work like Gone Girl (2014), this identification is kept in check in different ways. Firstly, the (presumably) liberal audience of the film already has their sympathies aligned with Anita, especially as she is obviously in the right here. There are, then, scenes of Anita speaking for herself before the camera—like Malle’s subjects who return the camera’s gaze—puncturing Chris’ descriptions of her. Finally, Palathara amps up Chris’ odiousness to a breaking point—and this is arguably a failure of nerve on the part of the film—that we are more hostages to his point of view than accomplices.

The film doesn’t always succeed in working out solutions to the problem of identification posed by its framing concept, but for the most part, we are kept in a state of fugue, laughing sometimes with Chris and sometimes at him. And Palathara certainly deserves credit for taking the risk, for not settling for an easier way out by, say, telling the story from Anita’s perspective. His film is less a cinematic exploration of a relationship gone sour and more an investigation into the ethical questions of cinema through the time-tested device of a marriage-in-crisis picture. In just that, the film accomplishes more that most domestic dramas out there.

Srikanth Srinivasan is a freelance film critic and translator from Bengaluru. 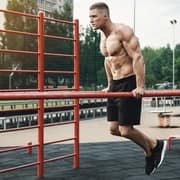