In 1952, Hindi film songs were banned on All India Radio

The then I&B minister of India found the songs too vulgar, and an opportunist Radio Ceylon stepped in to create the legendary film songs countdown 'Binaca Geetmala'

It was in 1952 that the minister of information and broadcasting (I&B) of newly independent India, B.V. Keskar, decided that All India Radio (AIR)—the information and entertainment lifeline of the nation—would not air film songs as they were degenerate and far too “Westernized". He believed they would hinder the cultural growth of a young nation on the cusp of a bright future. Instead, he proposed, the country could lend its ears to highbrow classical music.

In an article in The Hindu (19 July 1953), Keskar argued that the country’s appreciation for classical music had “fallen" and was “on the point of extinction"—particularly in north India. The onus of making his countrymen “intimate with (classical music)", therefore, was bestowed on AIR. “We must make (ourselves) familiar with our traditional music," he declared.

In 1952, the Indian National Congress party had just had a landslide victory in the first general election and Keskar—a staunch Brahmin and a classical Indian music purist—was given charge of the I&B ministry. To his mind, Indian film songs were straying from their responsibility of instilling national pride in people. “The lyrics, aside from being in Urdu, were generally ‘erotic’,"writes radio historian David Lelyveld in Upon The Subdominant: Administering Music On All-India Radio. In addition, there was a steady rise in the use of Western instruments and Western melodies in the songs, “which Keskar identified with a lower stage of human evolution".

Songs like Tadbeer Se Bigdi Hui Taqdeer Bana Le, a ghazal which S.D. Burman turned into an upbeat, guitar-sporting number for Baazi (1951), and Mur Mur Ke Na Dekh for Shree 420, 1955, which featured an orchestra of Western instruments and had flamenco-style tunes, would not have passed Keskar’s test. He wanted songs that were infused with the sound of the flute, tanpura or sitar instead. And so it was chiefly through radio, he thought, that the country’s musical heritage could be rescued. Keskar would go on to become the longest-serving I&B minister from 1952-62.

To begin with, he mandated that all songs aired on AIR would be screened, and, according to Lelyveld, he imposed “a quota of 10 percent of all program time". In addition, Keskar ensured that if a film song was played, the film’s title would not be announced, since he considered that advertising. Only the singer’s name would be mentioned.

The film industry was up in arms, of course. Filmfare magazine characterized Keskar as a devious man whose decision was “a calculated blow at the reputation of the Indian film industry, as much as one aimed at ousting film music from the market" (August 1952 issue). In response, film producers who owned the rights to the songs decided to rescind the broadcast licences given to AIR. And, as Keskar anticipated, film music completely disappeared from radio within a mere three months. The void was filled by AIR broadcasting classical music. 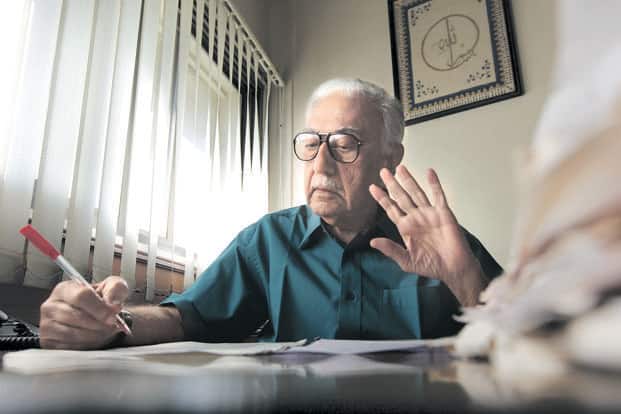 Across the shore, Radio Ceylon rose to the occasion—and the opportunity. It created the legendary musical countdown Binaca Geetmala—a show entirely dedicated to Indian film songs. Every Wednesday, Indian listeners would tune into Radio Ceylon and listen to their favourite songs with their favourite show host—the iconic and charming Ameen Sayani, who would engage them with complementary film trivia.

A former editor of Femina, Sathya Saran, who was a young girl growing up in Guwahati at the time, recalls what the show meant to her. “Every Wednesday, I would go and sit near the radio from 8-9pm to listen to Binaca Geetmala," she reminisces over the phone. “I had this little black diary in which I wrote down every song that played, how many times it was featured, whether it had gone up or down—I would keep tabs, and always sing along, because I knew all the lyrics. And Ameen Sayani was like god to me. I would hang on to every word he said." Geetmala ran from 1952 to 1988.

In 2010, Sayani, in an interview with Aswin Punathambekar (professor of communication studies at the University of Michigan-Ann Arbor), recounted how his team would record the show on tapes “every single day. And every week’s quota used to fly by Swiss Air, Air Ceylon or Air India to Colombo. Sometimes, we did get into trouble, especially with Geet Mala, because with Geet Mala we were not supposed to record too much in advance. The popularity poll had to reflect a current mood...(Binaca Geetmala) became an absolute rage... Just like how the streets would be empty when B. R. Chopra’s Mahabharat (1988) or Ramanand Sagar’s Ramayan (1986) would be on television, the same thing happened to Geet Mala... Wednesdays came to be known as Geet Mala day."

As Radio Ceylon’s popularity grew in India, Keskar’s influence waned and the government was forced to lift the ban. In 1957, Vividh Bharati was conceptualized as a service on AIR that offered non-stop film music broadcast. “Vividh Bharati had a tremendous blend of heritage and modernity, parampara and pragati, let’s say. And this soon became quite popular," noted Sayani in the 2010 interview. By 1967, Vividh Bharati had turned commercial and began accepting advertisements. By the late 1970s, it had become a cultural behemoth, functioning as the primary source of entertainment in Indian cities.

Keskar would be outraged if he heard the music the Indian film industry makes today, but it is ironic that some of the country’s most iconic and memorable songs, produced during the “golden era of Hindi cinema", were once considered objectionable and would have possibly been stifled by one man’s draconian policies if a radio channel from a neighbouring country hadn’t stepped in.