Travel marketers in St. Petersburg and Clearwater, Florida are hoping to draw tourists with 'Life’s Rewards', an original scripted series 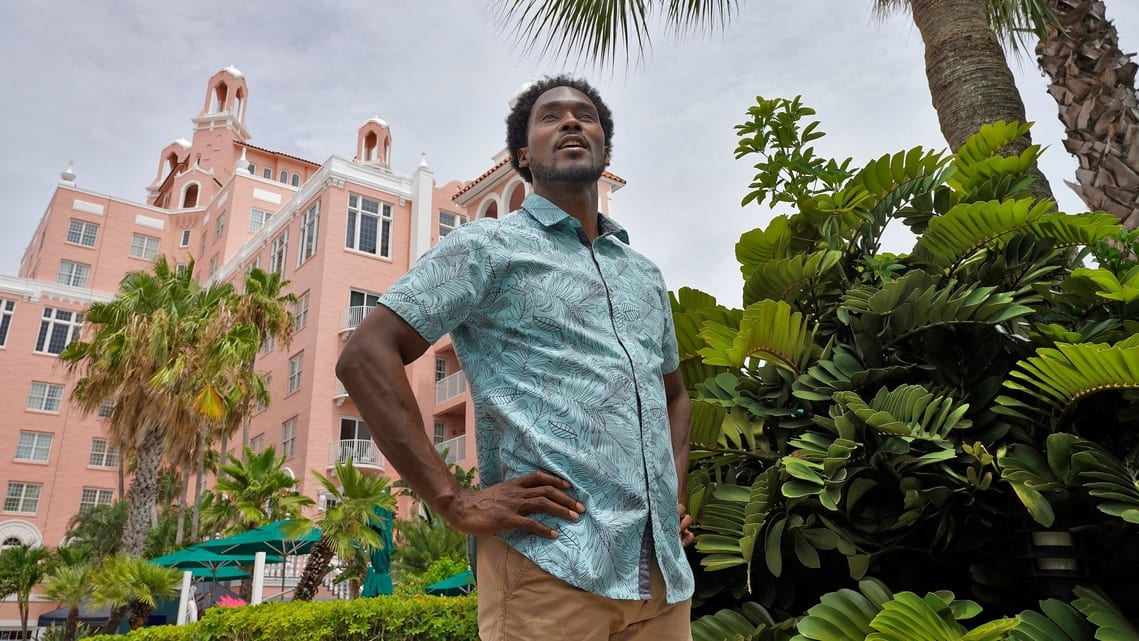 Remember that longing you felt after an episode of Sex and the City to shop at the characters' favorite New York haunts and drink cosmopolitans at the same bars? Or that sense of wanderlust for the seaside cliffs of Ireland after watching Game of Thrones?

Hollywood's flattering spotlight has put small towns on the map, like Wilmington, North Carolina, from Dawson’s Creek and the woods of Senoia, Georgia, from The Walking Dead. And that’s exactly what travel marketers in St. Petersburg and Clearwater, Florida, were hoping to capitalize on when they commissioned an original, scripted TV series, seeking to draw quarantine-weary tourists to the area's sugar sand beaches.

Life’s Rewards aired on Amazon Prime last month. The eight-episode show is based on a charming yet cavalier wealth manager who loses his money and uses travel rewards points to stay at the posh, pink Don CeSar hotel while rebuilding his life.

Each episode is only eight to 14 minutes long, and was filmed using a local production company, director and actors. The series cost roughly a million dollars to create, with contributions from the city and the state's tourism arm.

Some of the “ad” spots woven throughout the dialogue are obvious, like the random episode about the Tampa Bay Watch Discovery Center. But the characters quickly pivot back to plot-forwarding dialogue. It’s a quick-hit ad versus the sustained 15- to 30-second hard sell of conventional commercials.

At other times, the settings feel natural, like the gay nightclub Blur or a tour of the colorful WhimzeyLand “bowling ball house” in an episode featuring a scavenger hunt. Even the countless gratuitous beach shots mostly feel believable.

“I’m watching something and I’m drawn into the show because of the story line, but also the places I’m seeing in front of me,” said Steve Hayes, president of Visit St. Pete Clearwater, who noted that he and his wife frequently talked about visiting Wyoming while watching their favorite show, Yellowstone.

While sometimes awkward, the characters in Life's Rewards refer to every destination in the scene by name. There were no fake dive bars or coffee shops.

“You start to build, ‘Hey, this looks like a really cool place I want to visit,’ and it’s in the background," said Hayes. "It’s not in the front where you want to go through and hit the fast-forward button.”

It's too soon to gauge whether the series has impacted tourism, or even how widely it was viewed.

The hospitality industry was hit hard by the pandemic, and tourist towns are eager to seize on the new willingness to travel. That's put more pressure on destinations to market outside the box.

“Every single destination in the world is now looking for that tourism boom. I think it’s more important than it ever has been,” said Alexandra Delf, executive vice president for London-based Grifco, a travel marketing firm.

Movie- and TV-inspired travel is so popular that the firm is using pandemic binge shows to promote its biggest clients. Promotional ads note that scenes from Netflix’s Bridgerton were filmed near The Gainsborough Bath Spa. Game of Thrones packages at Slieve Donard Resort and Spa tout tours where notable scenes were filmed nearby, including Robb Stark’s battle camp and “Red Wedding.”

With travel halted during the pandemic, scenic destinations felt even more aspirational.

“A lot of what we do in travel marketing is selling that dream of relaxation," said Delf. "It gives them something to look forward to.”

The production company behind the Florida show said scripted shows are a new genre for travel marketing, and that they’re already in talks to shoot some for other cities in the state.

“We don’t want people to feel marketed to. We want them to feel lost in the story line and get invested in the characters like any other show on streaming or TV, but we’re providing a positive context for our destination,” said Brianne Maciejowski, director of film and video for Odyssey Studios.

Consumers retain far more from branded content compared to traditional advertising, she said. The Florida TV series ended with a cliffhanger, so a sequel is still possible.

“Part of our business model is to help destinations find a voice in this entertainment-first world,” said Maciejowski. “There’s a lot more in our future.”