From Haneke to Varda, our guide to this year's Cannes Film Festival

The Cannes Film Festival (17-28 May) is the single most important event of the year for those who care about cinema as a universal art form (for everyone else, there’s the Oscars). Now in its 70th year, the festival attracts some of the most ambitious, exciting films and film-makers from across the globe. Here’s a guide to all that tricky French terminology and a reckoner for what to expect at Cannes 70.

Airbrush. The festival found itself under fire when people pointed out that the 1959 photograph of a twirling Claudia Cardinale, used in the official poster, had likely been retouched and slimmed down. The organisers dismissed this as a non-issue, as did the actor, who said: “There are many more important things to discuss in our world."

The Cannes 2017 poster and the original photograph.

Baumbach, Noah and Bong Joon-ho. One of the biggest talking points this year has been two Netflix-distributed features (Baumbach’s The Meyerowitz Stories, Bong’s Okja) turning up for the first time in Competition at Cannes.

Croistte. A term you’ll hear tossed around in reports coming out of Cannes. The Promenade de la Croisette is the two-kilometre-long road along the coastline, dotted with high-end stores, restaurants and the Palais des Festivals et des Congrès, the venue for the festival.

Dogs in Cannes-selected films vie for an award of their own—the Palm Dog. Past winners include Dug from Up, Lucy from Wendy and Lucy, and all the dogs in White God.

A still from ‘White God’.

Eclipse. At 536m, this is the largest celebrity yacht expected at Cannes this year. The boat belongs to Russian billionaire and Chelsea football club owner, Roman Abramovich.

Godard, Jean-Luc. Though none of his films are screening this year, there will be a younger, fictionalized version of the 86-year-old auteur at the festival in Redoubtable, Michel Hazanavicius’s biopic of Godard and actor Anne Wiazemsky circa 1968.

A still from ‘Redoubtable’.

Haneke, Michael. The last two times the Austrian director had a film in Competition here, he went on to win the Palme d’Or: in 2009 for The White Ribbon, and in 2012 for Amour. This automatically makes his new film, Happy End, starring Isabelle Huppert and Jean-Louis Trintignant, one of the favourites in this year’s official lineup.

International Critics’ Week. The oldest parallel section to the main competition, it showcases first and second features by directors from across the world. Peddlers and The Lunchbox are some Indian films that have shown in the Critics’ Week.

Jupiter’s Moon, about an immigrant who finds out he can levitate, sounds as timely and outrageous as Hungarian director Kornél Mundruczó’s last feature, White God.

A still from ‘Jupiter’s Moon’.

Lynch, David. The American maverick has had an up-and-down relationship with Cannes. Wild At Heart won the Palme d’Or in 1990; two years later, Twin Peaks: Fire Walk With Me was booed when it screened here. This year, Lynch is back with more Twin Peaks, as two new episodes of the revived series premiere on 21 May.

Neecha Nagar. Seventy years for the Cannes Film Festival also means that it’s been 70 years since an Indian film was awarded the top prize (then the Grand Prix, not the Palme d’Or) here.

Östlund, Ruben. The Force Majeure director’s new film, The Square—about a performance art space and an overzealous PR film—sounds wild, but he makes this list because we still can’t get over his hilarious and strangely moving Oscar-rejection home video from two years ago.

A still from ‘The Square’.

Palme d’Or. The top prize at the festival, awarded by a jury (headed this year by Pedro Almodovar) to the best film in the Competition section.

Quinzaine des Réalisateurs, or Director’s Fortnight. This unofficial selection, which runs parallel to the main festival, began in 1969, after the student protests of 1968 resulted in the festival being cancelled. This year’s Director’s Fortnight includes films by Abel Ferrara, Bruno Dumont and Claire Denis, among others.

Red carpet. Payal Kapadia’s short, Afternoon Clouds, part of the Cinefondation Selection, is the only Indian film at Cannes this year, but there will still be appearances made by Aishwarya Rai Bachchan, Deepika Padukone, Sonam Kapoor and A.R. Rahman.

Sang-soo, Hong. The South Korean director, always prolific, has outdone himself this year, with one film at the Berlinale (On the Beach at Night Alone) and two at Cannes: Claire’s Camera, with Isabelle Huppert and Kim Min-Hee, and The Day After, with Kim and Kwon Hae-hyo. ‘The Day After’ poster.

TV. In a move that’s as significant as its selection of two Netflix films, Cannes will, for the first time, be screening episodes from two upcoming series: David Lynch’s Twin Peaks and Jane Campion’s Top of the Lake: China Girl.

Un Certain Regard. Roughly translating as “another point of view", this section, part of the festival’s official selection, runs parallel to the competition for the Palme d’Or. The opening film in the section this year is Mathieu Amalric’s Barbara.

Varda, Agnes. The 88-year-old director, who was given an honorary Palme d’Or at the 2015 festival, is back with a documentary, Visages, Villages, co-directed with JR Take. “We’re aiming for the power of imagination," Varda says in the trailer—reason enough to watch out for this enchanting-looking entry in a genre the director has made her own: the essay film. 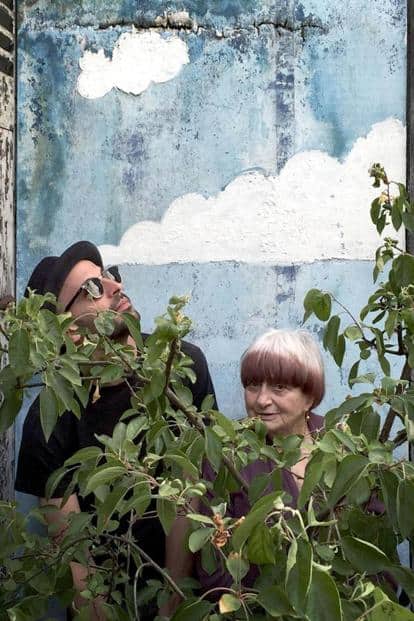 A still from ‘Visages, Villages’.

When the Day Breaks. The most recent film in this year’s expanded Cannes Classics section is this short animated Canadian film from 1999.

A still from ‘When the Day Breaks’.

Xavier Dolan. The 28-year-old Canadian has been a Cannes darling since his first film, I Killed My Mother, premiered at the festival in 2009. Last year, his film It’s Only the End of the World was roundly criticized at the festival, but ended up winning the Grand Prix.

Dolan decided not to submit his new film for this edition, though he clarified that it was timing, not hurt feelings, that guided his decision.

YouTube. You can stream the opening and closing ceremonies on the festival’s official channel, which also has interviews, press conferences and masterclasses.

Zvyagintsev, Andrey. One of the top arthouse directors working today, Zvyagintsev has been a Cannes regular since 2003’s The Return. His Loveless is in the Competition section this year.

A still from ‘Loveless’.