A blockbuster-free film guide to 2019

Let’s face it: you won’t need any help finding your way to the theatre to see Brahmastra (Amitabh Bachchan, Ranbir Kapoor, Alia Bhatt) or Kalank (Sonakshi Sinha, Alia Bhatt, Varun Dhawan, Madhuri Dixit Nene. Neither are Once Upon A Time In Hollywood (Quentin Tarantino directing Leonardo DiCaprio, Brad Pitt and Margot Robbie) or Little Women (Greta Gerwig directing Meryl Streep, Saoirse Ronan and Timothée Chalamet) likely to pass you by. But there are other titles that need some seeking out. While release dates for most are yet to be announced, here are 10 exciting smaller films expected to hit festivals or theatres this year.

Last year, Hirokazu Kore-eda won the Palme d’Or at the Cannes Film Festival for Shoplifters. It was a fitting reward for someone who’s made quiet, empathetic, acutely observed films for over two decades. Kore-eda flew with the Palme to New York to ask Ethan Hawke to star in his next film. The actor agreed. The Truth, about a tempestuous mother-daughter relationship, has a sensational cast, with Juliette Binoche and Catherine Deneuve in addition to Hawke.

In 2011, Thiagarajan Kumararaja made a splash with Aaranya Kaandam, his first film as director. His sophomore effort, Super Deluxe, stars Vijay Sethupathi as transwoman Shilpa, along with Samantha Akkineni and the versatile Fahadh Faasil. The film will release this year, though a date is yet to be announced. Expect some debate on whether cisgender actors should be playing trans characters.

Anand Patwardhan’s 261-minute documentary, about the spread of radicalism and attacks on rationalists and secular democracy in India, didn’t make it to the lineups of the Mumbai, Goa and Kerala festivals last year. This despite Patwardhan being the country’s best-known documentary film-maker, and Vivek playing at the 2018 Toronto Film Festival and winning best feature-length film at the prestigious International Documentary Film Festival of Amsterdam. You can rule out a theatrical release, though hopefully it’ll find its way on to a streaming service (or Patwardhan’s YouTube account).

Matthew McConaughey may have cooled off since his remarkable 2011-14 streak. But he’s still walking an idiosyncratic path, balancing big-budget projects like The Dark Tower with smaller films like The Sea Of Trees and White Boy Rick. In The Beach Bum, McConaughey plays Moondog, a stoner poet in Florida, while director Harmony Korine seems to channel the druggy delirium of his 2012 film Spring Breakers. Releases in March. 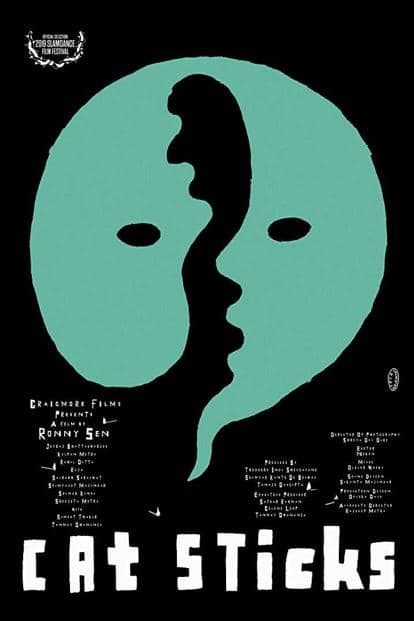 Photographer Ronny Sen makes his directorial debut with Cat Sticks, about brown sugar addicts in Kolkata. The film is shot in flickering black and white, which lends the trailer a fever dream quality. It will screen at the Slamdance Film Festival (25-31 January) and will hopefully make it to Indian theatres or streaming platforms later in the year.

Soni is a stark character study about two Delhi policewomen, played by Geetika Vidya Ohlyan and Saloni Batra. It was selected for the Venice Film Festival and the BFI London Film Festival in 2018, and was one of the best Indian entries at the Mumbai Film Festival. Ivan Ayr’s film was added to Netflix on 18 January.

The partnership between Chilean director Pablo Larraín and Mexican actor Gael García Bernal has already delivered two unique success in No and Neruda. They’ve teamed up again for this drama about an adoption gone wrong. Ema stars Bernal as a choreographer and Mariana Di Girolamo as his wife. Larraín is one of the slyest directors working today, and after the much-lamented cancellation of Mozart In the Jungle, it’ll be nice to see Bernal playing an artist again.

The behind-the-scenes film of this Russian production will likely be more fascinating than the actual feature. For his biopic of Soviet scientist Lev Landau, director Ilya Khrzhanovsky literally recreated Stalin-era Russia on a giant set in the Ukraine. Pre-production started in 2006; shooting commenced in 2009 and went on for three years. Many actors lived on the set, behaving as if they were in Soviet Russia. A sinister trailer released in October played up the insanity of the enterprise. Dau is finally set to release this year, though what form—or forms—it will take remains to be seen.

Rima Das’ journey from unknown director to winner of the 2018 National Award for Best Feature Film for Village Rockstars was an underdog story for the ages. The Assamese director returned with Bulbul Can Sing, a coming-of-age drama which premiered at the 2018 Toronto Film Festival. It also won the top award at the Mumbai Film Festival for the second year in a row. We’re yet to see a trailer for Das’ film, but her steady rise should result in a rare theatrical release for an Assamese film outside the state.

For his documentary Fireball, co-directed with Clive Oppenheimer, the indefatigable Werner Herzog travels the world to “visit sites that yield insight into comets and meteorites and help them understand what they can tell us about the origins of life on Earth", according to Variety. Oppenheimer and Herzog had earlier collaborated on the stunning Into The Inferno, where they visited volcanic sites. Herzog’s nature documentaries are always a treat, combining spectacular images with idiosyncratic voice-overs.