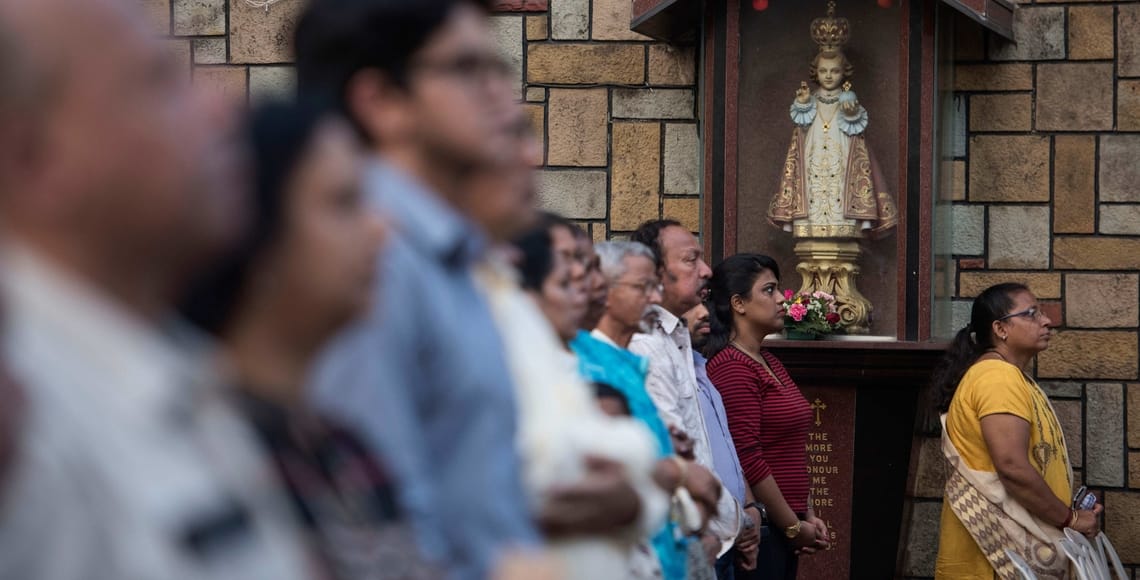 In the last few years, readers of literary fiction in India have witnessed the flowering of a curious sub-genre in English language publishing—the hyperlocal Mumbai novel. The trend, if it is one, began with Jerry Pinto’s Em and the Big Hoom (2013), a harrowing story of mental trauma and healing, set in Mahim. More recently, Amrita Mahale’s accomplished debut, Milk Teeth (2018), explored life among the insular Goud Saraswat Brahmins of Matunga. A year later, Jane Borges’ heartwarming story about the Catholics of Cavel, Bombay Balchao, was published to wide acclaim. Added to this illustrious list is journalist Lindsay Pereira’s debut, Gods and Ends, an acerbic, funny and, at times, brutally honest portrayal of Goan Catholics settled in the suburb of Orlem.

Pereira, who grew up in the neighbourhood, sets his story in a rickety chawl called Obrigado Mansion, owned by Francisco Fernandez, a landlord reminiscent of Mr Scrooge from A Christmas Carol. Except, Francisco lives with his widowed daughter-in-law, to whom he has nothing to say, and he has no redemption in store. Indeed, every other inhabitant of the building is cursed in their own ways. Most of the men are foul-mouthed, graceless, good-for-nothing slobs, too fond of their drink, and incapable of keeping their hands off their wives (sometimes their children). The women, abused, bruised and battered by the menfolk, are resigned to their fates, hoping for a quiet death and a better afterlife. The children are a rowdy, vicious bunch, expert at devising tortuous games, such as strangulating frogs with nooses.

Also Read: 'I found a key to open a new door': Jhumpa Lahiri

Pereira brings alive the squalor, poverty, rampant misogyny and simmering violence through short episodes, either interior monologues by the characters or little vignettes of action. His attention to detail is almost anthropological, sense of humour as lethal as a rusty knife. His brazen honesty doesn’t paper over the meanness of the human spirit even at a Christmas party. And his prose, if laconic, is beautifully textured: “Lunch was being served at homes up and down the colony, by angry mothers and depressed wives, to ungrateful husbands and uninterested children.”

Pereira’s precision in capturing a pitiless existence, compounded by ennui and poverty, is evident in each of his characters. Peter Vaz, a middle-aged alcoholic abandoned by his wife and son, spends his days watching pornography and his evenings at a bar he calls Eddie's. Jude Sequeira, with whose murder the story begins, is his mirror image, except his wife Brigitte and obese daughter Philomena (mocked as “Philopotamus” by her peers) still live with him. Jude’s catalogue of vices includes pissing every night into a well that supplies drinking water to the locals and occasional incest, apart from paying daily devotions to Officer’s Choice and a fiery temper. Then there is Father Lawrence Gonsalves, the priest at the parish, struggling to calm his impulses at the age of 29, especially when faced with pretty Michelle D’Costa, who seeks his counsel for wanting to marry a Hindu against her parents’ wishes.

While none of Pereira’s plotlines is tightly knit, including the opening murder, which isn’t hard to figure out, there is enough and more in his writing to hold the reader’s attention. Gods and Ends isn’t merely a catalogue of offences, or an exercise is virtuosic mimicry (Pereira’s ear for accents, intonations and turns of phrase is uncannily acute). Rather, its tragedies stem from deeper miseries that haunt Goan Catholics—migration to the Gulf nations to earn better at the cost of dignity, displacement to big bad Mumbai from the idyll that was rural Goa (now infested with vulgar tourists), the rapacious demands of a religion, which is often the cause of repression and psychological damage.

Undoubtedly bolstered by his insider’s view into Orlem, Pereira reveals a complex eco-system of abuse and misuse, perpetuated through generations. Towards the end, he seems to take us to the brink of grace, as he wraps up with a Dickensian roundup of his dramatis personae. Then he exits, leaving us reeling from a savage, final twist of the narrative knife. The miserable Orlem saga, we understand, has no end.

Also Read: 'Growing up in Kashmir, we were scared of the light'