| Logout Log in/Register
old-article 111644475038516 https://lifestyle.livemint.com story https://lifestyle.livemint.com How To Lounge /how-to-lounge/books/the-guinness-book-of-world-record-for-the-largest-display-of-handmade-dolls-111644475038516.html
Home > How To Lounge> Books > The ‘Guinness Book Of World Record’ for the largest display of handmade dolls

Vijitha has a Midas touch when it comes to converting scrap into exquisite pieces of art. In her deft hands, wedding cards, posters, cartons and all forms of waste material transform into pieces of jewellery, ornate flowers and colourful dolls. In fact, her skill earned her a space, in March last year, in the Guinness Book Of World Records for the largest display of handmade dolls—she had crafted 1,350 pieces from waste material in five months. Each doll was unique, with the material inspiring the design. In fact, even the quilling for the dolls was done from scrap, instead of Vijitha opting for the easy way out by using ready-to-use kits available in the market.

This habit of using waste and recyclable materials has its roots in her childhood. “As kids, it was too expensive for my siblings and me to buy art and craft supplies from the market," says Vijitha, 32, who is based in Ernakulam, Kerala. She turned this need for economy into an opportunity by coming up with ingenuous ways of using scrap. 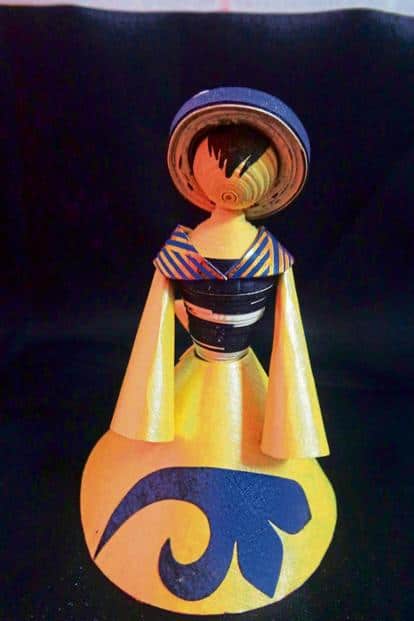 Thus began her tryst with found objects. “I was always interested in art and started making paper flowers at an early age," she says. Her mother played a vital role in encouraging this skill. She would arrange an array of real flowers and ask her daughter to interpret their likeness in paper. Vijitha soon got so good at the craft that she created 200 paper flowers at a local competition and won an award for it.

From thereon, she participated in all sorts of exhibitions and art contests, winning laurels galore. In fact, in 2016, she won a place in the Limca Book Of Records for a handcrafted jewellery set—she had spent weeks painstakingly creating a 50ft-long necklace and 2.5ft-long jhumkas (earrings) using cartons and the quilling technique. “I simply cannot work with craft supplies bought from the market. They don’t appeal to me at all. Pieces of scrap speak to me, giving rise to ideas and designs. They give expression to my creativity," she says. 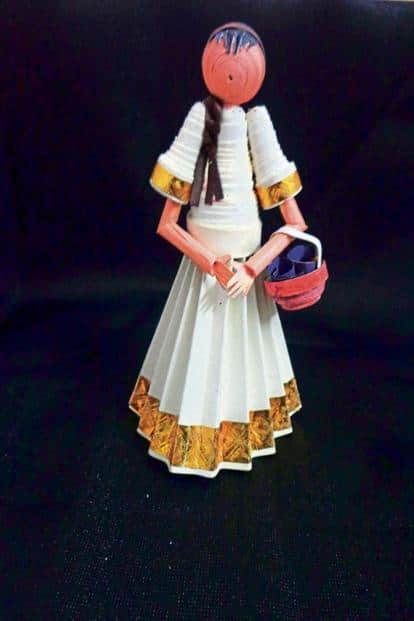 Interestingly, when she started making the dolls in 2016, it was election-time in Kerala, and manifestoes would land up in the neighbourhood. “These resulted in a barrage of colours and patterns in the dolls," she says.

Her parents and in-laws have been pillars of support, encouraging her passion and scouring the neighbourhood. Her eco-friendly style of art is also winning admirers across the globe.

Meanwhile, Vijitha is busy writing a book on DIY art that would handhold the reader through the creative use of recyclable material. She is also pursuing a master’s degree in psychology, and plans to bring art and counselling together. “I want to do something in the field of art therapy, which is an extremely sensitive and powerful way of helping people manage their emotions," she says.