The anatomy of Frankenstein book covers

The inexhaustible inventive richness of Mary Shelley’s Frankenstein has inspired book covers as capable of serving comics as the academia: 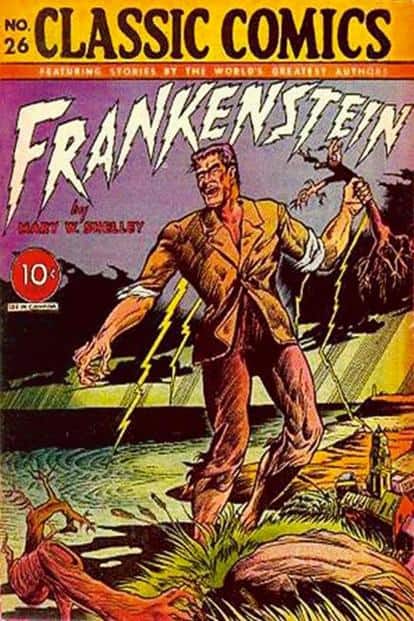 1. This 1945 adaptation, published by Gilberton Company in the US, proudly wears the monster’s heart on its sleeve. Vivid covers like this may have spread the practice—among those yet to read the book—of mistakenly equating “Frankenstein" with the “monster".

The creature is seen uprooting a tree (Mary Shelley makes no mention of such a feat) while wearing what looks like a single-breasted dinner jacket. The thunderbolts express his knack of “running with the swiftness of lightning". By fluke or intention, the jagged, lightning-bolt typography would resurface some six decades later in another famous logo of a book-film franchise that would win hearts the world over: Harry Potter. 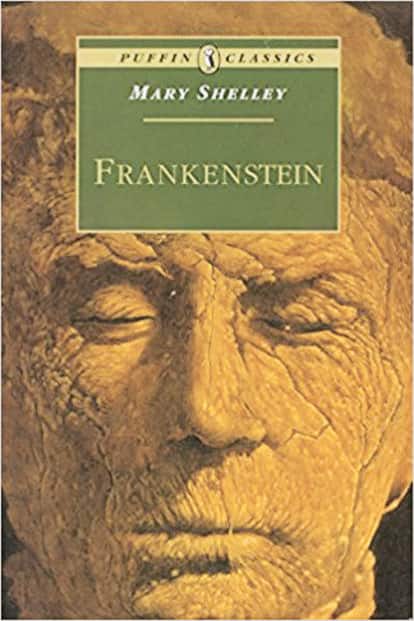 2. Designing a Frankenstein book cover for a children’s series is a tall order. This 1994 Puffin Classics edition admirably rises to the occasion. At first glance, the visage cuts an unseemly figure. But a closer look lends it an inexplicable benevolence, perhaps deserving of pity. To a child’s unadulterated eye, it may even appear endearing, like a tree fairy. The child’s reading of the tale itself may be another matter. 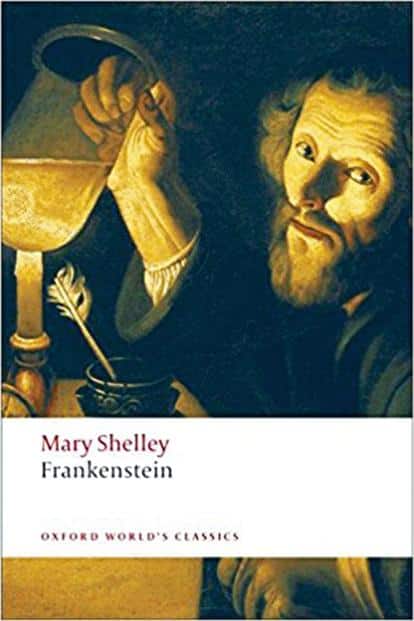 3. It’s hard not to feel the exuberance of an Oxford World’s Classics cover: a tasteful white band bearing the title, combined with an evocative work of art—an Impressionist painting, an Old Master or a detail from an illuminated manuscript. In this 2008 edition, the dramatic, high-contrast lighting of the Caravaggio-like work masterfully conveys the tensions of the novel. The scholar appears in two minds, doubtful of his enterprise.

For a playful digression, though, the eagle-eyed can trace the work to Ashmolean Museum, Oxford. Is he fiddling with some life-giving potion that could animate matter? Not really. The work? A detail from Trophime Bigot’s A Doctor Examining Urine. 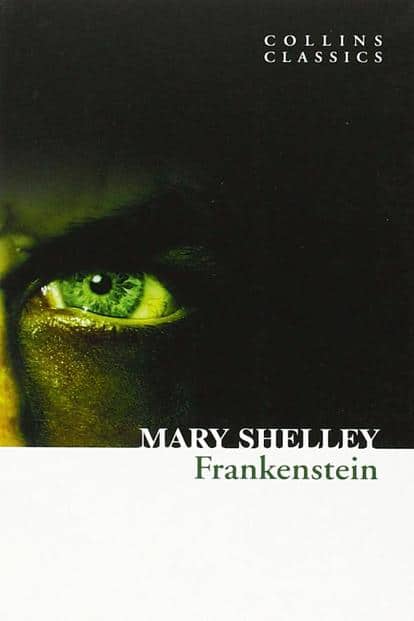 4. This menacing cover of the 2010 Collins Classics edition has visibly benefited from the language of cinema and visual effects. The interpretation of the piercing gaze could swing in different directions, based on where our sympathies lie.

Does the eye belong to, in Frankenstein’s words, a “wretch, the filthy daemon"? Or to Victor Frankenstein himself, who never satisfactorily responds to the creature’s heart-rending plea, “Why did you form a monster so hideous that even you turned from me in disgust?" 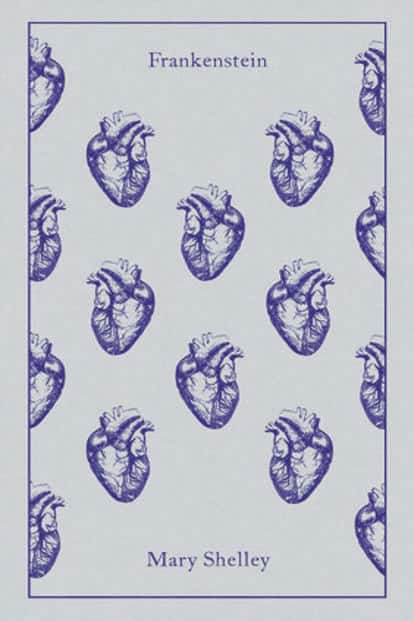 5. While the symmetrical motif of hearts suggests love, as an object of pure biological interest it’s a bit morbid. This clothbound cover of the 2014 Penguin edition is austere, created by the award-winning designer Coralie Bickford-Smith. Does it suggest death? Perhaps science? Elizabeth’s longing heart? Frankenstein’s conscience? It may be minimal, but it succeeds in being all things to everyone. 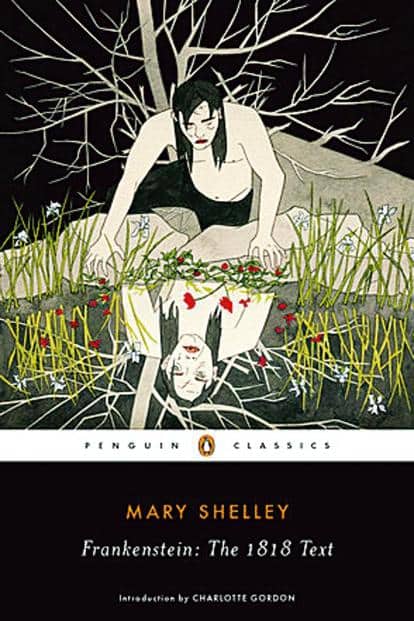 6. This 2018 Penguin Classics bicentennial edition is hot off the press. The cover deftly uses the novel’s subtitle “The Modern Prometheus" as a springboard to jump into the larger world of classical mythology. The association here is the myth of Narcissus, a youth who fell in love with his own reflection in a pool and committed suicide. Academics have long claimed narcissistic traits in Victor Frankenstein’s personality. A line in Robert Graves’ retelling of the myth lends the creature-creator relationship immense poignancy, “How could he endure both to possess and not to possess?" 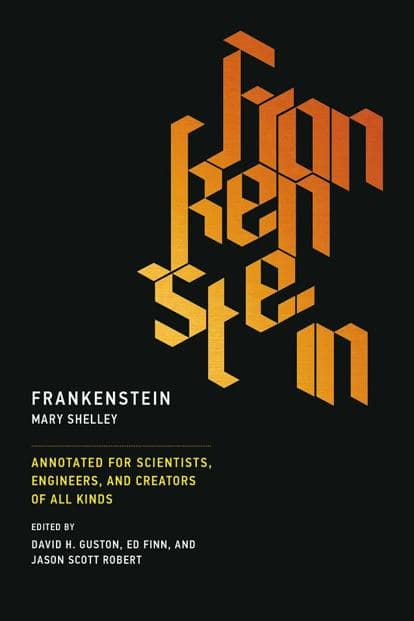 7. This sparse cover has seen it all: from the first illustrated Frankenstein in 1831, with engravings by Theodor von Holst to the razzle-dazzle made possible at the advent of colour printing. The 2017 MIT Press edition seems acutely aware of more than a century of Frankenstein visual culture. Its strength lies not in flashy visuals, but the raw power of the building blocks of knowledge itself: the letter.

What the cover loses in images, it gains in stark typography. Confident of its pictorial lineage, it doesn’t shout, but whispers. The effect of fragile, origami-like paperwork conjures up Victor Frankenstein’s ever-changing mind. Unusually for the subject, the academic edition even has a touch of humour: “Annotated for scientists, engineers and creators of all kinds," it says.