| Logout Log in/Register
Home > How To Lounge> Books > 'I found a key to open a new door': Jhumpa Lahiri

'I found a key to open a new door': Jhumpa Lahiri

Lahiri speaks about her novel ‘Whereabouts’, recently translated from the original Italian by herself, and about style, identity and being in the world 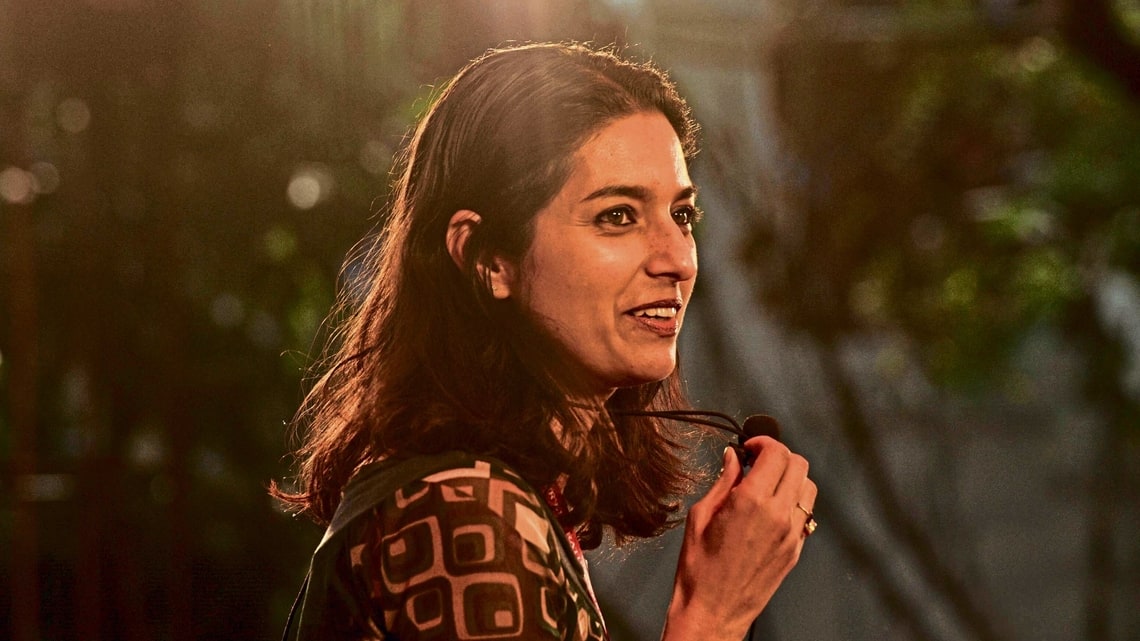 Jhumpa Lahiri made the unusually daring move of reinventing herself as a writer in Italian some years ago. But there are still more surprises in store. After several translations of other writers and her first full-length novel in Italian (Dove Mi Trovo, recently translated by her into English as Whereabouts), Lahiri’s upcoming project in the language is a book of verse, scheduled to appear later this year.

Seeds of poetry are already discernible in Whereabouts, a lyrical departure from Lahiri’s familiar style and milieu. Instead of the specificities of the migrant experience, the novel evokes a condition of being in the world through the solitary wanderings of the unnamed woman narrator. In a video call from Princeton University, where Lahiri is teaching at the moment, she spoke about her Italian adventures—as a translator, writer and human being. Edited excerpts.

Your journey as a translator began many years ago, when you rendered some of the stories of (Bengali writer) Ashapurna Devi into English. Could you take us back to the moment it all started?

I remember doing a translation workshop at Boston University, where I was studying. At the time, I was still quite lost between my own writing, reading other people, and formal literary criticism. But when I took the translation workshop, I thought here is a very academic and intellectual question but it already feels like a part of me because of my relationship with languages. That got me excited. Translation was conducive to thinking about literature in a different way. There was the obvious language—Bengali—a language I know but also don’t know to read well enough and certainly not to write in it. But then, there was my mother, a passionate reader, who adored Ashapurna Devi’s work. She would make me sit down and read her stories out to me. So, I thought maybe I’d like to work with this author, because I liked what I was hearing.

We did this amazing thing. I had my mother read a selection of Ashapurna Devi aloud and tape-recorded her at our home in Rhode Island. Then I’d go back to Boston and listen to the tapes over and over. That was my first experience of translating—in a sense, a personal and collaborative experience with my mother, who had herself translated a book about Bhupen Hazarika when I was a teenager. Back then, I was probably passively absorbing her working with languages.

Also Read: 'Whereabouts' by Jhumpa Lahiri: Where she finds herself

What did translating your own writing into English feel like?

It was illuminating to recognize there are many voices, languages, points of views, attitudes and tonalities inside me. To translate myself, I’d to formally acknowledge that I’d cultivated a different voice in Italian and to understand where it was taking me inside of myself. What was it helping me bring out that I wasn’t able to bring out in the same way in English? I feel writers are going round and round a couple of key questions about life. These questions are inherently mysterious, and I feel Italian has given me another tool to navigate them.

Translating myself also made me reckon with a particular moment in my life and linguistic apprenticeship. Each book in Italian seems to me like a snapshot of my relationship with the language. In Other Words was like the first contact. In it, there was something of a survivor’s energy, in terms of wanting to get a grip on the language and make it a part of me. With the next book, I relaxed a little, and now, with subsequent books, I feel myself relaxing more but never completely—you can’t ever do that as a writer. So translating Dove Mi Trovo into Whereabouts reminded me of who I had been a few years back, even though I am no longer that person or writer in Italian.

Is there a temptation to rewrite or say things differently when you translate your own work into English?

In some sense, the temptation would be to re-elaborate and give it a whole new energy, to use the translation as a second run. I really didn’t want to do that. I wanted to understand the book I had written; in the time I had written it. I didn’t rework it much at all. I focused on certain keywords and points that I felt really had to be addressed in some way to have meaning for an English language reader. As for the substance of the book, as its “double author”, I wasn’t interested in changing it.

Also Read: Jhumpa Lahiri: The Lives of Others

I was struck by the departure from your style in the English books. First, in Italian, you come to the vignette form so confidently. And while your English writing is rooted to a specific cultural milieu of Indian immigrants in the US, ‘Whereabouts’ is entirely unmoored from the specificities of place and community.

It happened quite organically but once it started happening, I was interested by it. I felt it was such a new way of thinking about the questions I am circling around—of belonging, identity, inside and outside, alienation and home, migration. In Other Words looks at these questions vis-à-vis the writer who migrates from one language to another. Whereabouts also considers them but in an abstract key.

My maternal grandfather was a painter, who worked in a realistic vein. My mother’s youngest brother also became an artist and I saw him develop a much more abstract vocabulary. I grew up exposed to these new ways of looking… Apart from my formal education and going to museums, I have these questions already inside me. I was excited I found a key to open a new door—to look at life in a less culturally specific way. If we can all understand that alienation is a universal experience, I think it might help us get out of this we-versus-them mentality that is so destructive…

Which authors are foundational to your writing in Italian?

One of the writers I was thinking about while writing Whereabouts is Italo Calvino. I was influenced by his book Palomar, which is also written in vignettes. These shorter episodes are still germane to the fact that I’m still evolving in a new language. I have greater control with a smaller vehicle, if you will. But for a writer like Calvino, it was a formal choice. I think (Franz) Kafka—some of his really short stories, his diaristic style—was also an influence.

Also Read: Inside the cutthroat battle to build K-pop's next superstars