| Logout Log in/Register
Home > How To Lounge> Books > 'Growing up in Kashmir, we were scared of the light'

'Growing up in Kashmir, we were scared of the light'

Farah Bashir’s powerful debut is a memoir of her girlhood in the shadow of insurgency in Kashmir, told from the perspective of her teenage self 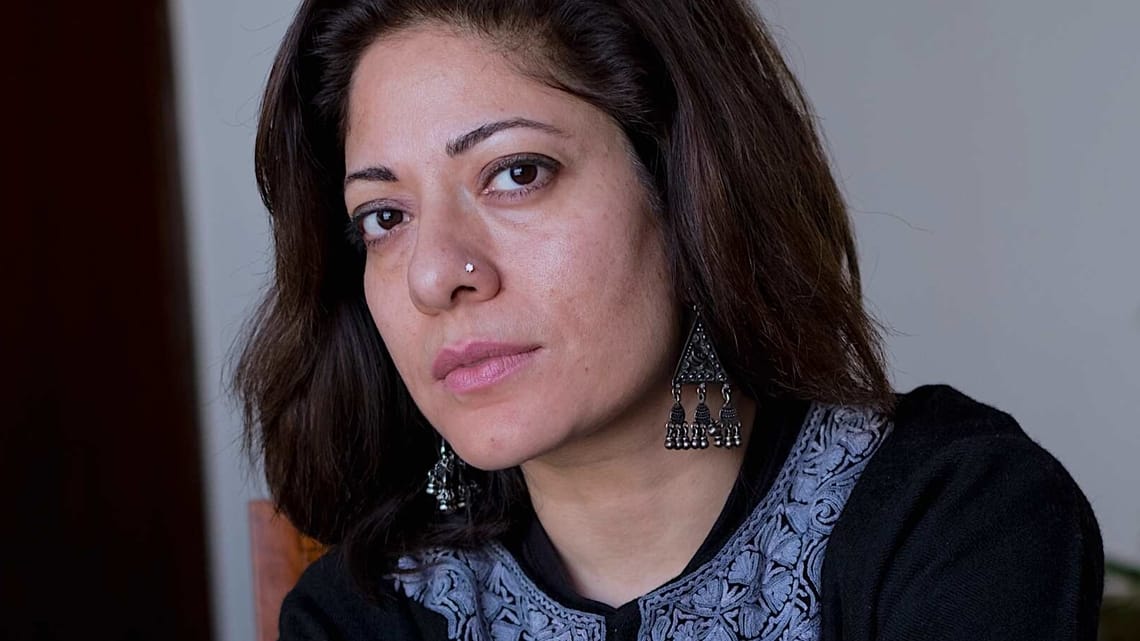 Farah Bashir recounts the fragments of the past with searing clarity. (Photo by Shahbaz Khan)

In one of the many chilling episodes that appear in her powerful memoir, Rumours Of Spring, Farah Bashir describes being jolted into wakefulness by a buzzing noise in the middle of the night while she was staying with her aunt Nelofar’s family in Srinagar in the 1990s. Bashir’s cousin, Afshan, whispered to her that those were motorboats sailing on the lake nearby, with troops “checking for suspected militants and their hideouts”. Before long, an intensely bright light pierced the girls’ bedroom, “through the thickest of crewel curtain”, reducing Bashir’s younger cousin, Nida, to a whimpering mess. “When I was Nida’s age, only darkness scared me,” Bashir writes, a crisp and stabbing indictment of the circumstances that shaped her “girlhood in Kashmir”.

We return to this comment when we speak recently on video. In the 1990s, with curfews imposed for months on end, “You couldn’t switch on the television because it emitted light (for fearing of drawing attention),” Bashir says. And so, the transistor radio became her family’s refuge—especially, for her, the songs it broadcast would usher in a semblance of normalcy. To this day, Bashir says, she gravitates towards music in her most difficult hours. For instance, while working on a chapter where she describes the death of a cousin a week after his sister’s wedding, “it was music that rescued me”, Bashir says. The seeds of her love for music were sown as she sat in dark rooms, with the radio playing. “Most children are scared of the dark,” Bashir says. “When we were growing up (in Kashmir), we were scared of the light.”

Rumours Of Spring spans the tumultuous years of 1989-94, when insurgency broke out in Jammu and Kashmir, followed by the forced exodus of the Pandits from the valley. Bashir, who was 13 at the time, witnessed scenes no teenager should have to. One day, their Pandit neighbours were gone, as were her Pandit classmates, never to be seen again. Schools opened and shut erratically. Shoot-outs and crackdowns were par for the course but people still couldn’t get used to the abruptness with which they would happen. The mood of a day could darken suddenly, in an hour. “You walked into a beauty salon, excited; by the time you came out, everything might have changed,” Bashir says. Early on in the book, there is indeed a harrowing moment, when Bashir and her sister Hina are presumed dead by their terrified family because the world had turned upside down while the young girls were getting their eyebrows and hair done.

Narrated in brief episodic bursts, like fragments of memory that flash upon the eye from the past, Rumours Of Spring is a sophisticated and accomplished debut—spare yet eloquent, elegant without eschewing the hard realities it is grounded in. Bashir puts her grandmother (whom she fondly called Bobeh) at the centre of her story—it opens with the octogenarian’s death and closes with her last rites. In the interstices of the funeral preparation, memory meanders into corners of the past that are forgotten or impossible to forget.

A tall and robust woman with strong opinions (especially about giving career advice to her beloved younger granddaughter), Bobeh started to shrivel and become withdrawn, a mere shadow of her former self, as she aged. Forced to stay indoors, with all the windows shut tight (for fear of a stray bullet flying in—it did, in fact, kill a family relation when she left a pane ajar to let in some fresh air), with her asthma aggravated by the noxious fumes of tear gas used by the army to disperse protests, Bobeh’s last years were laced with pathos and a series of heart-wrenching tragedies.

The one contact she had with the outside world—sitting by the window every day, watching the neighbourhood go about its business—was taken away from her. “It was inhuman what she had to go through,” Bashir says. “The same thing happened to my aunt, who died recently. She would call me to say that her lungs were on fire.”

Deeply affecting as her experiences are, Bashir abjures plangent sentimentalism in her prose. Her aim was to portray the lives of women in a conflict zone—“not only the lives of ‘half-widows’, women whose sons have been disappeared, or mothers of militants.” “I wanted to record what happens to ordinary women, mothers, grandmothers,” Bashir says.

Indeed, among all the stories in Rumours Of Spring, only nine concern Bashir directly. The other 14 pertain to women in her family, friends, accounts of the physical and mental trauma they bear. While there is steely resilience, there is also heartbreak and a lifelong reckoning with post-traumatic stress disorder. As a friend of Bashir’s once joked, “the acronym’s expansion needed a revision in Kashmir. It should have stood for Perennially Traumatic Stress Disorder.”

Bashir recounts the fragments of the past with searing clarity, often with a clinical precision that attests to an incredible feat of remembrance. She recalls textures of days, the colour of a dress she wore on a particular day, the sullen mood she was in on a curfew morning, with precision. “Since the schools didn’t open for a long time after the insurgency broke out, I started using my class assignment diaries as journals,” says Bashir. “It was an early training in preserving memory.”

A bit like Anne Frank, another girl around the same age who lived in a different time scarred by violence, Bashir sought comfort in recording her daily rhythms. She used code names for boys she liked (“Vagabond” for someone whose name began with V), as did Frank, even carried on a sweetly adolescent epistolary affair with a young man—until it came to an end when the post office that used to deliver their letters was burnt down. “As a 12-year-old, I witnessed many incidents that were utterly shocking,” says Bashir. “In writing this memoir, I was giving that girl her voice back, helping her to articulate the feelings she didn’t then have the language or the vocabulary to process.”

Revisiting the past can be a double-edged sword, especially when its traces still linger in the present. Bashir’s eight-year-old niece, who lives in Srinagar, continues to grow up amid fumes of tear gas, her breathing laboured. “It’s a curse sometimes to remember everything so clearly,” Bashir says. But there is value, too, to leave a record of time past, especially of cultural practices that have been lost irretrievably to a younger generation.

In a desperately sad moment, during a raid, the army barges into the cellar of the Bashir home, accessed through a trapdoor. Angry to discover a hidden entrance and then finding nothing incriminating there except for a granary, the men plunder the rice and other food items, carefully stored for the winter. “It was painful to retrieve kilos of rice from the floor and put everything back together after they left,” Bashir says, “and so we stopped stocking up our winter rations.”

The current generation can know about such traditions—what life looked like in the 1990s—only by reading a book like hers. “They have no idea, for instance, what a shehnaiwallah is for Eid,” Bashir says. “We lost so much, so fast. We didn’t know how to hold on to things.”

Also Read: Masood Hussain is painting the grief and anger of the Kashmiri people