A collection of Satyajit Ray’s translation of his grandfather’s, father’s and his own writings pays a fitting tribute to his many-faced genius 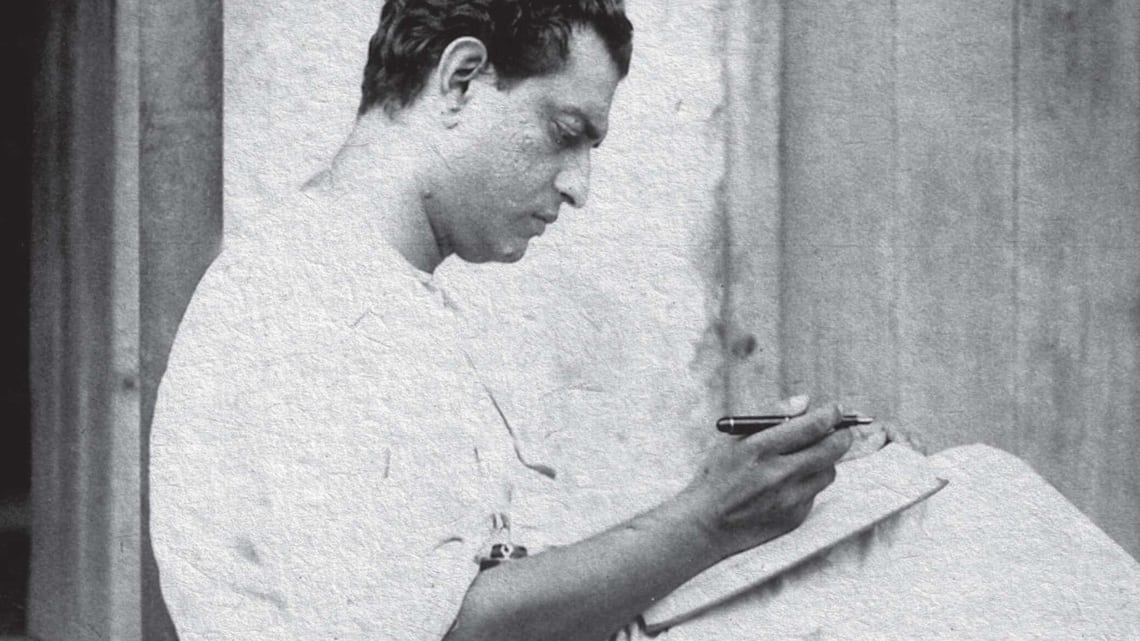 In an essay on Upendrakishore Ray Chowdhury published in 1963, Satyajit Ray lavished fulsome praise on his grandfather’s unique genius. “The magic of Upendrakishore’s writings is the ease with which it stimulates and rouses the innocence of a child’s mind,” he wrote. “For how many writers of children’s literature can you say the same?”

In response to Ray’s question, at least two names instantly spring to mind—that of his father, Sukumar, and, of course, his own, though Satyajit didn’t start writing regularly for young readers until 1961. There aren’t many instances of three generations of one family turning out to be outstanding storytellers and illustrators but the Ray Chowdhurys of Bengal were an exception. And 3 Rays: Stories From Satyajit Ray, a forthcoming anthology edited by Sandip Ray (son of Satyajit and fourth generation in the line), presents abundant proof of their special status in Satyajit Ray’s centenary year.

A selection of Ray’s English translations of his grandfather’s, father’s and his own Bengali writings, along with two original short stories in English he wrote in the 1940s, 3 Rays is a collectible—not merely for the treasure trove of texts it contains but also for being a beautifully designed book, studded with graphics and illustrations by the three Rays.

Seasoned Bengalis, who have grown up on a diet of the Rays, will find much to mull over in Satyajit’s rendering of classics, such as the stories by Upendrakishore collected in Tuntunir Boi (“The Toony Bird”, in Ray’s translation) and the nonsense verse of Sukumar in Abol Tabol, another literary staple on which Bengali children used to be reared. In spite of a number of fine translations by others available in the market, Ray’s craft stands out, not only for his innately polished command over the English language but also his equally excellent grasp over the nuances of his mother tongue.

Also Read: 100 reasons to love Ray: His understanding of childhood

At 40, when Satyajit Ray took up writing regularly for children with the aim of populating the pages of the ancestral magazine Sandesh that he helped revive in the 1960s, he was already a world-famous film-maker. Although his tragic vision of human life in Pather Panchali (The Song Of The Road, 1955) was widely feted, Ray always had one eye trained on the humorous, quirky, absurd and spooky. A lifelong fan of science fiction and fantasy, especially of writers such as H.G. Wells and Arthur C. Clarke, Ray created the immortal dotty professor Shonku, scientist and inventor extraordinaire. Having read and savoured his adventures in Bengali as a boy, it was pleasantly startling to return to the well-known stories in Ray’s impeccable English—and be as entertained by them as I was during my first encounters.

Ray’s enormous gift for making such seamless cultural transitions, as well as his intrinsically cosmopolitan mindset, is evident throughout 3 Rays. It is a legacy he inherited and internalised via his father and grandfather, both of whom were pioneers of printing and typography in Bengal, vastly well-read in Indian and foreign texts, and able to assimilate complex ideas into limpid prose, which made children and adults laugh and cry. Ray’s intellect contained multitudes as well. His cinematic adaptation of Upendrakishore’s story Goopy Gyne Bagha Byne was pitch perfect—the setting, costumes, dialogue, music—as though he was in silent communion with his grandfather’s spirit. And yet, even as Ray captured the authentic rustic flavour of the story, he wrote the songs using Western notation and composed them on piano.

Some of those facsimile compositions are reproduced in 3 Rays, as are the detailed scene-by-scene storyboarding by Ray in his oversized red hardbound notebooks. It is hard to think of another Indian film-maker who was as conversant with the idiom of cinema as with the language of the visual arts, music and graphic design.

For all the excitement that runs through Ray’s stories, there is also a subterranean strain of melancholy between his sentences. In a moving essay on his father, who died of the dreaded kala azar when Ray was a little over two, he recalls a few moments spent in his presence—though it seems unlikely, even to Ray, that he could retain exact memories from his babyhood. The sense of loss is a constant presence in Ray’s writings, though never maudlin. His tales are filled with young and middle-aged men, most of them “bachelors” and inveterate loners, often harbouring repressed streaks of cruelty and madness.

An illustration by Satyajit Ray for one of his sci-fi stories. (Courtesy: Penguin Random House India)

The inner life of individuals and secret workings of memory are abiding themes in Ray’s stories as well, even the ones in English. It manifests as a state of confusion in Bipin Choudhury, who can’t for his life remember a trip he made to Ranchi a few years back. In Khagam, Dhurjatibabu’s irrational outburst of violence brings in a horrifying denouement. In Patolbabu Filmstar, the portly Patolbabu rises above all the humiliations he has to suffer while playing a bit part in a film. Taking us through the ups and downs of Patolbabu’s thoughts, Ray paints a vivid picture of an ageing man without qualities who is momentarily deluded into thinking his stars are finally changing. At the same time, Ray’s sensitive treatment of the character reveals his respect for even the faceless cogs that go into the making of a movie, his belief that no role, however brief, is inconsequential.

And yet, Ray was far from unaware of the ironies and indignities of the artistic life. His own career as a film-maker took off after several false starts, with commercial hits mostly eluding him. In Abstraction, one of his early stories in English, published in 1941 in the now defunct Amrita Bazar Patrika, Ray wrote about the travails of a young artist who wants to abjure the fad of abstraction and stick to good old realist painting. But in the end, through a twisted sleight of hand, he wins critical accolades as a talented abstract artist, even though such a career was far from his wish.

Ray’s ability to turn the everyday on its head, through such marvellous accidents of fate, plays out beautifully in another of his stories—about Sadananda, a sickly young boy, whose comfort and solace in life is to watch ants going about their day. Ultimately, his keen powers of observation and deep empathy pay off as Sadananda befriends the tiny creatures who light up his “small world”. Much like seeing the proverbial world in a grain of sand, Ray visualised a universe in the nooks and crannies of life where our jaded sight doesn’t travel. It is a gift he carried both on to the page and the screen.

The book, currently on pre-order, releases on 17 May.