Books that take you into the wild

Curious about India's urban geographies and their green cover? Here's a reading list Although focused on “Bengaluru In The Past, Present, And Future", as the subtitle puts it, this is a must-read for anyone interested in the ecology of cities. Using first-person anecdotes, interviews and scholarly material, Nagendra brings her subject alive in all its complexity.

My Husband & Other Animals
by Janaki Lenin
(Westland, Rs250)

Borrowing its title from Gerald Durrell’s classic memoir, this is a thoroughly entertaining take on the author’s life with her husband, Romulus Whitaker, legendary wildlife conservationist and founder of the Chennai Snake Park Trust and The Madras Crocodile Bank Trust. The subtitle advises us to “Tread Softly On The Planet," while the text goes on to list the ways in which we continue to damage our habitat. For those interested in Delhi’s geography and its gradual destruction, there’s a detailed analysis of the Aravalli Biodiversity Park. Gorgeously produced, this “Deep Natural History Of The Indian Subcontinent" is a collector’s item. From the formation of the ancient caves of Ajanta and Ellora to stories of creatures like the Rajasaurus, an Indian dinosaur, each page is packed with riveting details.

From Soup to Superstar
by Kartik Shanker
(HarperCollins India, Rs550) 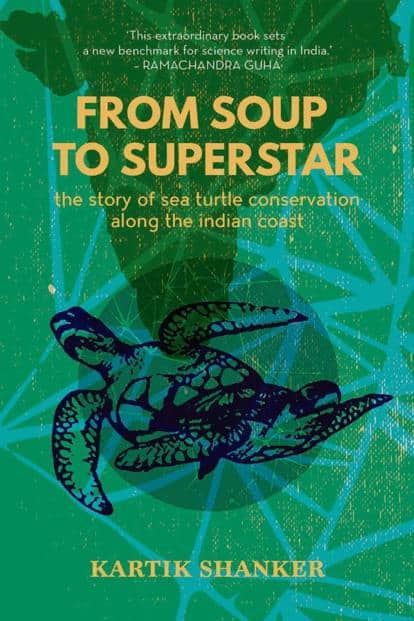 Primarily telling “The Story Of Sea Turtle Conservation Along The Indian Coast," this is an account that may interest both specialists and lay readers, especially those who live in proximity with marine life.