In these days of thin skins, on-simmer outrage and ever-deepening parochialism, cultural appropriation is a tricky business worldwide. Are cornrows the sole birthright of Africans? What about dreadlocks? Is the Muslim woman sporting a bindi a boundary-bashing free-thinker or a misguided Hindu-wannabe? Is the white man who loves jazz—as played by Ryan Gosling in top Oscars contender La La Land—a true admirer or a vile usurper of a grand black tradition? Did Elvis Presley’s rendition of Hound Dog obliterate the original black artiste, or rescue the song from oblivion?

There are no such doubts, initially at least, for Seth and Carter, two cool white dudes who meet in an upstate New York college and then set up their own studio in New York City. Seth is the suburban audio geek who circumvents his poverty by building his own recording paraphernalia. Carter is the trust fund hipster who makes a hobby of tracking down black music. “He began with Jamaican dub. From there, he introduced ska and soca, soul and RnB, 1970s Afrobeat and 1980s electro. He spun early hip hop and Free Jazz and countless regional flavours of Bass and Juke music. Chicago, London, Lagos, Miami. I had not known there was such music," writes Seth, the narrator of White Tears, of Carter. “He listened exclusively to black music because, he said, it was more intense and authentic than anything made by white people."

So far, so good, one would say. But then, they retrieve a stray bluesy number recorded by Seth during his random walkabouts around the city, splice it together with a guitar track picked up from another street performer, incorporate some crackle and hiss to date it, tack on the made-up name—or is it?—of Charlie Shaw, and release the song on the Internet. “It’s perfect, (Carter) kept saying. It’s the greatest thing we’ve ever done.... These fuckers think this music was made in 1928, but actually we made it. We made it, fools! We made that shit last week. So who’s the expert now? Who knows the tradition? We do! We own that shit!"

And on that song, Carter and Seth slide down a rabbit hole into a dark, troubling period of American history that has cast a long, barely acknowledged shadow over the country for more than a century. In that long, phantasmagoric journey back, there are shape-shifting ghosts and ruined souls, systemic corruption and familial secrets, destructive greed and the terrible weight of half-knowledge, all overlaid by the crying notes of Charlie Shaw’s song: Believe I buy a graveyard of my own/Believe I buy me a graveyard of my own/Put my enemies all down in the ground. 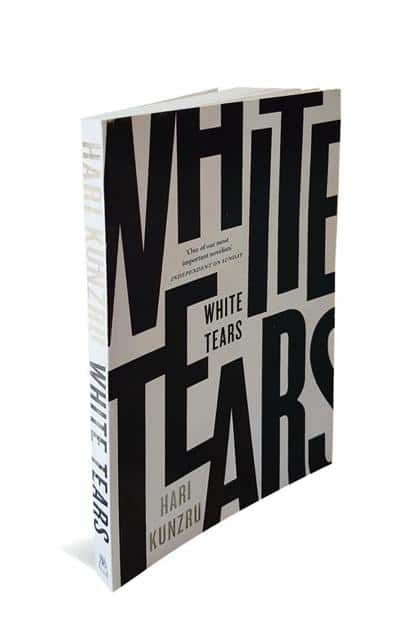 Through his still small but hefty oeuvre, Kunzru—born to a Kashmiri Pandit father and a British mother—has evidenced his interest in and ease with in-between spaces, amorphous identities, the cusps of class and the underclass, the visible and the deliberately overlooked, the real and the imagined. In his debut, The Impressionist (2002), Kunzru’s protagonist was Pran Nath, a mixed-race youth trying to find his bearings in the first half of the 20th century. In his third novel, My Revolutions (2007), Michael Frame ups on his 50th birthday and leaves his life and his wife Miranda knowing “everything she has known or believed about me...is untrue". In Gods Without Men (2011), perhaps his most overstated and least convincing work, Kunzru messes with the time-space continuum over 250 years across the Mojave Desert.

But this, White Tears, Kunzru’s fifth novel (and eighth book), signals a certain maturing as a writer even as he digs deeper into his central concerns of identity and cultural ownership. The thematic shoehorn of music rings true in a manner that the 1960s anarchism in My Revolutions, for instance, did not always; it also sheds the familiar try-too-hard wry comedy for a black humour that is at once desperate and disabling. There is a control and confidence in the construction of this book that indicates the author is no longer seeking to dazzle the reader with his brilliance; there’s an unspoken acknowledgement, even, that anger at ancient—and continuing—injustice runs too deep for superficial cleverness.

Intuitively structured and excellently paced, subtly layered and rich in original imagery and restrained by way of characters and plot lines—the multitude of both in previous novels seriously divided readers—the compulsively readable White Tears is as much an examination of loss and guilt as it is an unflinching indictment of white American power. Whether that indictment is for Kunzru—neither black nor white, not even American—to make is, of course, another matter, one that merits thought. But if one were to extend the author that artistic licence—a licence that can be earned only by self-reflexive awareness and humility, not stealth or arrogance—there is a case to be made for White Tears as Kunzru’s own coming-of-age novel, his best yet.