For some consumer complaints, you have to go to the Arctic Circlean edited excerpt from the new 'Fast Cars & Fidgety Feet'

A few weeks after I’d returned to Bombay from Australia, I received a phone call from a travel agent who organizes tours to the Arctic Circle in winter and spring. She had a group going right away and asked if I wanted to join them. I wasn’t terribly keen on an organized tour to Finnish Lapland, where the temperatures at that time would be around -15°C, and I told her so. But then she mentioned that this wasn’t a run-of-the-mill, travel-by-bus, take-in-the-sights-with-a-guide kind of tour. ‘You’ll be riding your own ski-mobile,’ she said. ‘Okay, I’ll go,’ I replied. A ski-mobile or a snowmobile is much like a jet ski, except that it runs over snow and ice, and the chance to ride one for a few days was reason enough for me to brave the bone-chilling cold. As it turned out, I was glad I accepted anyway, because the four guys with whom I was clubbed with were travelling to Lapland for the wackiest reason ever—to argue with Santa Claus about his judgment of their behaviour through the year....

...Rosario Sebastian Mendoza had been sulking since last Christmas. He had been extremely good the previous year. Firstly, he had gone to church every Sunday and not nodded off even once during any of the services. Secondly, he had been true to his girlfriend Florentina, and not so much as stolen a glance at the very shapely Rosita Sequeira even when she had strutted past him wearing her highest heels, her deepest V-neck, her shortest skirt, and giving him her widest smile. Yet when he opened his garage on Christmas Day, it was empty. There was no AC Cobra 427. He had sincerely written and asked Santa Claus for the meanest and sexiest sports car of the ’60s, and Santa had not delivered. ‘What, men!’

So this spring, when Finnair had some good deals going, he decided to fly to the Finnish city of Rovaniemi in the Arctic Circle. This is where Santa’s main post office is situated and where the merry man meets guests. Rosario figured that since it was Easter and first quarterly appraisals of good and bad behaviour must have been done, Santa would have some time for an explanatory chat. So he got together some like-minded people (Tony, Freddy, Percy), they packed their thermal underwear, monkey caps, and—for some extra warmth—some tots of the roaring rum that D’Costa Uncle discreetly distilled in his garage. ‘So what do you think Santa does for Easter?’ Rosario asked Marita, the blue-eyed air hostess on the flight to Helsinki. ‘I think he’s holidaying in Phuket,’ she replied, with a twinkle in her eye....‘He must be quite fed up after all that flying around during Christmas, staring at the backsides of Rudolph, Prancer and gang.’ But Lina, the other air hostess, assured him that Santa would be back in his office at Rovaniemi by the time he got there.

Rovaniemi, an hour’s flight north from Helsinki, is the administrative capital of Finland’s northern-most province of Lapland, and has a population of 58,000. It is a village that has grown to become a town. In fact, its first set of traffic lights was installed only recently. When Rosario stepped out at the airport, the first thing he felt was the moisture in his breath freezing in his throat because it was -8°C. The Arctic Circle line is only ten kilometres north of town, so winters can go down to -40°C. But it was spring now, and while there was snow still on the ground and ice on the rivers and lakes, the locals had a bounce in their step. The sun had popped over the horizon after months of darkness, and the birds were already singing. Soon spring would give way to summer, the snow would melt, flowers would bloom, and the temperature would rise. 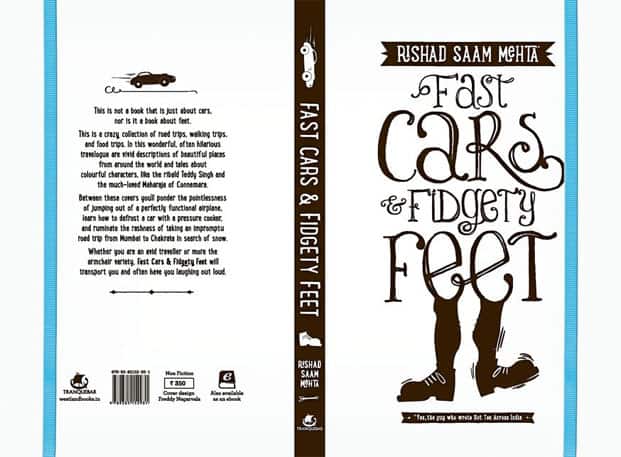 Marko, the nineteen-year-old guide from Lapland Safaris in Rovaniemi, assured them that by the next morning they would get a little used to the cold and that the gear supplied to them would keep them warm. And he was right. Putting it all on—woollen socks, cold-weather boots, and a thick zip-up overall—was an effort, but once clad it was ideal for the outdoors. Finally Marko handed them their balaclavas, gloves, and helmets, and led them out. It was a beautiful day with the sun shining in a deep blue sky with a few scattered clouds.

The Kemijoki River was still frozen solid and the landscape was still largely white. Marko led Rosario and his group towards their transportation—spanking new skimobiles that were ideal for travelling over snow laden paths and frozen waterways. As the engines roared to life, Marko could see the lust for speed rise in everyone’s eyes and hurriedly explained that there would be no racing and everyone would follow him in a single file. But that was exciting enough, because Marko set a pace that was quite quick, and they all had a damn good time, keeping up with Marko and cornering those 400cc beasts over flat open ice fields and through twisty forest trails....Rosario started feeling like Bruce Willis in the snowmobile chase in Die Hard 2. All he needed now were baddies to chase and shoot at. Later that evening, Marko’s colleague Steffi came up to them as they were relaxing in the lounge of their hotel, the Bear Lodge. ‘Some German tourists are going out for an evening snowmobile safari through the fells; would you gentlemen like to come too?’ Rosario and one companion were the only ones who hadn’t yet had a drink, and they immediately jumped up, put on their Arctic gear, and headed out. They joined the six German tourists, each on their own snowmobiles, and everyone set off. Steffi repeated the usual rules: there would be no overtaking or racing as the paths that would be traversed were pretty narrow. But, like Marko, she set such a blistering pace that soon the forested hillsides with their snow-laden birch trees were alive with the throaty exhaust note of nine 400cc Rotax engines streaking through and spewing out a stream of snow behind. Snowmobiles have to be cornered slowly, or you have to lean into the corner and use bodyweight to turn it. This is because the drive is from the rear and the front is quite light. They zigzagged through forested paths and twisty trails, up and down the white hillsides. Often the group had to stop to let wild reindeer herds cross the path. Midway, the riders stopped for a cup of hot berry juice around a fire. As it was being served, Steffi excitedly pointed up to the sky. Rosario looked heavenwards to see a splendid display of the Aurora Borealis—the famed Northern Lights. It looked as if they were enacting a drama in the sky, the way they danced across the indigo canvas in a myriad of shapes and shades. ... ...Santa’s village does actually exist, complete with its own post office. A letter dropped in any post box around the world with the address simply saying ‘Santa Claus, Arctic Circle’ will get here, and Santa’s post office receives up to thirty-two thousand letters a day during Christmas time. Every letter with a return address is answered. The village is a merry place, with kids running around, happy for having sat on Santa’s knee. Giant jolly snowmen flanked the entrance of Santa’s main office, in which were several elves. And Rosario had to exercise even more restraint than he had with Rosita Sequeira, because Santa’s elves were actually pretty young women. Soon they were all ushered into Santa’s inner study, and in the presence of the large-hearted, white-bearded man himself. Tony Pereira immediately threw Santa on the back foot when he asked if he could have miniature bottles of Finlandia vodka instead of the candies that Santa usually handed out. ‘Ho ho ho,’ said Santa, playing for time. Rosario was moderately well brought-up, so he made some polite conversation before putting forth his query about his gift not being delivered. ‘So Santa, tell me, does the design of your sleigh make it aerodynamic enough to minimize turbulence? Santa’s eyes glowed with excitement. At last, a chance for some intelligent conversation rather than the usual kootchie-kooing with kids. ‘Oh, my sleigh’s got a self-levelling system to neutralize the effects of turbulence. My biggest problem is Prancer, who has a weak digestive system, but insists on running away into the forest and snacking on wild toadstools before a flight. Then I have to handle flying through terrible flatulence. Last year, it got so bad that I had to land in Iraq and borrow a gas mask from a US Marine’s chemical warfare kit.’ ‘Where are the reindeer now?’ Rosario asked. Santa replied that they were at the Arctic Circle reindeer farm, a half hour ride down the river. They should go there and look the animals up, he said. Tony butted in. He wasn’t quite done with the thread of conversation that had to do with vodka. ‘Santa, if I switch to a daily peg of Finnish vodka instead of Old Monk, will I be in your good books? ‘Ho ho ho,’ replied Santa again, making a mental note to deliver the ‘Dummies Guide to Fighting Alcoholism’ to Mr Pereira’s house next Christmas. Finally Rosario put forth the question around which this trip had formed. Father Christmas looked at Rosario with kindly eyes and magnanimously spread his arms. Tony suggested that he was indicating the amount of vodka he’d give them in compensation. ‘Aye bugger, enough of your vodka talks. I’ll give you one kaanpatti if you don’t shut it,’ Rosario said, clearly getting a little irritated. Santa said, ‘I have to take into consideration a lot of things before I deliver gifts, son. The car you asked for will consume fuel like a thirsty camel and doesn’t meet current emission norms. And we really have to look after the environment, now, more than ever. So be good this year and I’ll give you a spanking new Nano.’ Three days later they were on their flight back home, and Rosario looked back and realized that they’d had a superb trip to Rovaniemi. They’d actually enjoyed the cold because they were well clad for it, they’d gone on a husky safari, and they’d seen an awesome display of the Northern Lights. Wistfully Rosario realized that the Cobra wasn’t coming, but always the optimist, he looked at the brighter side. He could now check out Rosita Sequeira. She definitely had more curves than the Nano!

Excerpted with permission from Tranquebar Press. The book releases in the last week of February.