| Logout Log in/Register
Home > How To Lounge> Art & Culture > Remembering Bengaluru—old, new and in between

Artist Shanthamani M.’s new online show at MAP Bengaluru captures the spirit of a city torn between tradition and modernity 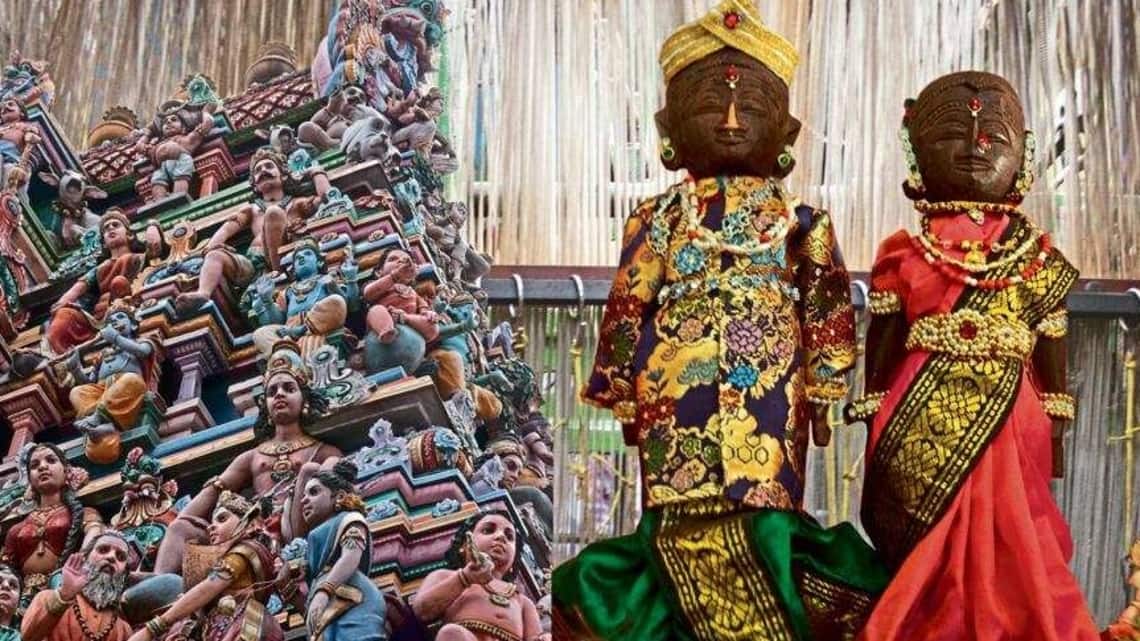 In one of Shanthamani M.’s photographic compositions—or “photomontages”, as she calls them—a woman holds aloft a miniature model of an aeroplane. Flanking her are brightly embroidered blankets made by women from the Siddi community of Karnataka and mandalas that look like rangoli designs, though not quite like the ones you see in the southern state. On one side of the frame is an image of a felled tree trunk, hollowed out, with a hole like an open wound.

All these fragments, photographed on Bengaluru’s buzzing Brigade Road between 2006-08, cohere to form a metaphor for a city in a constant state of flux—a metonymy for urban space that is repeatedly dismantled and cobbled together, ad infinitum, a place under siege from a rapacious model of growth meant to serve unbridled commerce to the exclusion of all else. The aeroplane acts as a symbol of the growing influx of immigrants into the city. The spectre of all the trees that were chopped to build roads connecting the airport with the rest of the city looms on one side of the frame, with remnants of Bengaluru’s multicultural legacies lurking at the bottom.

Also Read | These Bengaluru artists are painting to get people walking

Part of Past Continuous, an online show hosted by the Bengaluru-headquartered Museum of Art and Photography (MAP), this composite image is an outcome of Shanthamani’s return to her visual archives during the coronavirus lockdown. “All those years ago, when I, as part of a group of four artists, went out and took these photos, the city was undergoing a major churning,” she says. “We spoke to ordinary people and documented ways of life about to vanish forever. It was our way of rooting art into the geography of the city.”

Shanthamani, who originally trained as a painter, is best known for her powerful sculptural installations. At the 2014 Kochi-Muziris Biennale, she created Backbone, a massive spinal column made of cement and cinder, and laid it on the premises of Aspinwall House in Fort Kochi. The intimate realities of the body—the pair of hands with which we create and destroy all the time—recur in Shanthamani’s art.

She extends these themes on to Past Continuous too, except that this is rendered over two dimensions, on the virtual reality of screens. And instead of the human body, it dissects the anatomy of a metropolis.

As the race to reinvent Bengaluru into India’s Silicon Valley intensified, it opened up conflicts about notions of belonging, growth and modernity. “I had a studio in Koramangala village in the early 2000s. That area did not have a road for a long time,” Shanthamani recalls. “But soon after a road was built there, the locals dug it up to create the firebed on which they did their ritual fire-walking before the temple nearby.” Moments of change and resistance such as these provoked some fundamental questions: “Who are we building this city for?”, “What does it meant to inhabit Bengaluru collectively, as part of a heterogenous and expanding community?”

Such queries are also addressed by the show, archly and gently, its accent shifting from frame to frame. In one work, for instance, a model of Hanuman, the monkey god, is juxtaposed against a billboard advertising a newspaper meant for “young minds”, the latter represented by a young woman. In another, a video footage, the camera looms over a woman’s hands swiftly making incense sticks as she sits at a street corner. Shanthamani weaves in subtle and overt references to the history of Bengaluru—pre-colonial, British, and beyond—to build some sense of cultural coherence into the map of the city.

From the coming of electricity to the Kolar region in 1905 to the figurines worshipped during bombe habba (the festival of dolls), to the coexistence of colonial and brutalist architecture along Cubbon Park, Past Continuous is keen to draw attention to the multiplicity that inheres in Bengaluru’s identity as a modern metropolis. This is not a project to uphold any politics of insularity but, rather, an attempt to reveal the complexity of historical layers over which the city stands.

Past Continuous is on display at Map-india.org.

Also Read | Stories of Bengaluru’s lakes, via an online game