How to Lounge this Weekend

Here's what has our attention this weekend

On Jhaveri Contemporary co-founder’s art collection, Amaya, a selection of which will go under the hammer at Saffronart’s Contemporary Indian Art auction this week:

The story behind the ‘Amaya’ collection?

I began collecting artworks around 1998. Most of the works have been from the artists’ early exhibitions (like Atul Dodiya and Bharti Kher), acquired directly from the galleries. It was a collection that grew organically due to my enthusiasm for supporting young artists in the early stages of their careers. The first artwork that became a part of the collection?

It was an untitled work by a young and little-known artist called Girish Dahiwale. I bought it at an exhibition in 1998 at the Birla Academy of Art and Culture in Mumbai. I was blown away by his skill and how current the artwork was. Unfortunately, soon after the exhibition, the artist committed suicide. Later, in 2001, this artwork travelled to Tate Modern, UK, to be exhibited in a show called Century City.

Thematically, is there a thread that runs through the pieces?

There’s a lot of work that relates to classical Indian iconography. For example, there’s a work by Surendran Nair, which resembles a Jain spiritual figure. There is also an L.N. Tallur piece, where he has embedded a brass lamp in a concrete RCC pillar. —RI

The auction will be held from 4-5 December. For details, visit Saffronart.com. After travelling to Madrid, Rome, New York and Seoul, the Hermès Silk Mix installation is making a temporary stop in Mumbai. Modelled on a vinyl record store, the installation features illustrations of men’s Hermès silk scarves on record sleeves and tie designs on cassette covers. Each record plays an extract from a soundtrack used in the label’s runway shows. The record-browsing experience will be accompanied by live music from the Colour Compound and The Rynosax Collective (featuring DJ Uri and Anand Bhagat). —VC 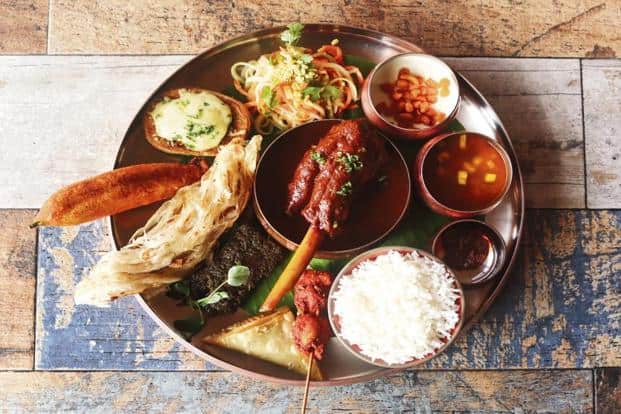