World Bicycle Day: How cycling kept Indians fit and calm through the pandemic

On World Bicycle Day, Lounge speaks to three avid cyclists on how riding helped them cope with the pandemic and lockdowns 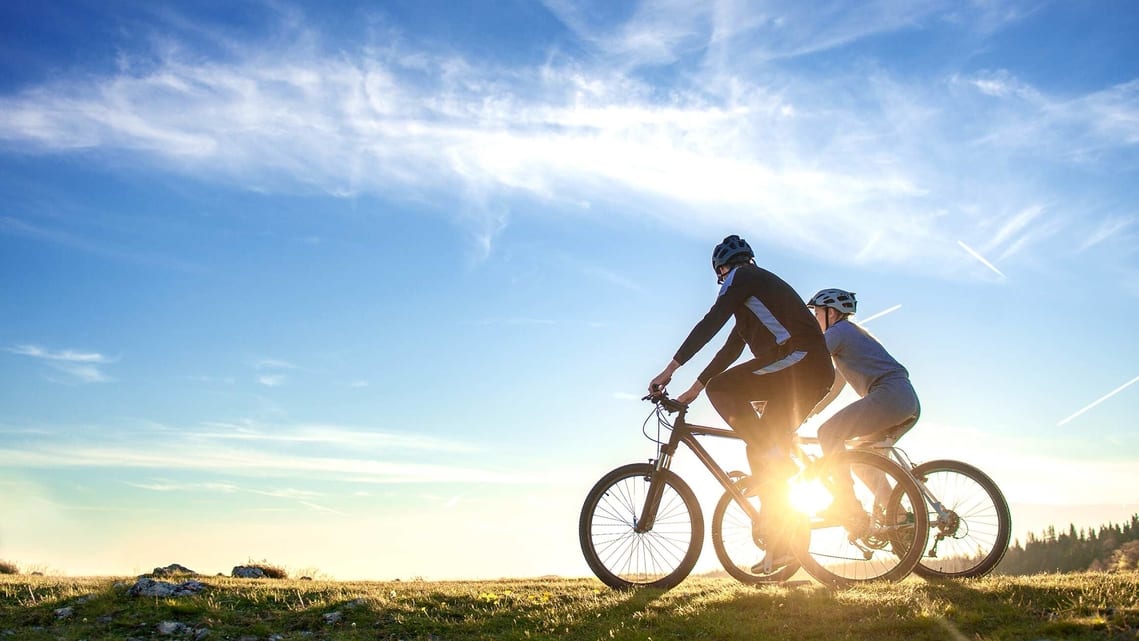 The UN celebrates World Bicycle Day every year on 3 June.

The United Nations celebrates World Bicycle Day on 3 June every year in an attempt to educate the public that the humble bicycle contributes to cleaner air, reduces congestion and makes education, healthcare and other social services more accessible. At the same time it is an environment friendly and sustainable mode of transport that bolsters the fight against climate change.

Since the lockdowns began last year and traffic thinned out on the usually busy roads of India, people took to cycling with such enthusiasm that several cycle dealers and retailers were forced to start waitlists as demand far outstripped supply. Apart from the physical exercise, cycling also provided a way out of their flats for millions who found themselves working from home. We talk to enthusiasts about the impact of pandemic and lockdowns on their cycling habit and how the sport helped them cope with the uncertainties of our times.

What started as a pastime and recreational activity seven years ago is now something of a passionate love affair for Priya, as she is known among the cyclists in Chennai. The 45-year-old’s pastime has turned into her preferred mode of daily commute, all 40km of it. On weekends, it becomes an endurance workout along the East Coast Road that connects Chennai to Puducherry. Priya has also collected five super randonneur titles for completing 200km, 300km, 400km and 600km brevet rides in the same season. “I am not fast, but I like and can cover long distances,” she says.

The pandemic and the lockdown threw her cycling habit off track briefly last year as offices shut down and everyone was stuck at home. “It was difficult to ride in Chennai during the lockdown last year because I was working from home. After a while, I started going to the MGM Beach off East Coast Road with my coach to clean it. That ensured I was getting my time on the saddle,” says Priya, who usually clocks about 150-200km of cycling a week.

Also Read: How Adil Teli set a new record for cycling from Kashmir to Kanyakumari

She hasn’t cycled since late April this year when the Tamil Nadu government re-introduced restrictions. While she obviously would like to comply with the rules, she says she’s also afraid to venture out. “The situation in Tamil Nadu is very bad right now and despite having had both my shots of the covid-19 vaccine, I don’t want to take any risks. I am doing yoga and CrossFit at home to maintain my strength and conditioning and will cycle only once things improve and restrictions are eased here,” Priya says.

She is itching to climb on to her MTB (mountain bike) and do a tour of South India once things improve and lockdown is lifted. “I want to cycle to Kanyakumari and back and Tanjore and back on my MTB,” she says, sounding dreamy and hopeful.

The 30-year-old businessman from Kolkata still remembers how much he had wanted a racing bicycle with drop down handlebars as a kid. “I just wanted to go fast. The racing cycle just looked so cool,” says Shah, who now owns such a bicycle and loves taking it around the city.

Also Read: Five mistakes to avoid while you're training for a triathlon

Before life as we knew it came to a stop in March last year, Shah used to cycle four times a week and clocked 200km per week. These included longer rides on the weekends and short sprints and interval training during the week. “During the first lockdown, things were strict and I did nothing except sit at home. I’d get onto the indoor trainer when I wanted to cycle. I started cycling properly again when things started re-opening. Traffic was still sparse and police didn’t stop us from cycling, so that was a win-win,” recalls Shah. He says that cycling has helped him stay active and happy. “It has helped me stay in good physical and mental shape all through this pandemic,” says Shah, who was inundated with requests for help and mentoring by his family and friends who bought cycles during the lockdown.

Shah patiently advised them, went on rides with them and even drew up training plans for them. “They started slowly with 5km rides first and slowly increased the distances to 10km and 20km. I managed to get 50 people to complete their maiden 50km ride and 20 to do the full 100km. Going out in the morning and pedaling through the city is rejuvenating, not just for me but many others too now,” he says with a contented smile.

The 41-year-old was gifted a bicycle on his 40th birthday in February 2020 by his wife. Cycling quickly became his new favourite pastime and meditative activity that came to an abrupt halt when the nationwide lockdown was announced in March. When the city started opening up again, he resumed cycling on the empty roads of Kolkata. He realized that this was the best time to slowly introduce his seven-year-old son, Akshansh, to using the roads.

Also Read: How Indian runners cope with covid-19 and lockdowns

“It is one the things both of us look forward to. He spends hours on the computer attending school and I am on a lot of Zoom meetings. After 17-18 hours inside, cycling was our way to escape the house and breathe some fresh air, especially because the pollution is also low these days. Cycling is our time to bond.”

After cycling together at an easy pace for 30 minutes or so, he drops his son back and, more often than not, takes off for his own workout ride, which is helping him improve his stamina and fitness. Cycling is also helping him stay calm and sane in these tough times. What he really loves about cycling these days is how all cyclists wave whenever they pass each other. “The smiles are visible in their eyes at this momentary interaction during these times of isolation and distancing,” he says. 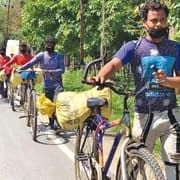