Why you need to work on strengthening your hips

A vital muscle group in the body is also the most overlooked. Here's a Lounge guide to why you should train your hips 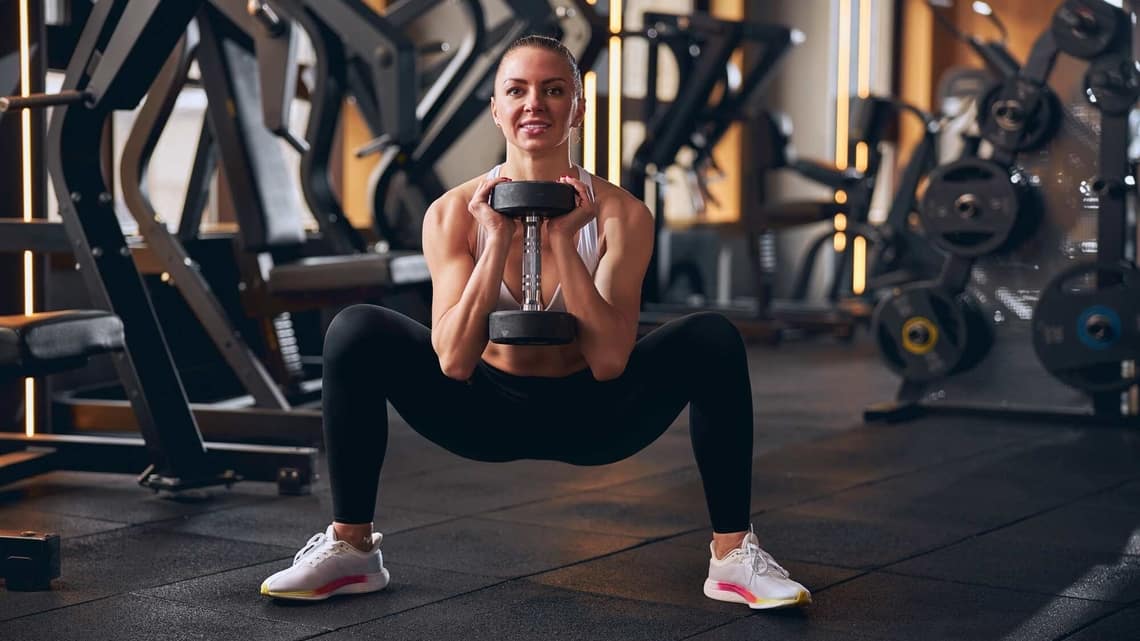 You need to work on strengthening your hips for better overall fitness. (Istockphoto)

It's fair to say that most humans regularly perform one physical activity more than any other: sitting. And yes, this is a polite way of saying that people generally love sitting on their butt all day. While sitting down is mostly a pleasurable thing to do, in the process, this ends up affecting one of the most important muscle groups in the body: the hips. Among other muscles and tendons, this includes the glutes, the hamstrings, and most importantly, the hip flexors. The latter, situated towards the top of your thigh, flex, hence the name. They allow you to bring your legs up, closer to your body.

The hip flexors perform an important mechanical function, which is why, if not done correctly, even basic abdominal crunches may sometimes wear them out. The reason for this is that people often end up engaging their hip flexors to crunch, and not their abs, as is the correct form. Squeezing and tightening the ab muscles while performing the move will put more load on the core, and spare the hip flexors.

Which brings us back to sitting. As you sit and lounge for longer hours, the body will go through a painful process. The US health publication, Healthline ran an explainer titled 7 Stretches To Relieve Tight Hips a few years ago. It states that hip flexor tightness occurs because “excessive sitting causes the muscles to relax and deactivate. They become progressively weaker and shorter, sometimes causing a painful condition called adaptive shortening.”

There is a basic physical test you can put yourself through to find out if your hip flexors are tight. It’s called the Thomas test after Dr. Hugh Owen Thomas, who came up with it in the 1800s (clearly humans have been suffering from tight hips for a while now). The first step is to lie down on the floor or a bench. Step two is to pull both knees up to your chest. Now continue to hold your right (or left) knee to your chest while straightening the other leg. Your hip flexors are considered tight if you can’t lower either leg fully onto the surface you are lying on.

What injuries do tight hips cause? “If the hip muscles are tight, it will pull your pelvis forward and cause lumbar pain. As for glutes, they don’t get tight—rather, their movement gets inhibited. That could lead to your hamstrings working harder than they should. And when that happens, it can lead to knee pain. When the hip can’t take the weight of your body, it can lead to poor posture. It’s all connected,” says Vandan Patel, who is a physiotherapist based in Vadodara in Gujarat.

Which brings us to how overlooked this problem is, even among regular gym-goers. It’s common to see someone perform a weighted glute bridges, but it’s highly uncommon to see someone go through an entire mobility routine. To many people, training the hips may seem mundane or a waste of workout time. But that doesn’t mean that it isn’t important. Moreover, a hip mobility routine will take only around 10 minutes and you can do this first thing in the morning.

Also Read: Do you really need to lift heavy weights for muscle growth?

A 2015 study published in the published in the Journal of Back and Musculoskeletal Rehabilitation states why it’s important to incorporate hip exercises into your routine. The study, Effectiveness Of Targeted Home-Based Hip Exercises In Individuals With Non-Specific Chronic Or Recurrent Low Back Pain With Reduced Hip Mobility states that a “six week home exercise program of exercises targeted at the hip are effective in improving pain and function in people with non-speciﬁc chronic or recurrent LBP (lower back pain).” It also states that both hip stretching and strengthening exercises can be effective in improving pain and range of motion; however, hip strengthening will help more in the long run. So those weighted glute bridges are certainly useful, but perform them alongside stretching and conditioning exercises for long term benefits.

“At least two-three sessions per week of hip stability or conditioning will do fine for most people. Maybe this is overlooked in the gym because people think it’s only necessary for athletes. It is true that repetitive activities like running and cycling will lead to you using these muscles more than usual, and if you’re doing that, then working on the hip area is even more important,” says Patel.

Also Read: How to achieve your fitness goals by mastering the squat

A carefully drawn out training plan that targets hip mobility must become the norm. Such a plan would include dynamic stretches, functional exercises like squats and lunges (which you’re hopefully already performing on leg day), explosive exercises, and some moves that result in a better range of motion. The use of resistance bands is highly recommended for any kind of strengthening routine. Feel free to incorporate kettlebell swings where you thrust while engaging your glutes and try picturing these exercises as less of a hip mobility routine and more of a proper lower body workout or a warmup. The most important among all motivators to go through a routine like this would be that stronger hips lead to better workouts.

Try this 8-minute hip strengthening routine regularly for a couple of weeks and feel the change.