Why Animal Flow training is the hot new workout in town 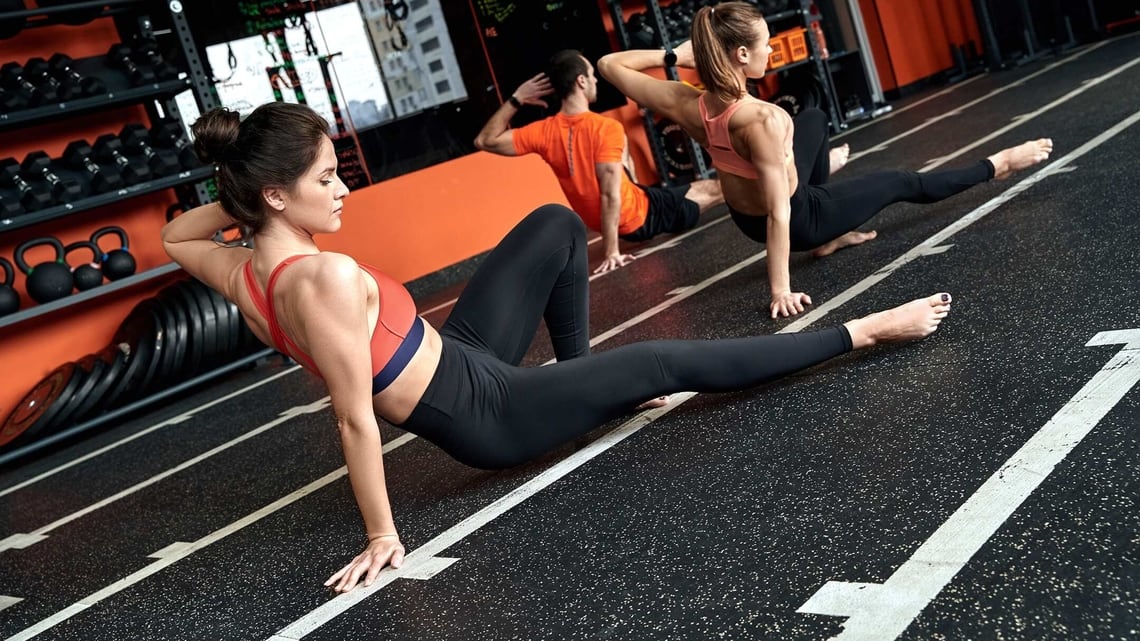 Animal Flow moves use body-weight for its moves. (Istockphoto)

Mallika Fernandes has always enjoyed physical movement. “From the time I was very young, I was involved in a lot of sport,” says the Chennai-based Fernandes, a former national level athlete. Last year, Fernandes, now a recreational obstacle course racer and avid health enthusiast, added a new activity to her already intense training schedule: animal flow. “Someone I had been following and thought was a good practitioner started teaching, “ she says, adding that the fact that the classes were online made it easy for her to make time for it. “It just felt like the right time and good opportunity,” says Fernandes, who is a counselling psychologist by profession.

The pandemic has changed the fitness landscape considerably over the last fifteen-odd months. With gyms closed, parks and beaches cordoned off, and group workouts a strict no-no thanks to physical distancing norms, our homes have become the new fitness centre. And animal flow training, which consists of a ground-based, dynamic series of postures, many of which resemble the movement patterns exhibited by animals, is a great home workout option. “I can see a lot more people taking it up,” agrees Fernandes, who believes that the online class format has helped create traction for animal flow.

Devrath Vijay, an Animal Flow master instructor, concurs. “Everyone is training online now; that has helped grow animal flow exponentially,” says the Bengaluru-based Vijay, co-founder of Sweaty Ninjas and Academy of Strength. It also helps that it doesn’t require any equipment. “Since it is a bodyweight workout, it is more accessible to many people,” says Urmi Kothari, the founder of the Mumbai-based Kinetic Living, who holds multiple fitness certifications, including one in animal flow. “I think it is one of the fastest-growing functional training workouts out there,” she believes.

Animal Flow, created by the US-based fitness coach Mike Fitch around a decade or so ago, draws from several different disciples—break-dancing, gymnastic, parkour, yoga—to create this trademarked movement system. According to the Animal Flow website, it consists of a range of movements and combinations grouped into categories, collectively called “six components.” These components—wrist mobilisations, activations, form-specific stretches, travelling forms, switches&transitions and flows—can be mixed and matched in many ways.

As the name suggests, much of the movement occurs on all fours, ostensibly “to improve the function of the human animal,” as Fitch puts it. The primary travelling forms, the ABCs of animal movement, if you will, are called the following: Ape, Crab and Beast, along with their variations. “You need to get good at those before exploring other moves,” believes Vijay. “At the same time, it can be scaled up to a very advanced level,” he says.

The beauty of Animal Flow, adds Kothari, is that this form of training doesn’t just work on your muscles and joints; it also stretches and loads your body’s fascia: a web of connective tissue cocooning your muscles, bones, organs, nerves and blood vessels. “The fascia connects different groups of muscles together which work in tandem during our movement,” says Kothari, adding that training this fascial tissue, along with your muscles and joints, improves the overall efficiency of movement.

Spending so much time in a quadrupedal position has other benefits. Hands and feet have a supremely high number of sensory receptors, points out Varsha Venkatesh, a Chennai-based movement coach who takes both yoga and Animal Flow classes at her virtual studio, Yoga Vriksha.“It is closed chain exercise, which means that your hands and feet stay in contact with the ground (like in a push-up). That position is fantastic for your central nervous system,” she says, adding that it also offers a sense of spatial awareness and deeply enhances the mind-body connection.

“That is what I love about it,” says Dr Sunitha Raja, a Chennai-based dental surgeon and an international-bord certified lifestyle medicine professional. Raja, a fitness enthusiast who got into Animal Flow in 2018, calls the practice deeply meditative. “You have to be present at the moment. It is amazing,” she says. Including this multi-planar movement practice to her fitness regime—either alternating it with her heavy weight lifting regime or using it as a warmup or cooldown—reduces the likelihood of injury, she believes. “It has helped me with strength, endurance, flexibility, balance and coordination,” she says.

It isn’t just for people who lift weights, however. Including various activities in your training program helps reduce the likelihood of repetitive stress injury (RSI) in general. And Animal Flow is an excellent system to cross-train with, whatever your sport. “Yes, it is a disciple that can complement anything you are doing,” believes Vijay. It can help a runner, a cross-fitter, or a yoga practitioner stay injury-free and help perform better at their primary activity, he says.

Also Read: Why cross-training is the future of fitness

While Animal Flow in itself is not an injury-prone activity, it is essential, as always, to go to a properly certified instructor. “You have to be able to understand how to progress,” points out Vijay. “If you do something too advanced, then, of course, there is a chance of injury; if learning from a good instructor, you are in safe hands,” he adds. Also, if you already have a pre-existing injury—especially around the shoulder, neck or wrist—it is best to check with your physical therapist before starting the practice, says Kothari. And yes, patience is necessary too: like dance or ashtanga yoga, the seamless movement patterns and fluidity come after mindful, consistent practice. “Have fun but always be patient,” cautions Kothari. “And get a good teacher who makes you fall in love with the craft.”

Fernandes has, irretrievably so, and she credits her coach for playing a significant role in this. She also turned out to be good at it, something that motivated her considerably. “When I feel I can do something well, I like better,” she says, adding that she intends to stick to it. “It feels nice that your body can move those ways, and it looks nice as well. It is just very cool.”