Goalkeeper Dheeraj Singh says he’s taught himself to move on from mistakes, focus on the big picture and play to win 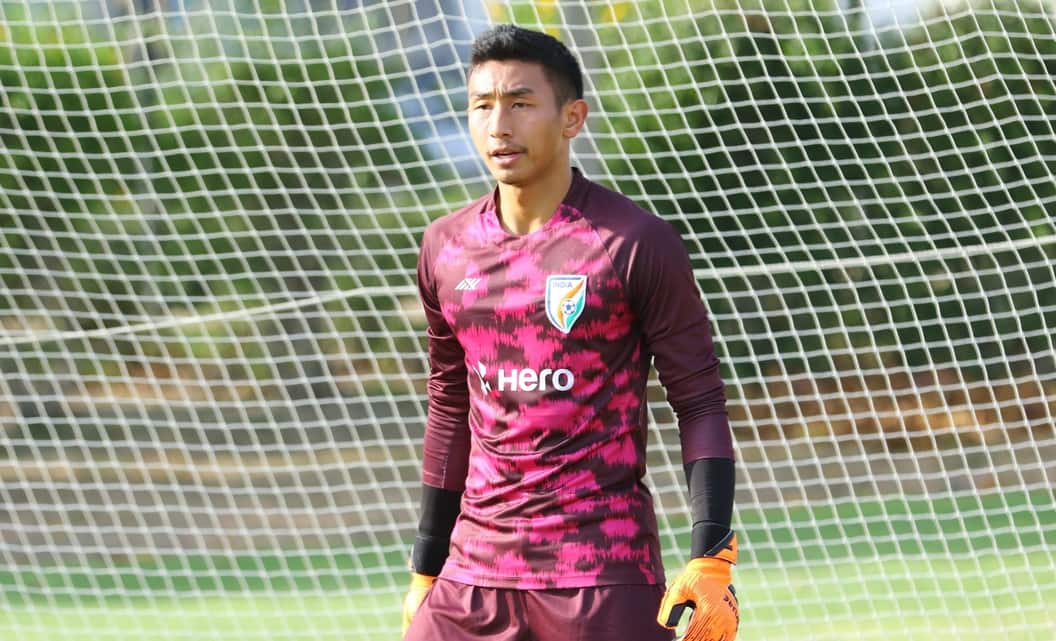 Goalkeeper Dheeraj Singh says he's realised he should not dwell on past mistakes but learn from them and move on.

From the day Dheeraj Singh made his debut in the 2017 Under-17 World Cup in India, to the time he kept back-to-back clean sheets for FC Goa as they became the first Indian club to play in the AFC Champions League group stages in April, the goalkeeper has been under the scanner.

Most times, he has proved to be up to the task. Sometimes, he has felt frustrated, lost, and burdened by his mistakes. A goalkeeper’s life is one of extremes: you make errors that lead to goals, you make spectacular saves. Then you hope people remember the latter. It seems that standing between the posts and under the bar, as the last line of defence, goalkeepers need a different kind of mentality to survive football: not just reflexes and strong hands and a good reach, but also mental strength.

Also read: Why wrestler Sakshi Malik has a fear of flying

“Concentrating for 90-minutes as a striker and a goalkeeper is different. If a striker doesn’t score, the team will not lose because someone else might score. For goalkeepers, if you miss, you concede, and the team drops points,” says the 20-year-old as he prepares for India’s 2022 World Cup and 2023 Asian Cup qualifiers coming up in June. He is one of the three goalies selected by head coach Igor Stimac alongside Gurpreet Singh Sandhu (Bengaluru FC) and Amrinder Singh (Mumbai City).

Singh came into the 2020-21 Indian Super League (ISL) season after playing just once for ATK in 2019-20. Sitting on the bench for an entire season for ATK took a mental toll. He readily admits that he gets affected easily. “If I have a bad day in office, or make a blunder that cost a goal, it is difficult for me to get over it. When we lost, I would watch the game and ask myself what I could have done differently. When I make a big mistake, it is hard to forget. It takes time. I am the kind of person who gets disturbed by this,” he says. Singh says he has since realised that he needs to keep his emotions in check during the weeks he wasn’t in the starting XI.

Without fans at stadiums due to the pandemic, Singh has shed some of his initial shyness and is more vocal during games. But, he says, in a bio-bubble, it takes more time to recover from setbacks.

Following that disappointing stint in Kolkata, the latest season saw him move to FC Goa. He had to wait 12 games before making an ISL start for the team, but he ended the season as the best goalkeeper of the group league round in the AFC Champions League, Asia’s equivalent of the European UEFA Champions League. Singh made 26 saves in five matches which included two brilliant stops against Al-Wahda of UAE in the final moments of a 0-0 draw. The other two teams in the group were Al-Rayyan of Qatar and Persepolis of Iran.

Also read: How Indian women hockey players are training for the Olympics

But it wasn’t all smooth sailing at FC Goa either. When he finally got his chance, Singh started shaky, letting in an innocent-looking corner slip under his arms to allow Danny Fox to score an equaliser for East Bengal. Ten minutes later, he made a spectacular save, pushing a powerful effort from Harmanpreet Singh onto the post. In the 93rd minute, he rushed out to block a low shot. Some would say he earned FC Goa a draw, but he would have seen this as dropping two points. Over the past year though, for every mistake he’s made, Singh has also made a notable save. But consistency is what makes a goalkeeper’s career and Singh realizes that a lot of that will depend on his mental strength.

“It would be easy for me to say dil pe matt lo (don’t take criticism to the heart), but I can’t do that sometimes. We are all human so we feel. And I have gone through a phase of overthinking, of losing sleep at night for goals conceded. That is when it’s important to keep yourself busy, to have good people around you. In games, I’ve learned to concentrate by following the ball always, by talking to the players around me,” he says.

A bread-and-butter job for goalkeepers is to organise the defence during games; especially getting the defensive wall correct during set-pieces. Without fans at stadiums, it’s easy to see that Singh has shed some of his initial shyness. He’s more confident and this can be seen in how vocal he is during games. He acknowledges that one of his weak points is decision making during corners and free kicks, and that a change in mentality is helping him get better at them.

“Even after I started playing for FC Goa this season, I was not performing at the optimum level. I was making the same mistakes for a few games in a row. Mainly during set-pieces, and it was costing the team points. I started taking responsibility for this, and in a bio-bubble, it takes more time to recover from setbacks. There was no time to recharge mentally,” he says.

That is when he spoke to team physio Russell Pinto, who was also part of the India U-17 World Cup team. Pinto said all the things Singh thought he wasn’t good at were actually simple tasks that he had made look easy in the past. “That little conversation gave me belief. I needed it to stop those earlier mistakes from troubling me,” he says.

Singh first heard of a mental conditioning coach during the U-17 World Cup camps, when Dr Swaroop Savanur was tasked with helping the young players prepare for the mental challenges of representing the national team. “I provide players with mental skills that can be practically applied on the field to help them push the mental barriers and face tough situations and challenges,” he said in a 2017 interview. That early exposure taught Singh how important mental health in sport was.

Singh says he has stopped beating himself up about the lack of clean sheets because there are some things he simply cannot control.

Hoping to make his senior India debut soon, Singh says that these days he has changed the way he looks at the game. He has stopped beating himself up about the lack of clean sheets because there are some things he simply cannot control during the build-up of an opposition attack. He’s realized that chasing clean sheets had made him lose focus in the past.

“I like clean sheets but to obsess over them makes me forget the bigger picture—which is for the team to win. I have experienced that when I play with a personal record as my goal, and if I concede early, my focus suffers for the rest of the game. With experience, the anxiety before matches isn’t an issue anymore and I can handle the pressure. I know what to listen to, and what to ignore, and that is also an art.”

At just 20, Singh’s entire career is ahead of him. A footballer’s career is riddled with ups and downs, injuries and trophies, heartbreaks and second chances. But it seems that he is now ready to take them in his stride.

Pulasta Dhar is a football commentator and writer

Also read: Why you need to train with a kettle bell