If you're bored of dumbbells and the thought of running leaves you cold, try climbing, a fun and brainy way of getting a workout 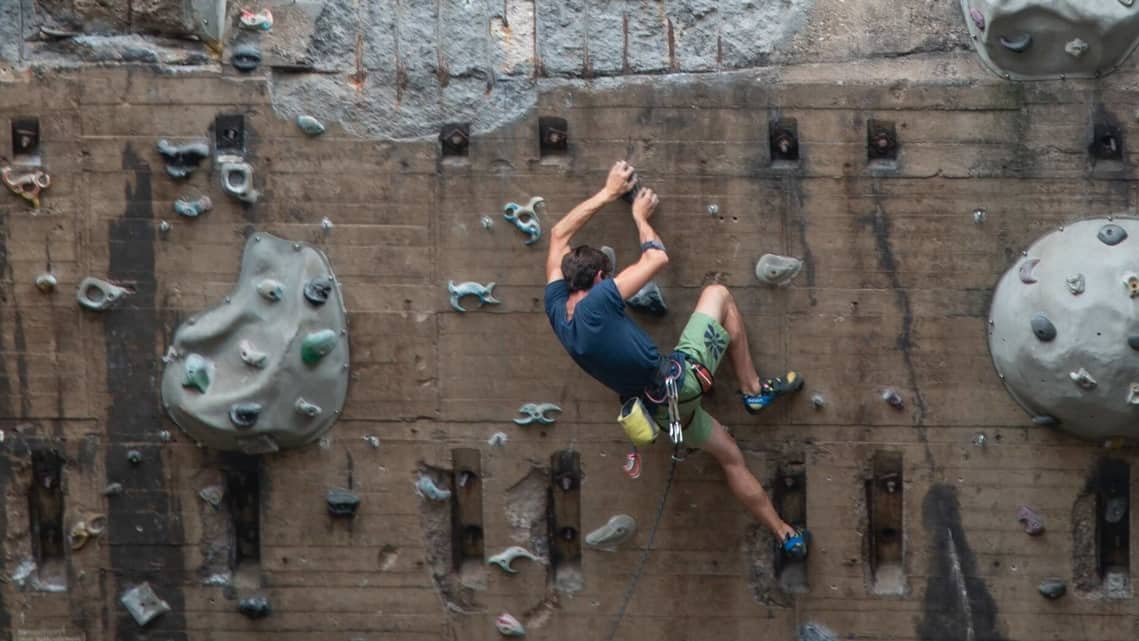 Climbing is a fun sport that also doubles up as an excellent workout. (Unsplash)

Are you bored of dumbbells? Or does going for a run sound too daunting to you? Yoga could be really helpful, but maybe you find it too slow? Fret not, there’s another fun and effective way to get a good workout: try some climbing. The common perception is that climbing is an adventure sport. Well, that it is, but it’s a sport that anyone can take up, and it also helps you get in shape. Many end up picking up climbing as a hobby or as a workout routine, and then they end up loving it.

“I do believe that climbing is for everyone, either indoor or outdoor (versions). It’s just a matter of finding what is right for you and sticking to it. Indoor climbing to some extent is inevitably safer than outdoor climbing, because multiple factors, like weather, terrain, and technical aspects that add to the risk element are mitigated in an indoor facility that simulates the same movement,” says Vrinda Bhageria, co-founder of BoulderBox, a climbing gym in Delhi’s Vasant Kunj area.

Climbing is often seen as something that requires raw upper body strength. But Bengaluru based Gaurav J, director of climbing gym Let's Play Climbing, says it’s a misconception. “It involves a lot of footwork. Almost like in dancing you have to learn the choreography, that’s how you have to learn and remember the footwork in climbing. After that comes your upper body strength, which can increase as you keep practicing. So yes, climbing can be done by everyone—no matter what their strength level is,” says Gaurav, who is better known in the climbing circuit as Gujju Razak.

Climbing—whether indoors on an artificial wall or outdoors on boulders—does impact your strength. Grip is natural to humans, believes Gaurav. But along with that there is also flexibility and core strength that comes into play while climbing. If you relax your core muscles, you will slip. If you are not flexible or mobile enough, you might not be able to reach the next foothold.

“But along with that it is a cognitive sport. You have to figure out the route yourself, solve the ‘problem’ as we call it while climbing. So yes, problem solving and imagination (to map the route you will take) is required in climbing which often gets overlooked,” he says.

Also Read: Young rescuers who combine their love for climbing with that for wildlife

There are also some technical things involved, that require a fair bit of learning. But then again, the first time you walked into a gym, you didn’t know know how to use all the machines, did you? Beginners should find a good instructor or mentor and learn to climb, as well as learn the basic techniques of belaying (how to secure a rope), and how to tie secure knots.

As a beginner, you can choose to climb indoors or do sports climbing (with ropes and a climbing harness). You can also choose to go bouldering which involves climbing shorter routes outdoors. These are low enough so that you don’t need a harness, but a crash pad is always recommended. And while shorter, these are quite strenuous and can give you quite a good workout. Most climbing gyms also have bouldering walls where you can learn how to free climb without ropes.

Also Read: How climbing a mountain is like meditation

“There’s no particular thumb rule for the level of strength required to climb. If you’re someone who’s able to climb a ladder, and maybe hang on a bar with assistance from your feet, you can definitely climb a wall. The intensity of a climb can of course vary based on one’s physical abilities, but there are no prerequisites,” explains Bhageria. She recommends working on physical conditioning for climbing, such as mobility for your hips and shoulders, the ability to hang by your arms and building reasonable core strength.

So there you have it, climbing is a fun and different way of getting a workout! So ditch those queues behind the treadmill and give climbing a shot!