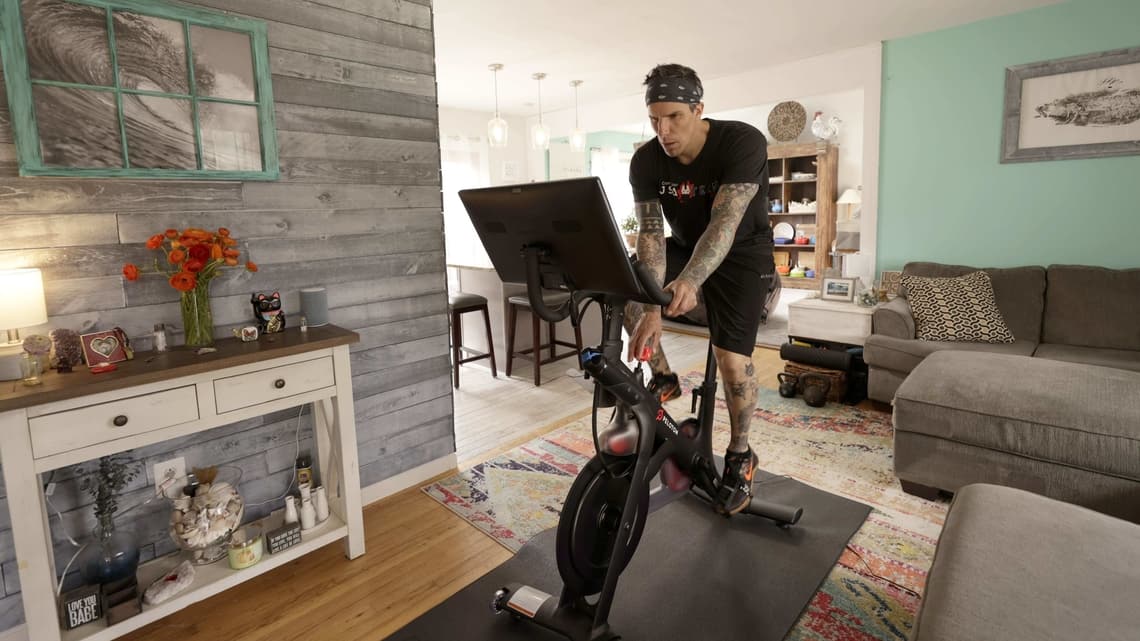 Peloton Interactive Inc. said it generated record quarterly revenue and a fivefold increase in paid digital subscriptions, reporting results just a day after a recall of its pricey treadmills.

Sales gained 141% to $1.26 billion in period ended March 31, the New York-based fitness technology company said Thursday in a statement. Analysts, on average, projected $1.12 billion, according to data compiled by Bloomberg.

Connected fitness subscriptions -- users who pay for classes on Peloton equipment -- jumped 135% to 2.08 million. Paid digital subscriptions, made up of people who take classes on smartphones, tablets and other devices, increased to 891,000. Both numbers topped analysts’ average estimates.

Still, the results were announced after Peloton, in conjunction with the U.S. Consumer Product and Safety Commission, said Wednesday that the company had stopped sales and recalled its Tread and Tread+ treadmills. The $4,295 Tread+ was recalled after a child died and more than 70 injuries were reported from using the product, while the cheaper Tread was recalled due to the risk its touchscreen may fall off. While the treadmills account for a small percentage of the company’s hardware revenue, which is primarily generated by stationary bicycles, they are seen as key future growth drivers.

The company didn’t provide a forecast with its results, but said executives would give revised fiscal 2021 guidance on a conference call scheduled later Thursday.

Peloton sales have soared in the past year as the pandemic shut gyms and forced people to work out from home. However, the company has struggled to keep up with demand for months, leading to long wait times and frustrated customers. Those supply issues droves shares down about 45% in 2021.

In a letter to shareholders, Peloton said average shipping times for its original bike are back to pre-pandemic levels. “While progress has been made, additional work remains to reduce delivery times across the remainder of our product portfolio and regions,” the company said.

Peloton said it completed its acquisition of fitness equipment maker Precor on April 1 and integration is “well underway.” The company plans to make a limited number of products at Precor’s North Carolina facility by the end of 2021.

The company recently said it would expand to Australia later this year, adding in the letter that it sees “significant growth opportunities in a broad range of international markets.” but had no announcements at this time.

Peloton reported an adjusted profit before interest, taxes, depreciation and amortization of $63.2 million in the fiscal third quarter, topping analysts’ estimates of $18.3 million. Net loss narrowed to $8.6 million, or 3 cents a share, from $55.6 million, or 20 cents, a year earlier.