What do tea pluckers drink? 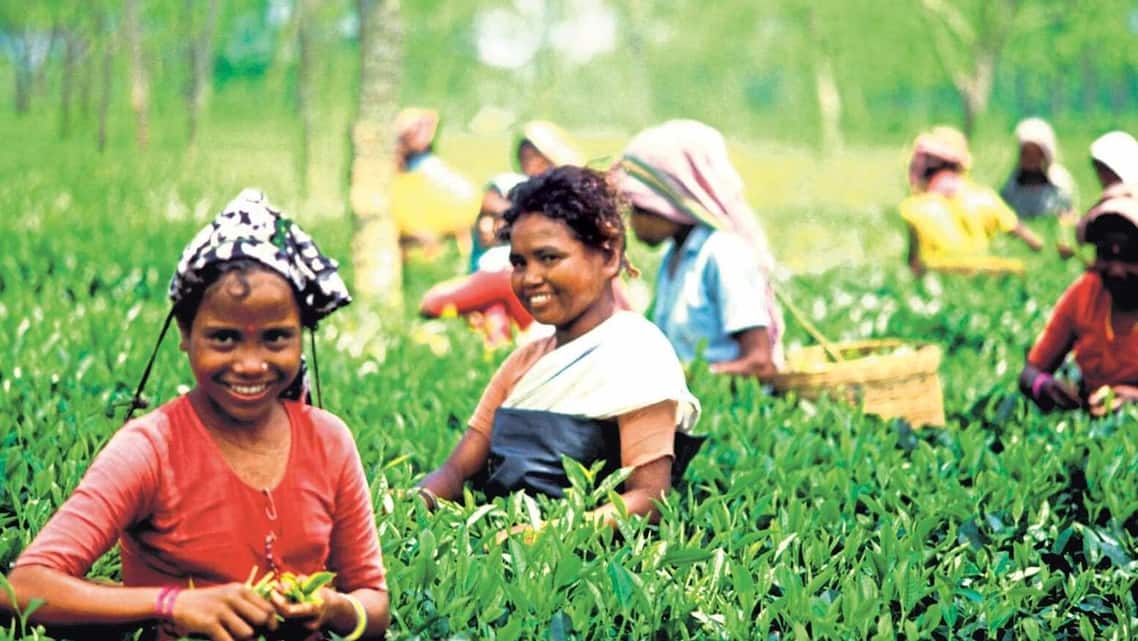 On large estates, tea is brewed in a central kitchen and carried to the plantations in large drums. It acts a fuel for women plucking tea. (Photo: Alamy)

"Thieves Tea,” read the words on the screen as I shopped for tea. Impossible to pass that one by, so I read on. It’s a black tea made by an organic farm in Sri Lanka called Amba. Simon Bell and three others, all interested in social enterprise, started the farm about a decade ago in Ella, in the Uva province, to offer a sustainable livelihood to people in the area. The teas—all artisanal—seem to have quite a following; the Thieves Tea itself has some flattering reviews. It does appear though that they are easier to find in New York, at Harney & Sons, or London, at Fortnum & Mason, than in India.

I may not have the tea yet but I did get to hear the story from Bell. In the colonial era, tea pluckers on the island were prohibited from taking home tea leaves. Of course, they were curious about tea. And, of course, they decided to make some for themselves by stealing some leaves. With no machinery at home to process the tea leaves, they used what was available—a mortar and pestle. When the team at Amba decided to go artisanal and make tea by hand rather than set up a large factory, this story surfaced—and was readily adopted. The Thieves Tea (some also call it the Vangedi Pekoe), then, is a handmade, stone-pounded black tea with a name that reflects its origins.

It got me thinking about the women in tea gardens who pluck the leaves. What is their tea break like? On large estates, tea is brewed in a central kitchen and carried to the fields in large drums. I am told that these days they drink black or milk tea. They carry their own bottles, filling them with tea.

But what of the old days? I posed the question to the ex-planters’ group on Facebook, Koi-Hai. If there’s a place to listen to stories from the tea gardens of Assam, the Dooars and the North-East, it’s here. One planter says that during the 1960s-80s, it was piping hot nun cha or salt tea (made from tea dust), drunk from leaf cups fashioned from kochu, or colocasia, leaves. In the 1950s, says another, the paniwalla (designated tea carrier) would carry large cans of brewed tea hanging off the ends of a bamboo pole, “the liquid slopping inside the tins made a boing boing noise—you could hear him coming”. Salt was wrapped in paper and offered to those who wanted to add it. It helped make up for the sodium lost through sweat. Nun cha was, and largely remains, the garden tea.

I recall another conversation. “Tea-leaf pakoras,” Gopal, a colleague when I worked for a tea company, had mentioned, referring to a snack of batter-fried green tea leaves. Are they good? I had asked. “Tastes like pakoras,” he had shrugged.

Maybe next time someone is travelling from a tea garden, I will ask for a bag of green tea leaves. Some I will roast in a kadai (wok), pound in a mortar and dry in the sun; the rest I will dip in pakora batter and deep-fry. Home-made tea and pakoras, a tribute to the sisters in the tea gardens.

Tea Nanny is a weekly series steeped in the world of tea. Aravinda Anantharaman is a Bengaluru-based tea blogger and writer who reports on the tea industry. @aravindaananth1