One butterbeer from Hogwart's, please 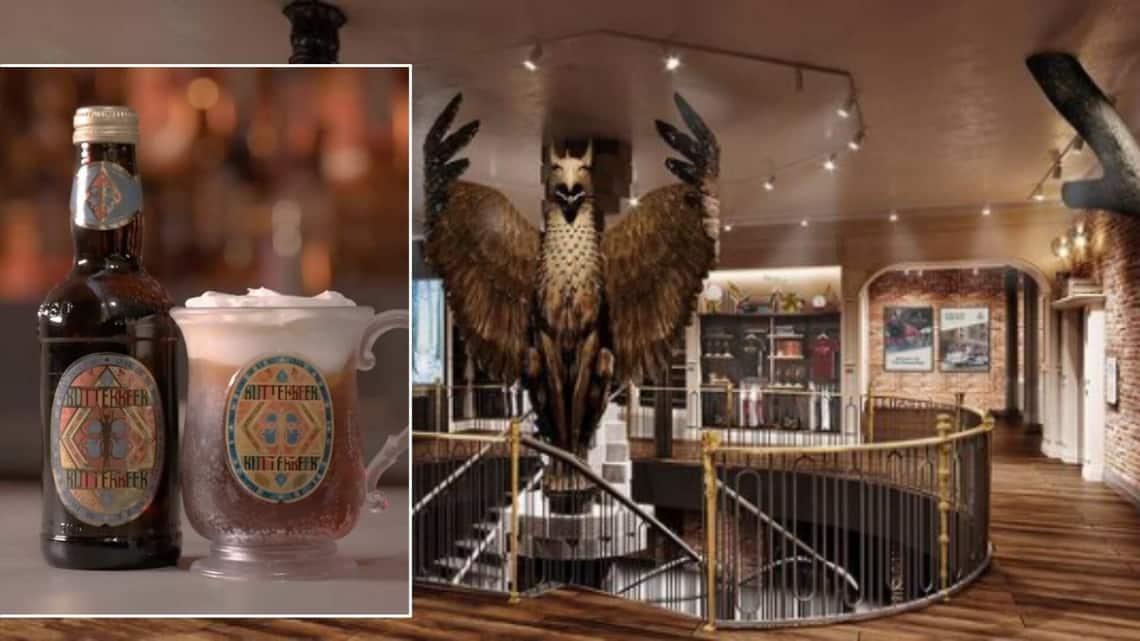 "Butterbeer is the drink that all the Hogwarts students drink," she said.

Lynch said she was thrilled that the bottled butterbeer - which is non-alcoholic - came in a vegan version.

"I actually didn't drink any butterbeer in the movies," she said. "That's more for like the cool kids, the Gryffindors."

When Harry Potter New York officially opens its doors to the public on June 3, customers will be able to choose from draft or bottled butterbeers and eat butterbeer ice cream. Nearly 1,000 bottles hover over the bar while butterbeer moves through copper pipes.

The retail store, at over 21,000 square feet (1,950 square meters) and spanning three floors, will also sell a huge collection of Harry Potter and Fantastic Beasts products.

Author J.K. Rowling's seven "Harry Potter" novels about a boy wizard have sold more than 500 million copies worldwide and were turned into eight blockbuster movies. She followed up with a spin-off movie franchise, Fantastic Beasts and Where To Find Them.

Food and drinks, infused with magic, can be transportive, and no one knows this better than Rowling. In the Harry Potter series, she writes that butterbeer is served ‘foaming hot’ in mugs or can be bought in chilled bottles. In her wizarding universe, it is served at The Three Broomsticks, the popular pup in the village of Hogsmeade. The other popular drinks on the menu include Firewhisky which is disallowed for those under 17 years of age, Mulled Mead seasoned with spices and a fruity rum made from red currants, among other magical beverages. But, it is the butterbeer that enchanted readers and left them asking for more.

The story has been lightly edited for style.