After gin, it's tequila's time in the sun

With finer varieties of tequila, endorsed by celebrities making their way to India, the spirit is trying to move past its image as a party drink 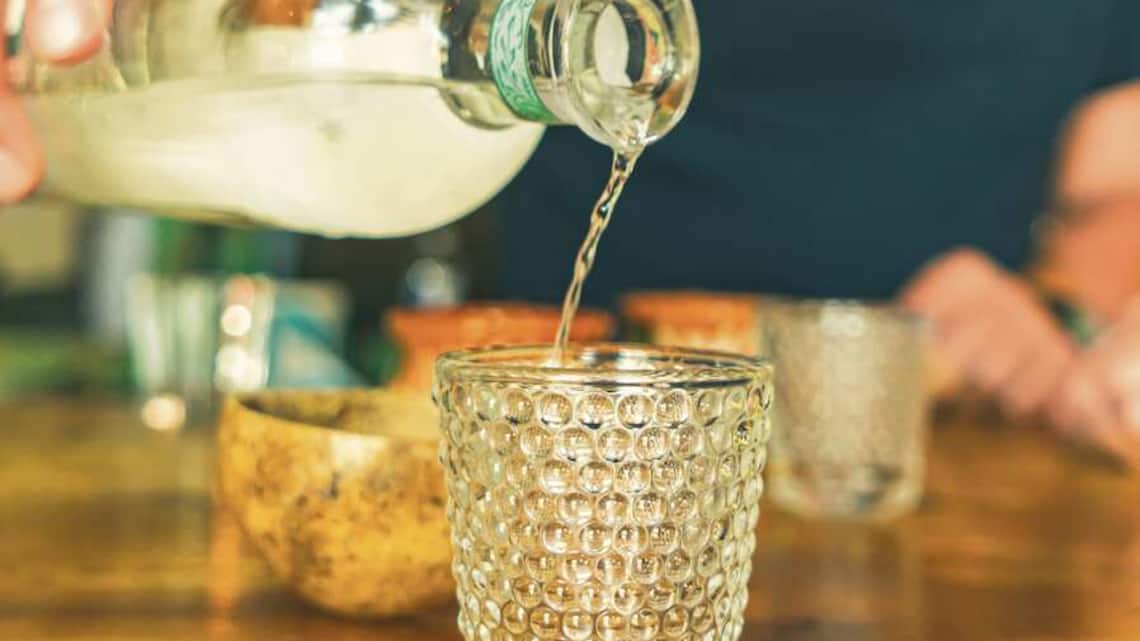 A number of Hollywood celebrities either own or are brand ambassadors for various tequila brands, which has boosted the spirit’s image. (Istockphoto)

About a week ago, American model and socialite Kendall Jenner’s 818 Tequila sold out within four hours of its launch in California, garnering orders from 80 countries. She announced its launch in May with a party attended by a host of celebrities, and promptly landed in a minor controversy about cultural appropriation of a drink from Mexico. The success of Jenner’s new entrepreneurial venture, and the headlines it’s made, are just an indication of a trend that’s taking over the globe—the demand for premium tequila.

As Bacardi’s Cocktail Trends Report 2021 notes, “Tequila continues to premiumise globally, up another 15% from last year. Margaritas are emerging as a strong cocktail and RTD (ready to drink) trend.”

In India, the spirit’s newfound stardom—after years of being considered merely a cheap spirit tossed back as shots—can be traced to a few happy coincidences. Over the past four years, tequila, distilled from the blue agave plant grown primarily in Mexico, has entered markets in Asia and the trend has caught on in India too, driven largely by Hollywood’s consumption and endorsement of it. Importers have started bringing in high-end tequila brands, and Indian bartenders are experimenting with the spirit in inventive cocktails that go beyond margaritas.

Kunal Patel, managing partner of Mumbai-based Monika Enterprises, which imports tequilas such as Jose Cuervo and 1800 Tequila, believes the spirit is going to be “the next big trend”, citing global demand and the urge amongst youth to experiment with flavours.

A number of Hollywood celebrities either own or are brand ambassadors for various tequila brands, which has boosted the spirit’s image. In 2013, George Clooney and a friend started Casamigos Tequila, which they later sold to Diageo for $1 billion. Dwayne Johnson got into the act with his small batch Teremana Tequila. Last year, Elon Musk launched his Tesla Tequila—after tweeting about it on April Fool’s Day in 2018 and letting everyone assume it was a joke—priced at a hefty $250 a bottle. His lightning bolt-shaped bottles placed on a futuristic stand flew off shelves. “Once celebrities came in, premiumisation of tequila started happening,” Patel says.

The current market share of tequila in the Indian alcohol market is in single digits but Patel is of the opinion that with right measures and marketing, it can reach 20-30% over the next three years. “The global wave that’s come to India will definitely help us. With brands like 1800 Anejo Tequila (from Jose Cuervo), I’m confident that the spirit will eat into the single malt category,” he says. Monika Enterprises is aiming at a 70% share of the Indian tequila market by devoting 40% of its marketing budget to promote its tequila segment.

Tequila is categorized according to how long it has been aged. When it’s freshly distilled, it’s called Blanco Tequila, or silver, and it is a clear, light spirit that usually goes into cocktails. When it’s aged in oak barrels for two to 12 months, it’s called Reposado Tequila, reposado meaning rested. A tequila aged for one to three years is termed Añejo, while anything over three years is called Extra Añejo Tequila. Añejo Tequilas are meant for sipping rather than mixing in cocktails.

Tequila has a unique GI, and can only be used to describe agave spirits grown in Mexico but that hasn’t stopped Indians from experimenting with agave liquors. Desmond Nazareth, who produces Indian agave spirits under the brand name DesmondJi sells 51% agave spirit and 100% agave spirit in Goa, Karnataka, Maharashtra and Puducherry where he says it commands “leading market position of around 30-40% amongst all agave spirits”. DesmondJi grows agave in the Deccan plateau, the same blue agave plant, Agave tequilana, from Mexico but because of the GI tag, spirits distilled from it can’t be called tequila in India.

While DesmondJi is the only brand that sells Indian agave currently, Rakshay Dhariwal, MD of Passcode Hospitality that runs bars and restaurants across Delhi, Kolkata and Goa, is currently waiting for the second wave to recede before launching his 100% agave. “The prices of Mexican agave have skyrocketed. I started my own 100% agave because I wanted a more premium offering for my bars,” he says.

Dhariwal is set to launch Pistola Agavepura in September in Goa. “I saw the need for 100% agave spirit a year before the lockdown from both customers who asked for premium brands and from bartenders who wanted to create more tequila cocktails. While I may get into gin or rum in the future, currently I want to create a 100% sipping agave spirit.”

Whether tequila will take off as a premium drink is anyone’s guess but most people in the industry believe that premium variants of the spirit, which can be savoured and sipped, will enter bars, slowly replacing tequila as just a drink for shots.

Bars are also creating authentic experiences for tequila connoisseurs. Sarath Nair, Bar Manager, Four Seasons Bengaluru at Embassy ONE, recalls organising sundowners with limited guests in January this year with a Tequila Cerveza experience. “It’s a Mexican tradition where you take one sip of tequila and one sip of beer. It led to people enjoying and discovering tequila. About two years ago, nobody asked for a straight drink with tequila but with new brands and experiences, people began exploring and appreciating tequila,” he says, adding that Ibiza, a cocktail with tequila, saffron, betel leaf and honey syrup was one of their top-selling drinks between the first and second wave. Nair expects the trend to continue going forward, with more people asking tequila cocktails instead of shots.

Patel of Monika Enterprises believes that the lower segment of tequila used for shots isn’t going to grow as much as the mid or higher tiers. “Every spirit category has their eyes on India because of our population. In a couple of years, a lot of new craft tequila brands will make it to India, most of which will be geared towards the higher priced segment. With a lot more creative cocktails and sipping tequilas, people will eventually move away from shots.”

START YOUR AGAVE JOURNEY WITH...

Watch Monarca on Netflix, a Spanish series centered on an agave-owning family in Mexico.

Note: All prices for Mumbai