Why GM crops are good for you

Genetically modified grains are not deadly mutants produced in a lab. Consider them as pest-resistant, famine-fighting Avengers 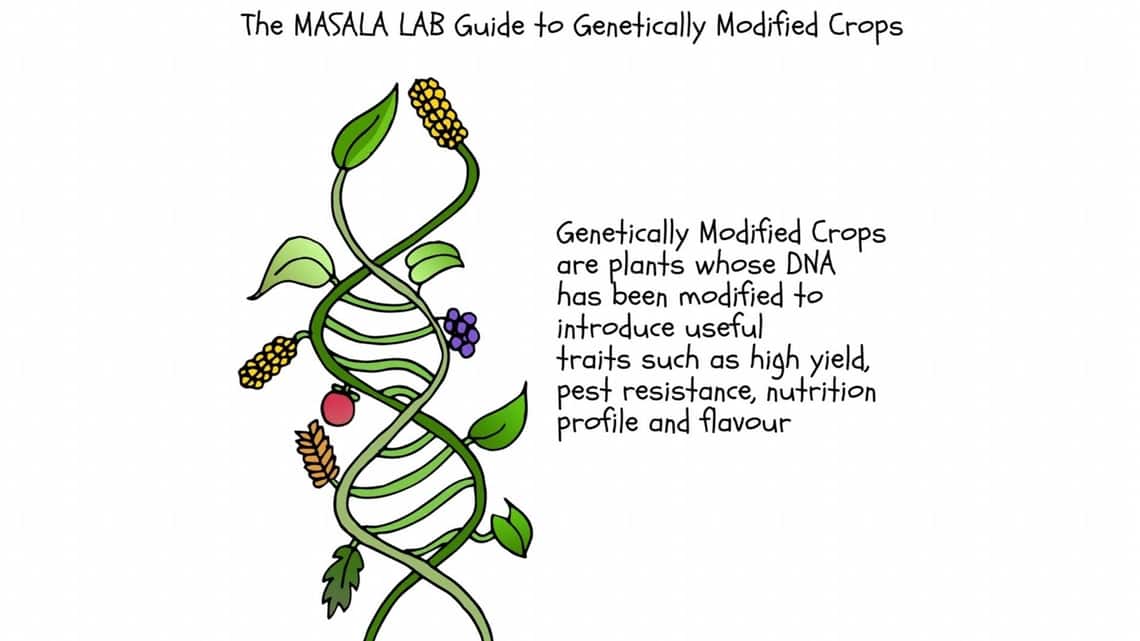 If you have a problem with genetically modified (GM) crops, I have some bad news for you. The wild version of the grasses from which rice and wheat originated had an evolutionary trick that made the stem brittle just around the time the grain ripened, allowing the plant to shatter easily, causing the seeds to be dispersed more effectively by the wind. But some humans happened to notice that a few of these wild grasses had hard stems that did not shatter in the wind, and that let them collect these grains for their own consumption rather than let the plant pursue its better interest of dispersing its seeds far and wide. In fact, if these humans hadn’t noticed these chance mutant varieties that had hard stems and selected them for cultivation, those plants would not have survived by themselves in the wild.

But that’s not the end of it. Humans also carefully selected grains from wild rice and wheat plants that had other random mutations—seeds that separated from their hard, inedible casings by threshing, again a mutation that would have not survived in the wild because it’s in the plant’s genetic interest to not produce seeds that lose their casings easily. But it is very much in the interest of ancient human farmers, who happen to be the world’s earliest plant geneticists, to find and cultivate plants that can yield enough grain to start, you know, civilisation.

Also read: Why maida is not the supervillain of the flour world

Consider the banana that you might have eaten recently. The wild version of the banana plant had inedible fruit filled with tons of seeds. Humans have, through a meticulous and laborious application of artificial selection, produced a banana plant that today does not even produce seeds, and literally every one of those ubiquitous yellow Cavendish bananas we eat are genetic clones of one another.

In short, agriculture is not natural. It is the careful selection of chance mutants of organisms or interbreeding by grafting of variants to produce freakish versions of crops that would never have survived in nature. It requires large-scale human cultivation that involves the wiping out of most other species of plants (and animals) to grow a single species over millions of acres to feed the seven billion people we have on the planet today. The only difference between what we describe as “traditional” crops and what we term GM crops is that the former is merely messy and inefficient genetic engineering done over centuries in comparison to the precise genetic engineering done in a lab.

In fact, crop variants produced by traditional inter-breeding of species using techniques like grafting, where a part of a plant with one favourable characteristic is grafted on to another plant with another favourable characteristic, are as genetically modified as anything else. In fact, prior to the discovery of DNA, we used to irradiate seeds in the lab to increase the chances of random mutations. The only difference between this and what ancient human beings did is that the latter waited for mutagenic radiation from the sun to randomly produce these freaks while modern man accelerated that process in the lab. If anything, “naturally produced” chance mutants can have unintended consequences that a precise single-gene edit to produce pest-resistant crop is less likely to.

Let’s also remember that most of us are alive today because of genetically modified crops like the IR8 rice variety that is said to have single-handedly saved millions of lives in the 1960s in Asia, including India. This drought- resistant variety of rice has been termed “miracle rice” by many for preventing famine in this part of the world. The prevailing sentiment against GM crops also needs to be juxtaposed with the lack of any complaints against the process of inserting our DNA into bacteria to produce human insulin that diabetes patients now use, whereas the “traditional” method involved the killing of cows to harvest it from their pancreases.

Also read: Why your granny was right about cooking rice

To be fair, being sceptical about what you eat is natural and cannot just be dismissed as Luddite resistance to new technology. And there are valid concerns that we don’t quite know the long-term ecosystem effects of genetically modified crops, especially if those plants inter-breed with non-GM plants in a given area. There is also genuine criticism of modern agricultural practices, supported by an exploitative economic system that continues to keep farmers impoverished in most developing parts of the world. Terminator seeds, which require farmers to buy new seeds for every season from a small number of monopolistic trans-national companies, are, not surprisingly, valid targets for activism.

At the same time, however, it’s important to realise that the criticism is really aimed at the modern agricultural system but ends up unfairly targeting the specific science of genetically modifying organisms for our use. Research into GM crops has the promise of producing variants that are better designed to deal with the impact of climate change in the near future. There is also promising research on GM variants of specific trees that can trap more carbon than the “natural” varieties.

In summary, you don’t have to take my word for it, but almost every single major food safety testing institution around the world has looked at data from the last 30 years, and the risk of eating GM crops is no worse than the risk of eating non-GM crops. Not getting enough nutrients, hunger and overeating are far bigger problems, and chances are, you are probably eating a genetically modified organism right now without even realising it.

Krish Ashok is the author of Masala Lab: The Science Of Indian Cooking.