The many 'shuktos' of Bengal

One of the most iconic dishes of the Bengali kitchen is a distinctly bitter stew made with a medley of vegetables: the shukto. But, there is no one way to make food laced with sentimentality 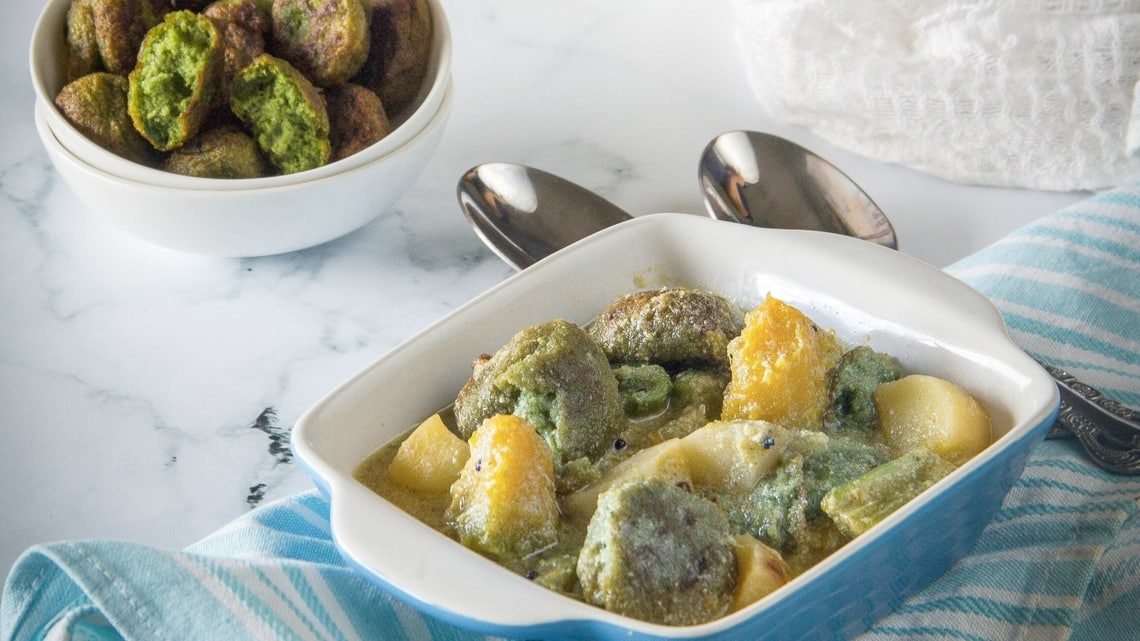 Bengalis might be known for their legendary sweet tooth or their maachh-bhaat (fish-rice) regime, but it is their curious penchant for bitters that truly sets them apart. Trust a Bengali to polish off a mound of rice with ruthlessly bitter neem leaves fried to a crisp, all the while drawing parallels with amrito (divine nectar).

Then there’s the feted shukto (or shuktoni), the star of the bitter squad - a wholesome stew prepared with a mix of seasonal vegetables (everything from potatoes, brinjal, gourds to flat beans, drumsticks and taro root), is gently but distinctly bitter. Served at the beginning of a meal and known to work wonders for the appetite, the bitter shukto is considered shubho(auspicious) and the true test of a cook’s mettle.

In her autobiography Jeebankatha, Tagore’s niece Indira Devi Chaudhurani, writes about Janakinath Ghoshal, one of her uncles, “His claim for being a good housewife is supported by the fact that while in England he used a quinine tablet to cook suktuni (shukto)…. since the usual spices were not available.”

In Bengal, however, there's an array of bitter ingredients to pick from. Greens like hinchey or watercress, nalte or jute mallow leaves, gima or bitter cumin leaves, leaves of pointed gourd and shiuli (night jasmine), herbs like thankuni and gandal or the bitter flowers of moringa and green milkweed climber (jukti phool in Bengali) are added to shukto, not only for their bitter and astringent notes but also for their distinct flavour profile and medicinal virtues.

Interestingly, some of the early versions of shukto, mentioned in medieval Bengali literature, particularly the Mangalkavyas—a genre of lyrical narratives celebrating folk deities—do not feature a dominant bitter element. For instance, in one episode of Kabikankan Mukundaram Chakrabarti's Chandimangal, written in the 16th century, Shiva implores Parvati to cook him shukta with brinjal and pumpkin. In another episode, Khullana, one of the central characters, cooks shukto with eggplants, pumpkin, raw bananas and banana blossoms in ghee tempered with cumin, fenugreek and asafoetida, for her husband, Dhanapati. To thicken the gravy, she adds pithali or pituli—rice flour slurry.

On the other hand, another 16th century text, Krishnadasa Kaviraja's Chaitanya Charitamrita, an epical biography of Sri Chaitanya Mahaprabhu, mentions shukuta—dried bitter leaves, particularly of jute. Sri Chaitanya preferred the bitter shukuta to sweet, luscious panchamrita. A soupy curry or jhol made with 'nimbo shukuta’ or dried neem leaves also features in the book. Shukuta is perhaps the early predecessors of shukto as we know it today.

However, there’s no one way of cooking shukto. Sulekha Sarkar, in her cookbook Rannar Boi, loosely defines shukto as any dish prepared by braising vegetables and/or fish in oil tempered with whole spices like panch phoran and mustard, simmering it and adding a finishing  touch with either rice flour slurry, ground poppy seeds or ginger. But these precepts too are not absolute. Recipes change with region, season or personal preference.

“In fact, some versions have no bitter element at all,” says development professional and food historian Tanushree Bhowmik. In Bhowmik’s family, for instance, a much-loved version of the shukto, specially made on birthdays, steers clear of bitter. An assortment of vegetables like sweet potatoes, brinjal, green plantains, long beans and pointed gourd are cooked in ghee tempered with fenugreek and mustard and flavoured with ginger. Freshly-made split pea dumplings fried in mustard oil are added to the mix. But what sets the dish apart is the addition of a slurry made with sesame seeds ground into a paste and rice flour. “It gives the dish a delicious nuttiness and creamy consistency,” says Bhowmik.

A more common addition to the shukto is poppy seed paste, sometimes combined with mustard paste. It adds to the texture of the gravy and its earthy, nutty notes complements the bitter and pungent notes. “Posto (poppy seeds) is also known for its cooling properties, which is one of the reasons why it's added to what is essentially a summer dish,” adds Bhowmik. In her book Amish o Niramish Ahaar, Pragyasundari Devi (also Tagore’s niece) on the other hand, insists on adding a concoction of maida, milk and sugar to her shukto—a technique evocative of the cosmopolitan flavour of the Tagore kitchen. It not only lends a creamy finish, but also mellows down the bitterness. “Adding milk to shukto is a more urban practice,” says Bhowmik, “perhaps imported from the Portuguese,” she adds.

Such flexibility has also ensured customization in the shukto universe, sometimes resulting in heirloom family recipes. “My grandmother, who despised bitter melons, would add kolmi shaak’er bora—deep fried dumpling made with ground split peas and kalmi greens which add a feeble bitter note to the dish,” says Kolkata-based food blogger Madhushree Basu Roy. In fact, bora (deep-fried lentil dumpling) or bori (sun dried lentil pellets) are an almost essential element in shukto, perhaps to give the vegetarian dish a textural relief and a meaty bite.

Also read | A tryst with the ginger flower from Manipur

While vegetarian shukto is more popular in West Bengal with its strong Vaishnav influence that champions vegetarianism, it is in riverine East Bengal where shukto is likely to have acquired a piscine accent. “Typically, lean fish like Magur, Shingi, Kangla, Rui and Mrigel are used to make machher shukto,” says Bhowmik. Sarkar’s cookbook features a particularly interesting recipe for a shukto made with magur fish, diced potatoes and rice flakes. Besides, there is a light, soupy shukto made with rohu fish and vegetables like potatoes, brinjal, bitter melon and raw bananas and shukto made with the unctuous hilsa. Another Kolkata-based food-blogger and home cook Debjani Chatterjee Alam, on the other hand, talks about the bhangachora shukto. “Assorted vegetables—the usual shukto suspects—are cooked with fish head, shrimp and other varieties of small fish to make a somewhat mushy curry, flavoured predominantly with radhuni or wild celery seeds,” says Alam. But there’s no bitter element in this dish.

However, if there is one common thread that runs through the shukto universe it is that quintessentially, the dish is constructed to cool the body and stimulate the digestive fire. In other words, shukto is a one-pot remedy for improved gut health. Taste, a bonus.