In search of authentic flavours from Lakshadweep’s Minicoy

Minicoy is famous for its vibrant cuisine, which includes steamed snacks, colourful curries and a rare fish sauce 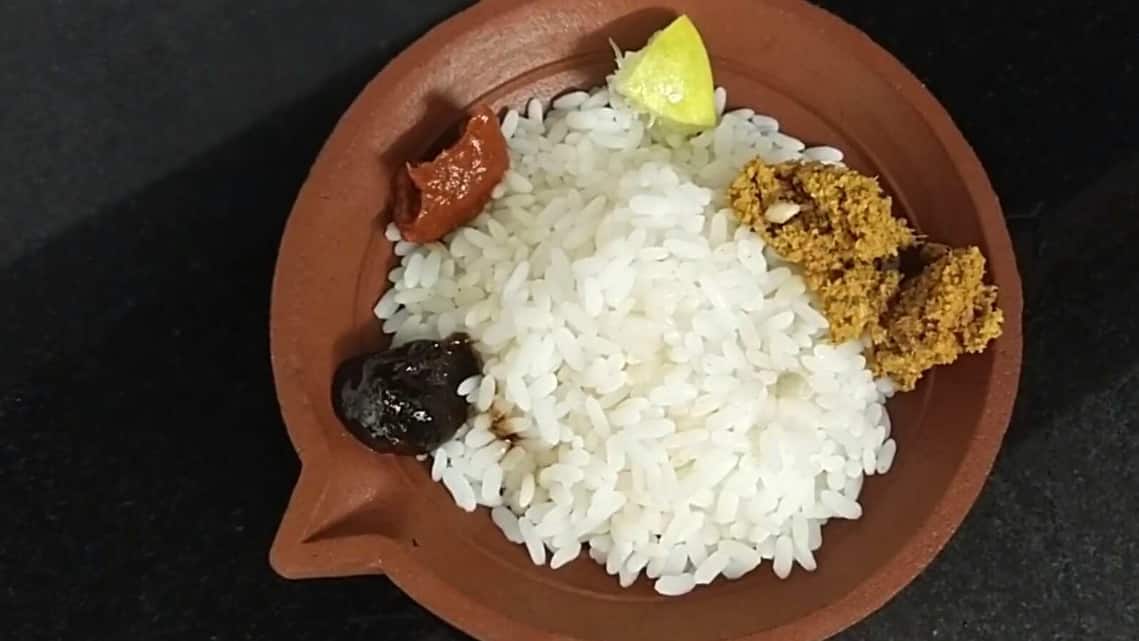 “When people say food from Lakshadweep is Malabari, I feel offended,” says Sukhaina Moosa, a YouTuber who runs the channel FoodieMeSu. It features dishes from her home in Minicoy, the southernmost island of the archipelago. In a sea of recipe videos, ones from the union territory are nearly non-existent, but Moosa’s social media content fills this void. She started the channel in the lockdown last year when she found there were a lot of people who had been to Minicoy and craved the food. With her recipes, she thought, perhaps they could recreate them at home. “Also, I love cooking and experimenting with dishes.”

People did want to try new dishes in the first lockdown, but there was another compelling factor that whetted their appetites: politics. In February, the Union territory’s administrator, Praful Patel, proposed the draft of the Lakshadweep Animal Preservation Regulation, 2021, to ban cow slaughter. While it was met with widespread protests, for beef is integral to celebratory feasts in the islands, there is a lot more to their cuisine which is not known.

Among the 10 habitable islands in Lakshadweep, food from Minicoy ranks high. It is shaped by influences from Maldives, Sri Lanka and Myanmar,apart from India, says F.G. Mohammed, who is working on a book to document the remarkable variety of about 80 snacks in Minicoy. ”My father and generations before him were seafarers,” he says.

Perhaps this is the reason for the connection between dishes from far-flung countries. One of the most popular snacks is fenvarabondi, made with tender coconut, rice and jaggery and steamed in banana leaf. On Moosa’s channel, there’s a recipe for fenvarabondi and another sweet snack called bisfarata, a mini fried paratha flavoured with gulkand.

While coconut is akin to salt in the cuisine of Minicoy, other staples include rice and fish. These ingredients are integral to the regional cuisines of Kerala too, which could have led to the widespread assumption that Minicoy food is like Kerala or Malabari food.

Also, Lakshadweep was part of Malabar district till the mid 1950s, and Malayalam is the dominant spoken language. Perhaps these factors lead to misinformed beliefs that erase the pluralities of the island’s culinary practices, which infuriates food enthusiasts like Moosa.

“The use of spices in our dishes is minimal and we usually stick to fresh ginger, garlic, chillies, curry leaves and onion; whereas dry spices, especially pepper, flavour the regional food of Kerala,” explains Moosa. Grains like rice are not cultivated in Minicoy. People grow curry leaves and chillies in their homes.

In Kerala, Moosa says, there are fish farms for shrimps and a wide variety of sea food, but islanders of Minicoy champion the tuna caught fresh from the sea. Whether it is blue fin, yellow fin or skipjack, tuna is caught with a pole and line. It is an age-old method for sustainable fishing, unlike the commercial trawlers with large nets that swipe sea beds, disrupting marine ecosystems.

Tuna is used in fries and coconut-infused curries that stand out for their colour. Moosa gives the example of the green kavaabu made with fresh coriander paste and coconut. On her YouTube channel, there are recipes of the reddish rairiha tuna curry made with Kashmiri chillies and the white stew kirudiya spiced with fresh green chillies and curry leaves, with suggestions like substituting tuna for chicken.

There are vegetarian dishes too, with pumpkin and potatoes. Mohammed shared photos of a Ramzan-special vegetarian dish, sannathu, which is paired with a kirufoli, a thin savoury rice flour and coconut crepe. Sannathu is a mixed vegetable preparation with sweet potato, papaya, pumpkin, taro, breadfruit, cooked in coconut milk and spiced with onion and chillies.

A conversation about food with those from Minicoy inevitably circles back to tuna. Mohammed shared photos of tuna pieces being sun-dried and a non-stick pan sizzling with tuna roe. “Fried eggs of the tuna are also very tasty,” he says. Even the innards of the fish are used in stir-fried dishes flecked with coconut.

The flesh and milk of the coconut are not the only defining factors, but also the tree shapes their cuisine. Neera, a juice extracted from the tender parts of the coconut tree, makes for a refreshing drink.

Dried coconut leaves, coir and bark are used as fuel for dishes that need a traditional chulha. Usually, feasts for large festive gatherings during Eid or weddings are prepared on a chulha.

There’s another rare dish, a fish sauce called rihakuru, which requires the chulha and is cooked continuously for 30 days. “Chunks of tuna are placed in a huge vessel which is then put on a slow burning fire in the chulha. Then a mixture of sea and fresh water in the ratio of about 3:1 is added. When it evaporates, more of this water solution goes in. This continues for a month during which the fish undergoes various stages of processing,” she explains. It’s a blackish fish sauce that can be bottled and stored for two to three years. Moosa, an experimental cook, uses it to make Thai and Korean dishes such as kimchi.

It is a condiment that could stir the desire to pack your bags and set sail to Lakshadweep. Like the teas of Assam or pickles of Rajasthan, rihakuru can be brought home and it will stay well.