Happy hour and the retreat from reality

As the pandemic rages and disease and death become a part of daily life, a simple daily pleasure is important, however fleeting it might be. 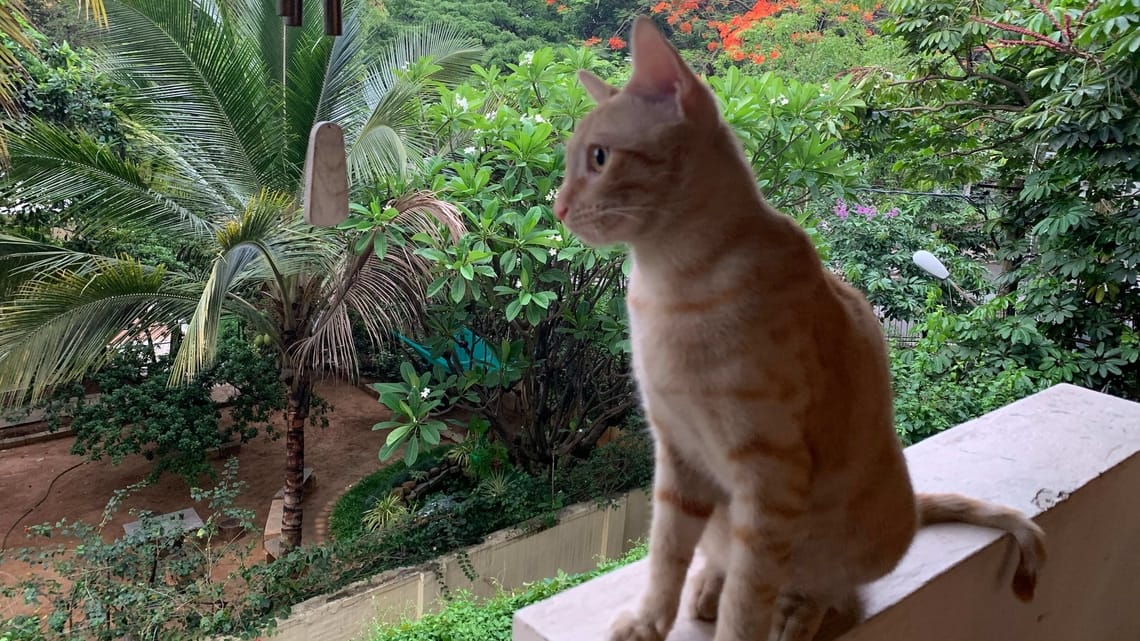 In these troubled times, disease and death are all around us. Like everyone else in this country, we have lost friends and colleagues, and spent days and nights either trying to find hospital beds or oxygen or simply worrying or mourning. Sometimes, life appears much like Russian roulette, and you cannot help but wonder when it might be your turn.

To be able to do anything related to normality is a privilege; indeed, to be alive and healthy is itself a privilege. As our world shrinks, both physically and mentally, I am acutely aware of the small pleasures of life still available to us.

Going to the movies, for a swim, to the park, to a restaurant, to a mall—these appear distant memories. But it is important to find something that gives you some comfort or pleasure, however simple or fleeting that might be.

Our pleasure is happy hour, which unfolds every day for about 45 minutes, as dusk begins to fall. We congregate in the balcony of my mother’s house, where we are living temporarily. As Begum Akhtar or Lady Day or whoever from that vintage plays over the little boom box, we chat, sit around silently, make bad jokes, have a drink and some—as we say—short eats.

These simple snacks are the highlight of happy hour. We may make them ourselves (avocado on toast, cream cheese on toast, masala peanuts), get them from the neighbourhood stores (makhana or fox nut, cashew nut or roasted kadlekai or peanut) or from neighbours who make them for some extra cash (chicken “cigar” rolls, pastrami or chicken “popcorn”).

It is a moment of repose, of distraction, of calm and communion.

Happy hour began during the first covid-19 wave in 2020 when the wife, refusing to accept the new normal, tried to create her temporary escape for the day. It began as her attempt to get away from the tensions of the lockdown and to run away, so to say, from family. She would pour herself a drink, put her feet up, blast the music and gaze out at the rain tree, the gulmohar, the frangipani and other species that together create a pleasing wall of lushness in front of the balcony.

The solitude would soon be punctured as the rest of the family started trickling in, much to her chagrin. First, her daughter, who said, if you are having a drink, so am I. Off she would go to make herself barley water or a lime juice, ignoring her mother’s protests of “me time”. That me-time soon became me-too time.

First came the husband, then parents, then in-laws (we all lived together for seven months). My father would hobble in carefully, watching the steps, supporting himself on his stick and the doors. He may not have been able to hear everything but he allowed himself a laugh—even a drink, once—when he did.

This year, we find ourselves back on the balcony, minus my father, who passed in January. He was unaffected by covid-19 but not by the ravages of time. His chair is still there, making us aware of his absence and its emptiness.

There is an addition to happy hour, a ginger cat called Inji (Kannada for, well, ginger), rescued as a bony, shivering and scared kitten from the street by our 10-year-old. He is now seven months, no longer tremulous but rambunctious, wildly racing up the cane swing or perching precariously on the edge of the balcony and watching the curfewed streets. Like everyone else, he, too, likes to let off steam.

Everyone takes a break from doom-scrolling, from keeping in touch with the afflicted or merely troubled among family and friends, and from house, school or professional work. Everyone tends to relax, let the tensions of the day ease and—for those drinking—it’s a time to cast aside reserve and loosen tongues.

It can, as you might imagine, become somewhat chaotic. Bad jokes are cracked, irrelevant and irreverent comments are normal, and arguments are common. Every second day, someone is offended or stomps off—usually a sign that it’s a good idea to consider serving dinner.

Happy hour is a no-phone space, except to control the speaker. The wife’s only sense of being in control of the space is that she controls the music. That means there is no catering to the tastes of daughter or husband; so no Adele or Fado, unless she is in a good mood, which is not, shall we say, an overly common occurrence.

If we have nothing to say to one another, there are distractions beyond the balcony. The family next door has built a pond that attracts garrulous bullfrogs whose loud croaking is as unusual as it is a blessing in the middle of Bengaluru’s urban jungle. There are two furry tabbies walking along the walls and roofs, languorous in their movements and independent in their demeanour. We urge Inji to take a look but he appears satisfied with his privilege.

Sometimes, through the wall of trees, you can see local curfew breakers, doing wheelies or riding four to a scooter, social distancing be damned. The break with reality is either thin or temporary. The wails of ambulance sirens are frequent and persistent, there are phone calls to be answered, and there is work to be done.

Our Daily Bread is a column on easy, inventive cooking. Samar Halarnkar is the author of The Married Man’s Guide To Creative Cooking—And Other Dubious Adventures.