Does the future of gourmet food include lab-grown foie gras? 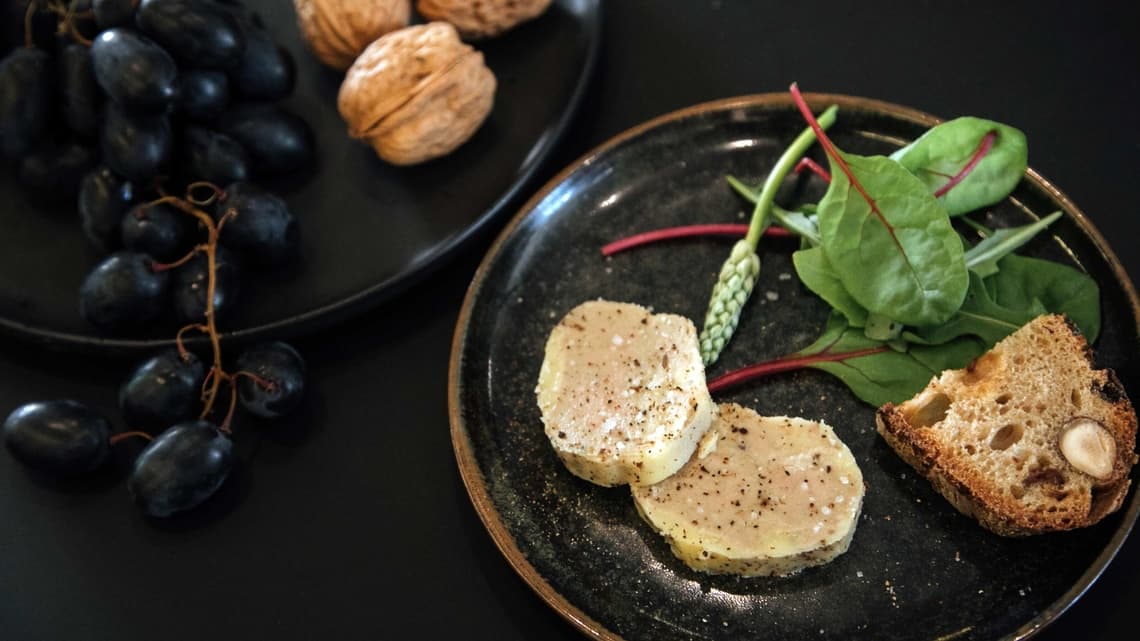 It's the quintessential French delicacy, but increasingly targeted by animal welfare activists: Can foie gras grown from duck cells find a place at the table for gourmet food fans? That's the goal for Gourmey, a Paris-based venture that raised $10 million ( ₹ 74 crores approx) from European and US investors this month to perfect its recipe for making fattened duck liver in a lab.

"There's a very strong need for an alternative to regular foie gras, a controversial product that needs to re-invent itself," said Nicolas Morin-Forest, one of Gourmey's three founders.

"We want to show that cultured meat is not limited to burgers but can also be used for gastronomic products," he said.

Duck livers, a speciality of southwest France in particular, are prized either on their own -- star chef Alain Ducasse has served it seared with braised pears -- or cooked as a velvety foie gras pate.

It is obtained by force-feeding ducks with a tube stuck down their throats, a practice denounced by critics as unnecessarily cruel and distressing for the animals.

California has outlawed foie gras sales for years and New York plans to do so next year.

Britain prohibits foie gras production and is weighing a ban on sales, while European Parliament lawmakers proposed last month to prohibit the forced feeding of ducks or geese, another source of foie gras.

Mass meat production is also in the cross-hairs of environmental campaigners who say the industry consumes too much water and energy while producing huge amounts of methane, a greenhouse gas.

"With more 9.5 billion human beings on the planet in 2050, we're going to have to be producing much more meat -- the conventional models that require significant resources won't be enough," Morin-Forest said.

Housed in a university research lab, Gourmey has spent the past two years developing their process for faux livers able to pass muster with chefs and food fans.

Its founders include Antoine Davydoff, a cellular biologist, and Victor Sayous, a doctoral student in molecular biology, and they now have around 20 employees.

"In terms of taste and texture, we're 90 percent there," said Sayous, who hails from the foie gras heartland of southwest France.

"Last Christmas I served it to my family on toasts, alongside traditional foie gras, without telling them. Some were blown away and hadn't noticed the difference," he said.

Their recipe starts with taking cells from the fertilised duck egg and placing them in an aluminium "cultivator" where they swim in a nutrient solution maintained at 37 degrees Celsius (99 Fahrenheit).

As the cells divide and multiply, their "food" is adjusted to promote the growth of liver cells that are ready after two to three weeks.

A little vegetable fat is then added to obtain the creamy consistency, and chefs have been brought in to help fine-tune the results.

"It has taken us over 600 attempts. Several times a week we taste different formulas, and we've ended up with a recipe that is pretty decent, even if it's not yet perfect," Morin-Forest said.

With its latest funding round, Gourmey will move to a 1,000 square meter (nearly 11,000 square foot) facility in central Paris aimed at proving to investors the viability of large-scale production.

The start-up also aims to lower its costs and plans to start growing chicken, turkey and duck meats.

But first its foie gras will need certification from health authorities -- so far only Singapore has approved lab-grown meat, for chicken nuggets made by a US firm.

Initially Gourmey will look to market its livers in the US and Asia, "where there is both an obvious need and a more advanced regulatory climate," Morin-Forest said.

Closer to home, requests will be evaluated by the European Food Safety Authority. But winning over officials might prove tricky. "Count on me, in France meat will always be natural and never artificial!" Agriculture Minister Julien Denormandie tweeted last December.