Basmati tales and a mutton biryani recipe for Bakr-Eid

How did the slender and aromatic rice variety become the go-to ingredient for a wide range of biryanis in north India? 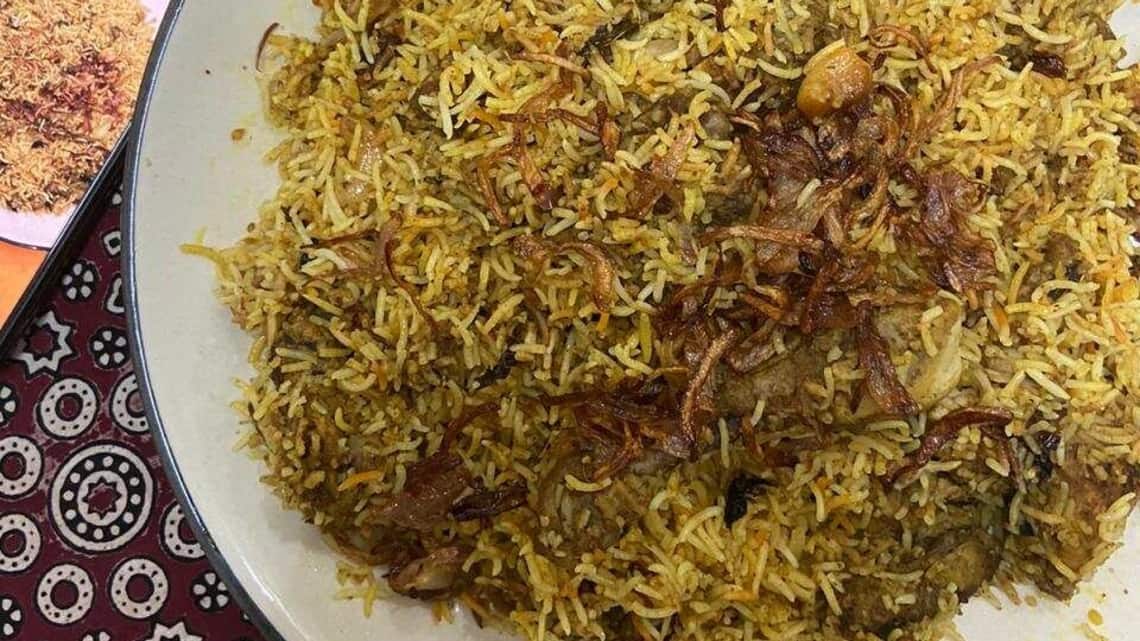 My family is from undivided Bihar, and my father recalls biryani was rare before the turn of the millennium, even on Bakr-Eid. Pulao occupied centre stage during celebratory events. It was made with fine, medium-grained sonachoor rice redolent with a sweet fruity aroma. When I was growing up in the nineties, my aunts from Kolkata introduced our family to the dish that is now revered during Bakr-Eid—biryani—and the rice that is synonymous with it—basmati.

Twenty years ago, we learnt to associate basmati with aristocracy. My father was of the view that it came from bade shahers (bigger cities) like Delhi or Kolkata, and he could have been right. Delhi-based public historian Farah Yameen has a special interest in food and she shares biryani in Patna—a bada shaher—was made only with basmati in the past and even now.

When we moved to Delhi in 2011, basmati seeped into our family biryani. The change of place meant we adopted ingredients that were easily available and basmati appeared on our table regularly. As a trained chef, it made me wonder how did basmati become the go-to rice for biryanis across most parts of India?

It is believed that this variety of rice gained popularity in north India during the Mughal era. Dr. Debal Deb, founder of the rice seed banks Vrihi and Basudha in Odisha, says Mughals were loyal to basmati—the aromatic and slender rice which doubled in length after cooking. The history and folklore of basmati rice, an academic paper written by Subhash Chander, Uma, and Siddharth Ahuja, suggests that the Ain-i-Akbari records cultivation of mushkeen (a red-husked variant of basmati) in Lahore, Multan, Allahabad, Oudh, Delhi, Agra, Ajmer and the Raisen area of Malwa Subah.

Rana Safvi, the Delhi-based author and historian, says Lucknow has always used basmati (to make pulao and biryani). This particular rice, she says, requires the delicate handling of each grain. Lucknow's love for nafassat (delicate) and bilkish (sensitive) palate was reflected in their choice of rice too.

From the north, basmati biryani traveled to Calcutta (now Kolkata), and acquired a new variation with more masala and the addition of potato. Manzilat Fatima, from Kolkata, a home chef and restauranteur from Nawab Wajid Ali Shah's family, said she has always used basmati and their biryani recipe is a family heirloom.

The Kolkata biryani shares similarities with the Bohri biryani in Mumbai. Shanti Petiwala, a Mumbai-based home cook says the Bohri biryani is moist, delicately spiced and has a pronounced flavour of coriander with lots of potato.

On the other hand, the tradition of pulao from kitchens of Bihar in the 90s is similar to food practices of Bhopal. Ruchi Shrivastava, founder of the production house Greed Goddess Media, who grew up in Bhopal says biryani gained foothold in their city in the last two decades. Pulao was the main rice preparation for festivals like Bakr-Eid. But, be it the pulao of the baby boomers or biryani of the millennials, the common thread was always basmati.

The slender long grains of basmati adds beauty to a dish. Perhaps it also got promoted for its appetising aroma, fluffy texture and practical reasons—it nearly doubles in size after cooking which enables feeding large groups of people with lesser effort, especially during festivals. It has a special status too as the go-to rice option for festivals and celebrations.

The immense popularity of certain grains, like basmati, can also be traced to government support in post-Independent India as the country geared towards economic growth. There exists a massive demand for this rice variety in global markets. The Indian government experimented with different high-yielding basmati cultivars to boost exports. In 2003, the Indian Agricultural Research Institute (IARI), after years of breeding experiments, developed a cultivar named PUSA 1121 for commercial production. Now, it is the most common Basmati variety consumed in India.

However, it wasn’t always so homogenous, and several regions of India grew their own basmati imbuing it with local flavours and a spectacular variety. Brinder Singh Sandhu, agriculturist at Benazir farms, Rampur is now in his 50s and says when he was young, they had Pakistani or Dehradun Basmati. Those grains, he shares, were not as long as the ones we have now, but the aroma was far more superior. It still is available but very rare and expensive.

Now, the market is flooded with low quality basmati too, which suits all pockets and helps fulfil dreams of making a warm and delicious pot of biryani during festivals like Bakr-Eid.

But, the signature rice of biryani lovers of north India hasn’t been able to invade the kitchens of the south. The tropical climate of regions like Tamil Nadu and Kerala are not suitable for cultivating this grain. Their rice of choice is the aromatic short-grained jeerakasala for dishes like the famous Thallesary biryani. Marina Balakrishnan, founder and chef at Oottupura in Mumbai, explains that the Thallesary biryani doesn’t have rose water, an ingredient integral to the north-Indian counterpart, because they want to preserve the aroma of the rice.

Biryani in most Malabar families is made with homemade and freshly hand-pounded spices. Even here, pluralities exist as some versions of the Thallasary biryani have tomatoes with curd, while others are infused with coconut cream. Marina says that the fish version in Thallesary uses tomatoes, which is unlike other meat biryanis. In the neighbouring state of Tamil Nadu, one of the most well known biryanis is the Chettinad version. This too doesn’t use basmati, but is made with Seeraga Samba, a short-grained sweet-scented rice. The origins of biryanis in India differ too—while the Mughals brought biryanis to the kitchens of north India, in South India it was the Arab traders.

Given the mind-boggling variety of biryanis in India, it would be unfair to pick a favourite. But, whether you are from north or south, a Bakr-Eid dastarkhan will surpass boundaries and boast of a slow cooked kamil (perfect) biryani.

500 gms mutton, with bones and from rear legs

Salt as per taste

One and a half cups curd

A dash of water

One and half tbsp coriander powder

Salt as per taste

Handful of roasted nuts of your choice

2. Make the marination and dip all the meat pieces in it.

5. Drain the water and add the rice in a heavy bottomed pan along with 4 cups of water, salt, bay leaves, green cardamom, cinnamon and cloves.

7. In a deep and heavy bottomed pan, heat some ghee and saute onion with ginger-garlic paste. Toss in all the whole spices and let it splutter. Ensure you are cooking on a low flame to not let the spices burn.

8. Add the marinated mutton and cook till mutton qorma is ready. This should take 45-50 minutes.

9. Your qorma gravy should be thick and not have a lot of water.

10. Heat a heavy bottomed vessel or an earthen pot, and pour some melted ghee.

11. Start layering with the mutton qorma and the boiled basmati rice.

12. Top it up with fried onion, mint and coriander leaves, garam masala and chopped roasted nuts.

13. There should be at least two layers.

14. On the top layer of rice, sprinkle the saffron-soaked milk. Kewra water (use rose water if you like) and extra ghee.

15. Cover the vessel/earthen pot tightly and cook on very low/simmering heat for 10-15 minutes.

17. Fluff with a fork and serve hot with raita.

Sadaf Hussain is a chef and author of the book Daastan-E-Dastarkhan. @hussainsadaf1 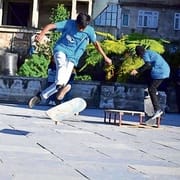