Can't travel? Take a trip around the world with fashion

From the Louvre to a marble dumpyard, luxury labels are taking viewers on a worldwide trip through their collections 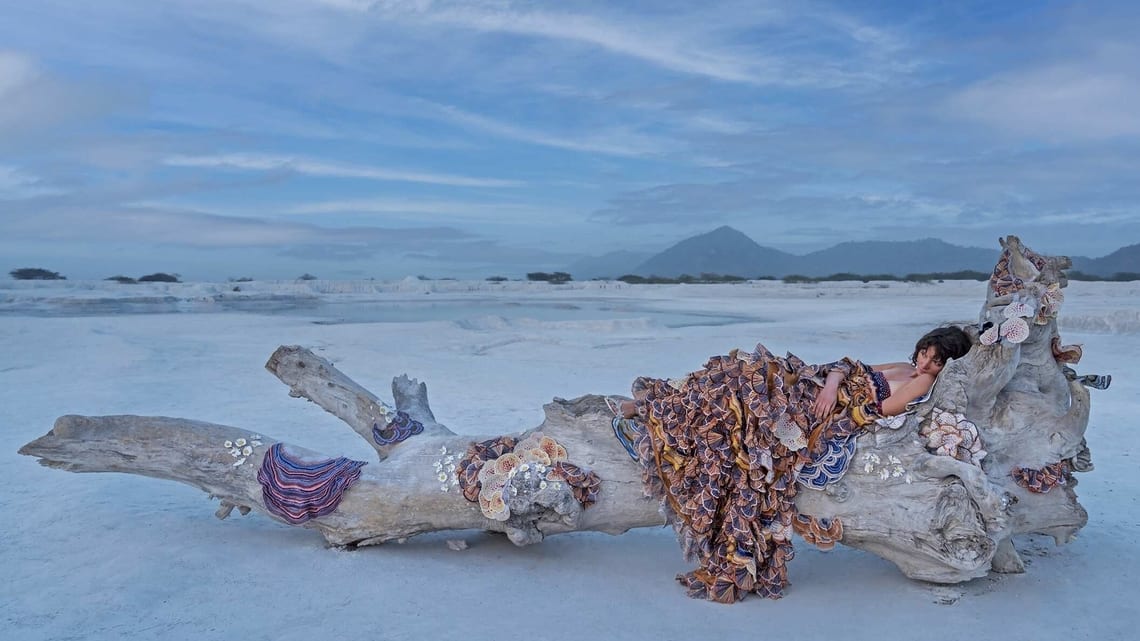 Rahul Mishra presented his Couture Spring collection at the Paris Haute Couture week in the form of a film, shot at a marble dumpyard in Kishangarh, Rajasthan. (Courtesy Rahul Mishra)

We might not be able to travel but fashion is taking us places—virtually.

Earlier this month, Italy’s Alpine ski resort Cortina was on display via Zoom when models in the Miu Miu fall/winter 2021 collection walked on a wooden path meandering through snow.

There was a virtual tour of Greek and Roman mythology when Louis Vuitton returned to the Louvre Museum to showcase the womenswear autumn collection at the recently concluded Paris Fashion Week. When Dior creative director Maria Grazia Chiuri was recently asked why she chose France’s Palace of Versailles for the making of their autumn-winter collection’s fashion film, she said: “…to give a wide audience a chance to discover the palace virtually”. For Hermès’ Nadège Vanhee-Cybulski, it was important to film its presentation video in New York, Paris and Shanghai, combining the traditional fashion show with dance performances at the beginning and the end, to symbolise “movement”.

So buckle up and join us on a fashion tour of the world.

Dior narrated fairy tales with its fall collection of clothes and jewellery—all presented via a film shot at the Versailles palace. The film started with a contemporary dance performance at the Hall of Mirrors. (Courtesy Dior)
The Hermès fall collection, presented in a film shot in New York, Shanghai and Paris, was inspired by the ‘freedom of movement’. Talking about the presentation, Nadège Vanhée-Cybulski, the artistic director of Women’s ready-to-wear at Hermès, said: 'Picking three locations was meant to be our way of keeping a record of these extraordinary times where the situation demands more of us than a simple show. I wanted to know how the collection could feed off and contribute to the energy of very different cities and explore diverse ways of breathing life into clothes through movement.' (Filippo Fior/Hermès)
Missoni kicked off the Milan Fashion Week in February with a digital film shot at the Assago Forum, a sports venue that had been shut for months. (Courtesy Missoni )
Chanel models walked through the deserted streets of Paris to the legendary Saint-Germain-des-Prés nightclub Castel, for the brand’s autumn/winter show. (Courtesy Chanel)
Models in the Miu Miu autumn-winter 2021 collection showcased Italy’s fashionable ski resort Cortina as they meandered through a path in the snow. (Courtesy Miu Miu)
Jason Wu turned an empty storefront in New York into a grocery store for his fall collection presentation in February. (Dan Lecca/Jason Wu)