A business lesson from Ermenegildo Zegna 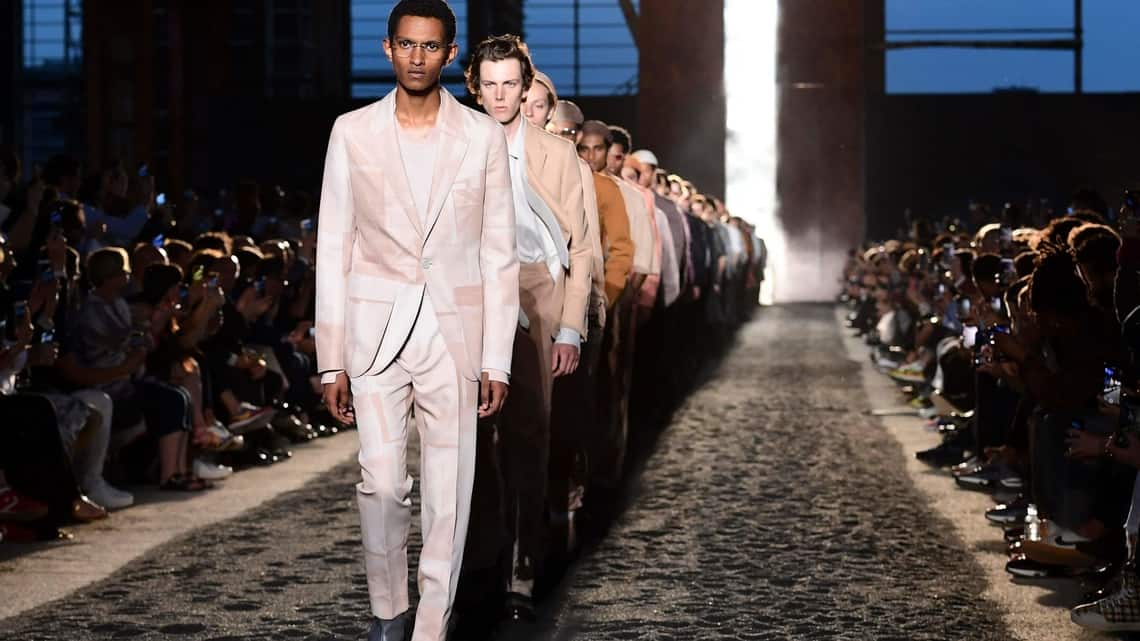 Models present creations by Ermenegildo Zegna during the men and women's spring/summer 2020 collection fashion show in Milan in 2019. (AFP)

Ermenegildo Zegna is listing its shares via a $3.2 billion deal with a blank-check company, letting the Italian fashion house join other luxury brands tapping investor cash while keeping the founding family in control.

Zegna said Monday it will raise $880 million by combining with Investindustrial Acquisition Corp., a special-purpose acquisition company whose chairman is Sergio Ermotti, former chief executive officer of UBS Group AG. The Zegna family will control 62% of the combined entity and the shares will trade on the New York Stock Exchange.

The move is a strategic shift for the 111-year-old company and it comes as luxury-goods makers keep consolidating, following the 2018 acquisition of Versace and LVMH Moet Hennessy Louis Vuitton SE’s record purchase of Tiffany & Co. this year. Zegna’s approach contrasts with those deals, as the SPAC transaction allows the company to go public yet remain controlled by the current shareholders.

“The timing is perfect, the luxury business is getting very challenging,” Gildo Zegna, CEO and grandson of the founder, said on a call with reporters. “This will create new opportunities in the future,” with the backing of “supportive partners.”

Listing in the US will also provide Zegna more visibility, Andrea Bonomi, the founder of Investindustrial, said on the call. The investment company will own an 11% stake, while the remaining 27% will be traded on the market.

Originally founded as a fabric maker in 1910 by Ermenegildo Zegna in Trivero, Italy, the company went on to become a well-known luxury menswear brand under the third and fourth generations of the Zegna family.

In 2018, Zegna bought Thom Browne as it sought to attract a younger customer base and add womenswear. The label’s revenue has doubled since the acquisition. Zegna said the brand will continue to invest as it aims to become the leader in menswear. The priority will be to grow organically, especially in digital marketing. Last month, Zegna struck a partnership with Prada SpA to invest in a cashmere maker in Italy as luxury companies seek to better control their supply chain.

CEO Zegna said that last year was the most challenging of his career. The company had to slash operating costs by 20%, an unprecedented move. Still, Zegna maintained spending on operations in China, a key market for luxury. While some regions such as Singapore are still affected by the pandemic, Dubai has been booming, he added.

Zegna operates 296 stores in 80 countries and expects sales this year to recover to the level of 2019.

Italian luxury labels have been challenged by the pandemic-induced lockdowns and some high-profile names such as Tod’s have sought backing from larger groups such as LVMH. Recently, Salvatore Ferragamo SpA poached Burberry CEO Marco Gobbetti who will join the struggling leather goods brand in need of a turnaround.

Zegna said it doesn’t intend to be a consolidator of Italian luxury brands the way rival groups LVMH or Gucci owner Kering SA have become. “We don’t have the ambition to be a conglomerate,” he said.

Firmly established in the U.S., SPACs have been gaining recent traction with companies and investors in Europe. Last week, a SPAC backed by the luxury billionaire Pinault family raised 275 million euros ($324 million) to focus on entertainment companies in Europe.