For a rapidly growing consumer base with a conscious-living mindset, a brand driven by the desire to be good and do good is most appealing

A BTech in chemical engineering from the Indian Institute of Technology, Bombay; eight years at Hindustan Unilever Ltd (HUL); an MBA from the Indian School of Business, Hyderabad, followed by stints at McKinsey and Everstone Capital—this is not the expected résumé of the founder of a brand that lays claim to being “India’s first 100% vegan beauty brand".

A month ago, I met Shankar Prasad, a man in full sleeves who told me he doesn’t start his day without a cup of filter coffee and Mint (he insists the last bit is not flattery and I believe him).

Prasad founded Plum, headquartered in Thane, around four years ago. His first job at HUL was as a production manager at a Pears soap factory, and his last stint, as part of Everstone’s consumer sector investments team, gave him the opportunity to be part of the founding team for Faces cosmetics in India. The résumé does begin to make sense.

Given the inconsistencies in Indian regulations, finding skincare brands that are “cruelty-free" is a challenge, unless you go down the Ayurveda route—but there are days one does not wish to smell of bhringraj and jappapati, or even jasmine and oudh. Agonized by visuals of mascara being tested on caged rabbits in Anand Gandhi’s 2013 film Ship Of Theseus, I had embarked on a mission to find a cruelty-free list of brands. I rejoiced at landing a list approved by Peta (People for the Ethical Treatment of Animals) but then found out that the same brands which refrain from testing on animals or using harsh chemicals in Europe and the US, are under no regulation to do so in India. So the list doesn’t hold.

“Inspired by the goodness of nature, and driven by the desire to be good and do good," Plum’s premise is appealing. I’m usually suspicious of products that advertise what they lack too enthusiastically (find me one “sulphate-free" shampoo that actually makes your hair look good). As these claim to be “paraben-free, mineral oil-free, paraffin-free, silicone-free, sulphate-free", I only decided to write this after a satisfactory month of using one of their new launches, the E-luminence Face Serum.

The packaging isn’t seductive but the brand language is consistent with the brand philosophy: over-earnest. The cartons are burdened with the mission of mentioning every ingredient. “No dairy, no honey, and all the chemicals we use are from plant sources," says Prasad. The earnestness is canny marketing strategy, given the rapidly growing consumer base with a conscious-living mindset.

Prasad’s eureka moment was that in the beauty business, skincare products enjoy the greatest loyalty, followed by haircare, and then colour cosmetics. I ask about consumer insights from his time at HUL. “The ‘one cream fits all’ consumer doesn’t exist any more. Today’s consumer reads a lot of material before she makes up her mind. And along with the overall move towards all things organic, it’s natural that beauty and skincare would also start seeing a shift in that direction," he says. 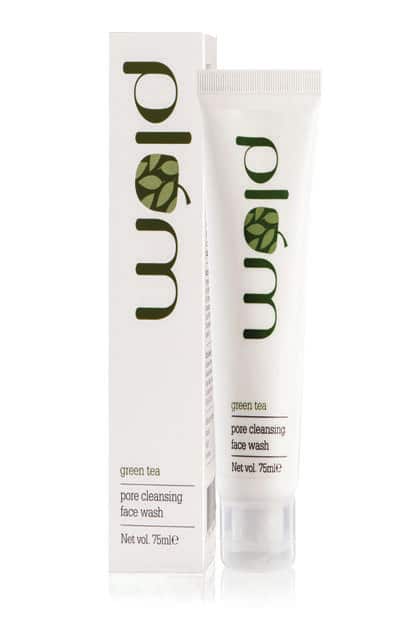 One thing that’s stayed the same? “People love a good bargain." One thing that’s changed? “The level of involvement by consumers on email and social media. The emotional level of responses has moved me...there was one woman who was so relieved when she found us because her pet beagle was rescued from a cosmetics testing plant."

Plum offers around 40 products in skincare and body and bath essentials, with a limited range of colour cosmetics. The ingredient list would appeal to the quinoa generation: grapeseed, sea buckthorn, wild cherries, kiwi and chocolate. No bhringraj in sight. With products priced at Rs335-1,175, Prasad sees Plum as being more value-added than the mass brands, but not quite prestige. “It’s a dumbbell-shaped market with mass-market brands on one end and high-end luxury brands on the other. The space in the middle felt right...it was also the consumer I understood the best. There’s a massive influx into this segment from mass brands and even some reverse traffic from prestige brands."

I am part of this reverse traffic. I increasingly feel I would rather spend Rs12,000 on a fantastic meal or other experience than building a dependence on a double serum that promises to become friends with my lipidic system.

At present, there are close to 100 retail points of sale across the country, largely counters at wellness chains like Health & Glow, but e-commerce remains the biggest avenue. Operations have been self-funded so far, but Prasad will be looking at investors later this year. There are still battles to be won. Packaging is going to be a major focus area. He’s had feedback from consumers who have demanded bamboo, biodegradable and even refillable packaging. “Some things I need to vacuum-seal. While we use no PVC or acrylic, we do use virgin (and not recycled) plastic for quality and hygiene...," says Prasad. I’d want to pick my plums and help him bat on the good side.