With four slim pockets for cards and money bills, this handcrafted leather card holder is a stylish substitute for a wallet.

Tracking Titles: ‘The Wealth Of Nations’ by Adam Smith

‘The Wealth Of Nations’ by Adam Smith

The first American edition (1789) of Adam Smith’s masterpiece, An Inquiry Into The Nature And Causes Of The Wealth Of Nations. First published in 1776 in the UK, it’s considered to be the foundation of modern economic thought.

A superhero way to manage your money.

Game On: E-Monopoly by Hasbro

The ultimate money-making board game has caught up with the cashless economy. Hasbro combines classic Monopoly with electronic transactions. The cash and bank is replaced with the four debit cards that players can scan on a handheld electronic banking unit to make purchases and pay off debts. 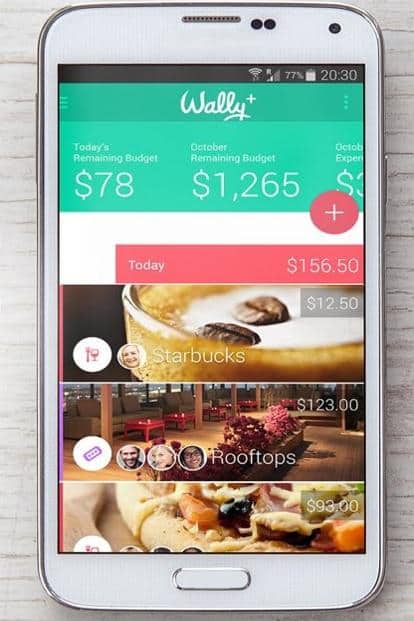 This personal finance app helps users track expenses and set budget goals. The app, available on iOS, keeps a tab on where, when and how much money users spent. A new version, Wally+, is available exclusively on Android.

Free on iOS and Android

Unverified data suggests that the population of bad people in the world is growing at an alarming rate of 18.5% per annum. Credit card fraud is a $16 billion (around Rs1 trillion) problem every year in the US alone.

Let’s go back in time. The magnetic strip on your credit card made its global debut around the 1960s. The strip had all your details. But skimmers were smart. They learnt how to read and replicate that data. Soon they stripped us of considerable money.

Come 2003, the world woke up to the alarm bell call of chip and PIN technology. But skimmers learnt how to fish for data in those chips. More recently, contactless cards sashayed down the ramp of cool. So we now have cards that have the Wi-Fi symbol.

In 2012, the UK government urged Barclays to recall 13 million credit and debit contactless cards. Only because e-pickpocketeers were stealing data without making contact with their victims. Even today, they have access to our personal data, transaction details and money (are you sweating? Try the Alvarez Gomez towelettes).

This plastic card, that remains in your wallet and is always on guard, receives the intruding signal from the bad guys and provides a 9cm e-shield around your wallet. Effectively, blocking any request for data. A RFID blocker.

But why take my word for it? Hold up the ScanJam card against your bank card while conducting a contactless transaction. The bank card will not be able to communicate with the terminal until you take your ScanJam card away.